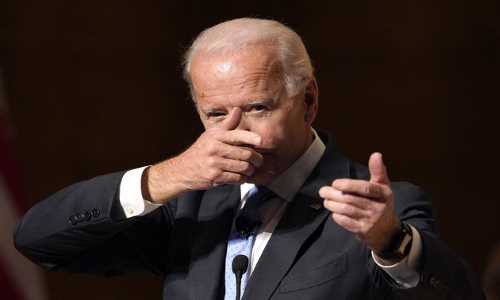 By Bob Unruh - WND News Center January 11, 2023
Share this article:
Colleges and universities that are faith-based are being warned by a former Department of Education official that the Joe Biden administration, which has pursued transgenderism and abortion as two of its primary agenda points, could be coming after them.
The warning is from Bob Eitel, the head of the Defense of Freedom Institute and a former senior counselor to the secretary of education.
His concern was documented in a report at the Washington Examiner, which cited the federal bureaucracy's announcement that it will "revisit" regulations issued under the Trump administration concerning accreditation, student loans, and more.

The impact of those rules changes at the time primarily was to protect the rights of colleges and universities to follow their faith standards, and were created by consensus of all the stakeholders involved.
"That the Biden Education Department would take it upon themselves to undo that consensus doesn't make any sense," Eital explained to the Examiner during an interview. "And given some of the anti-faith postures taken by the department in the Biden administration on issues of religion and faith and culture, anybody who attends a faith-based institution should be very concerned about what the department might do."
The Biden administration has moved aggressively against Christians in several ways, trying to force doctors and nurses of faith, as well as faith-based institutions, to do body-mutilating transgender surgeries as well as abortions.
Eitel said the Trump changes were to protect religious institutions from accrediting agencies or others who wanted to force them to adopt "curriculum" that violated their faith.
Eitel warned Biden wants to remove those protections "because these issues bleed into their priorities regarding gender identity and the rights of transgender students and individuals."
The result of Biden's moves against religious schools could be their disqualification from participation in federal student loan and other programs.
Eitel told the Examiner those agencies often try to force their own versions of "equity" and "diversity" on Christian schools in ways that violate biblical teachings.
He said the present standard is that agencies must "respect" the religious mission of faith-based schools, but his concern is that through its move to review those protections, the Biden administration is assembling a process to attack them.
Originally published at WND News Center - reposted with permission.