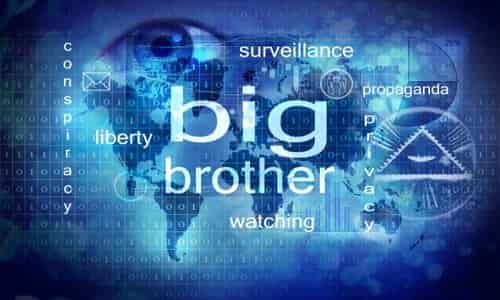 By Tom Olago January 19, 2016
Share this article:
For those nervous about digital and physical privacy intrusions and the reach of Big-brother type surveillance tactics, things just got a lot worse. President Barack Obama recently signed into law a bill that includes new spying powers and reporting powers for government, corporations, and private citizens willing to spy on others.

John Knefel for Inverse.com reported that the massive spending bill included new spying powers for the government and corporations. Attached to the must-pass budget legislation was the Cybersecurity Information Sharing Act (CISA), which allows tech companies to pass user information to the federal government under the guise of preventing cyber attacks.
Knefel warns that laws like CISA will continue to break down barriers between privately collected data and governments who will seek to exploit it in the name of cybersecurity or terrorism prevention.
Critics say the law wont do anything to secure vulnerable networks, but will drastically expand the governments surveillance powers. For one, CISA gives seven agencies  including the NSA  broad access to personal information collected by online companies without requiring a warrant.
Evan Greer, Fight for the Futures campaign director, refers to CISA as "the new Patriot Act," and "a bill that was born out of a climate of fear and passed quickly and quietly using a broken and nontransparent process."
Companies are getting in on the spying trend too with powerful cameras and related software. An example is UK company Facewatch, which has developed a way to crowdsource a watchlist that allows shop owners and restaurant managers in Britain to share CCTV footage to identify shoplifters or others deemed undesirable.
Worse yet is the implication that you dont need to be convicted of a crime, or even accused, for someone to tag you as a Facewatch person of interest. Even reformed criminals who have paid their debt to society may still be vulnerable to the radar of surveillance databases lagging in updates.
According to Knefel, Facewatch takes an old idea  neighborhood watch programs  and combines it with the most powerful surveillance technology ever created. The companys website makes clear that its roughly 10,000 clients work closely with police and prosecutors in investigating and preventing crime.
Another company, FST Biometrics offers a product that combines facial recognition with full-body identifiers  like height, shape, and gait  to improve the softwares accuracy.
Vehicle surveillance via an automated license plate reader is another privacy-intrusion capability that anyone with a computer and an internet-enabled camera can quickly set up. This is possible courtesy of OpenALPR, which allows the recording into a database of every vehicle that drives past a strategically-positioned camera.
OpenALPR also allows its user to view "the full history of a vehicle as it drives through your property" using a simple search.
Several privacy advocates have reportedly said that creating open-source license plate databases is currently perfectly legal. Concerns abound, though. One such worry is that its just a matter of time until a license plate reader data blackmail-style website appears.
Also disturbing is the apparent scarcity of due-process protections outside of court systems, and the lack of recourse for people who are unknowingly or wrongly placed into surveillance watchlists. Virtually everyone is 'game' - a legitimate target, whether clean or criminal.
In an article for anewdomain.net, Jim Kelly reports that representatives from the CISA-supporting U.S. Chamber of Commerce say that the concerns raised by stakeholders are all unwarranted paranoia.
Yet, companies who would benefit most from such legislation have surprisingly opposed CISA - including a long laundry list of technology companies. Even the Department of Homeland Security has opposed it, in a letter in response to questions by Sen. Al Franken (D-Minn.), saying that the law sweeps aside various civil liberty and privacy protections.
Kelly further asserts that without a substantial reason for requiring the data, the government should be prohibited from encroaching on the constitutional freedoms of Americans without wielding carte blanche authority to engage in invasion of privacy and civil rights abuses.
In addition, courts should review these requests and comprehensive privacy laws should apply to everyone, in order to avoid possibilities for abuse and overreaching by government and corporations.
Indications are that this trend is far from being an American problem, and has spread its tentacles worldwide. An annual report of the human rights and democracy group, the U.S.-based non-profit Freedom House, recently announced an unprecedented expansion of censorship globally involving public interest issues and imposition of surveillance over the broadband Internet.
A related "Freedom on the Net" report in October showed that 32 nations have deteriorated in Internet privacy and human rights freedom and transparency, including Libya, France, and Ukraine. Reasons given for such crackdowns typically include security surveillance and investigations, as well as censorship of government criticisms.

Measures taken to enforce control have included the enacting of new laws to increase and upgrade surveillance measures while restricting encryption and anonymity tools.
Privacy activists continue to fight back. One such instance was published in fresnobee.com by Andrea Castillo. The article recounted that the American Civil Liberties Union (ACLU) recently slammed the Fresno Police Department for testing social media-screening programs, suggesting police could use them to monitor protest groups and accusing the department of keeping the public in the dark about the testing.
"This kind of surveillance can place people under suspicion simply for speaking their mind online," wrote ACLU technology and civil liberties policy attorney Matt Cagle in a blog post.
Fresno Police denied the allegations and say theyve only been testing services for possible use in monitoring violent crime and terrorism  not for spying on critics. They further stated that the programs were not meant to make people feel like "Big Brother" is watching because its all publicly and commercially available data.
The embattled privacy fraternity would certainly expect the court of public opinion to be on their side. Not so fast  a whopping 60% of Americans say the federal government should be permitted to engage in warrantless surveillance of Internet communications. This data was based on a recent survey, the results of which were posted in the Washington Examiner and expounded on by Rudy Takala.
The actual survey was conducted by the Associated Press and the NORC Center for Public Affairs Research. This apparently surprising poll outcome appears to have been motivated by security fears following the terrorist attacks in Paris and San Bernardino, California. In that context, it makes more sense: public opinion favoring personal security measures over privacy rights.
While privacy groups may grit their teeth over this trend, government agencies involved with surveillance will be glad that they have something going their way.
Meanwhile, the ordinary citizen with internet access and records online can only hope that the monitoring authorities will not abuse the information entrusted to them. Not very reassuring if history is anything to go by.