Do Christians Know Their Doctrine? 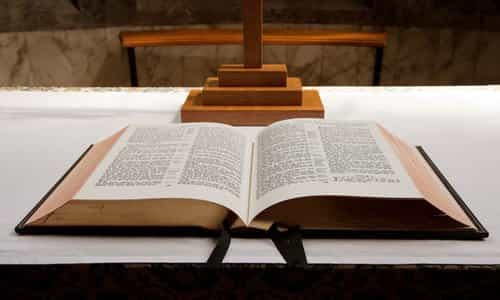 By PNW Staff October 06, 2016
Share this article:
How well does the average American understand basic Christian doctrine?
LifeWay Research and Ligonier Ministries decided to find out and have just published the results of a second large-scale survey conducted of 3,000 American adults who were presented with 47 questions on basic Christian doctrine.
In the previous study, respondents were left free to self-identify as evangelicals but in the most recent survey, the answers to several key questions were used to identify Christians as evangelical by their beliefs.

Of the 3,000 total adults surveyed, 586 individuals provided statements that identified them as evangelicals. Allowing a comparison to the previous survey in which individuals self-identified, the result was surprisingly similar in most regards.
For purposes of the survey, an evangelical Christian is someone who believes that the Bible is the highest authority, the spreading the Gospel is important, that Christ's sacrifice on the cross is the only way to atone for our sins and that belief in Jesus Christ is the only means of salvation.
The research extracted from the full forty-seven questions shows a wide range of differences within Christian orthodoxy, either in the form of differing belief or admitted confusion over specific points of doctrine.
Some of the questions that set evangelical Christians apart from others include:
- People have the ability to turn to God of their own initiative (82% agrees)
- Individuals must contribute to their own salvation (74% agrees)
- Jesus is the first and greatest being created by God (71% agrees)
- God is omniscient but does not control all that happens (65% agrees)
- My good deeds help earn my place in Heaven (39% agrees)
As a common point of agreement from nearly all evangelical Christians, the respondents expressed their belief that God is triune (97%), perfect (97%), and responds to our prayers (94%).
Those polled showed a surprising tendency for relativistic thinking, especially in contrast with their affirmations that Jesus is the only path to salvation.
Although all the evangelicals in the survey expressed their agreement that "the Bible is the highest authority for belief" and a strong 95% also believe that the Bible has the power to command our lives.  Fully 30% of evangelical Christians expressed their belief that "the Bible was written for each person to interpret as he or she chooses."
The effect of this belief should not be underestimated because, ironically, it is through personal interpretation that the Word of God continues to be taken as the basis for new belief systems that are each further from orthodoxy.
There is a sense of personal freedom, yes, but also a hint of the postmodern among professed believers who claim both an authoritative, infallible divine text but also their right to interpret it as they believe best.
Larson urges that it seems like the "Protestant principle of the right of private judgment" and that "It would take a series of additional questions to figure out what is really going on here".
Also surprising was the response that God "accepted the worship of all religions including Christianity, Judaism and Islam".
Whereas 64% of non-evangelical Christians surveyed agreed with that statement, evangelicals concurred, at 48%, though they did also affirm that salvation is only possible through Christ.  This was still an unusual pluralistic streak amongst an otherwise fairly conservative group.
As the survey authors point out, simply accepting the worship of other religions doesn't necessarily mean that God will heed their prayers and additional questioning may be needed to explore such grey areas.
Confusion exists particularly around the nature of the Holy Spirit with 28% expressing the belief that the Holy Spirit is not equal to God the Father or Jesus Christ the Son, and 56% believing that the Holy Spirit is a force and not a personal Being.

"I'm surprised that people seem to know and affirm the formula for the doctrine of the Trinity, but aren't able to connect that to the Gospel truth that Jesus and the Spirit are truly and fully divine".
Speculating on the causes and effects of numerous points of confusion on basic issues of orthodox doctrine, the study authors write that "The survey underscores our desperate need for sound doctrinal teaching in the local church.
"I fear we're spending too much time in cults of personality around charismatic superstar pastors who often focus more on their personal theological idiosyncrasies and pet ideas than on basic Christian orthodoxy."
An American spirit of individualism and independence pervades the list of responses to the 47 questions. The danger is, of course, a continued process of fracturing of the church and drifting away from established, orthodox belief.
As individual interpretation and charisma in the pulpit grow in disproportionate value, so does knowledge of the word of God shrink. While the survey showed great common ground in some points, it also revealed surprising levels of liberalism and relativism even within the generally traditional and conservative evangelical community.
Timothy Larsen, professor of Christian thought at Wheaton College, explained the confusion on basic points of theology as a product of later-in-life conversions to Christianity. Even internal contradiction between responses on the same survey are possible from believers who are not firm, consistent and certain in their beliefs.
Thus, if nothing else, the survey indicates the need for consistent and disciplined teaching of Christian doctrine in a population that has grown more diverse, accepting and open to other, even aberrant, views.