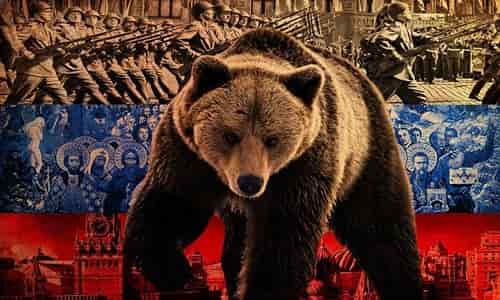 By PNW Staff October 13, 2016
Share this article:
Ominous signs continue to emerge out of Russia as media sources in Russia report that state officials and government workers were told to bring back their children studying abroad immediately, even if means cutting their education short and not waiting until the end of the school year.
The reason for the instruction was not clear, but the two suggested possibilities by most analysts: Russia is preparation for war against the West, or President Vladimir Putin is displaying his domination over the country's oligarchs and forcing those with children studying in the US and Europe to bring them home.
Taken in isolation such actions may not seem that troubling, however mounting tensions between Russia and the United States, as well as other NATO block countries have been a source of concern for months now.

Many experts fear that Russia has begun to accelerate to a war footing. From direct warnings to the United States in Syria to thinly veiled threats of invasion in Sweden, Estonia, Lithuania and Norway, Russia is making its intentions clear while at the same time positioning warships, anti-aircraft missiles, nuclear weapons and divisions of its military in preparation for war.
A treaty agreement with Syria that authorizes an open-ended Russian troop presence passed the Russian Duma on October 7th. The treaty follows both the heaviest Russian bombing of the rebel-held Aleppo thus far in the war and the collapse of a cease-fire backed by both Russia and the United States.
Last Thursday, just one day before signing the treaty that would allow an indefinite Russian presence at the Khmeimim air base in Syria, Russia warned the US that its air-defense missiles would fire upon any foreign power attempting to fly over Syrian airspace, including US warplanes should they try to interfere in Assad's brutal oppression.
Russian S-300 and S-400 anti-aircraft missiles now cover Russian troops spread throughout Syria and any US strike on ISIS or the Assad regime runs the risk of either hitting Russian personnel or being downed by Russian air defense, either of which would pull Russia and the US into direct conflict.
At a time when the United States is reducing its nuclear arsenal, Russia has announced plans both to modernize and to expand its own nuclear capabilities. Russia's 1,796 currently deployed nuclear warheads represents a 246 warhead breach of the treaty limit (1,550) established in 2011.
Russia currently leads the United States by 429 warheads and that gap is likely to grow in the near-term with Russia's announced plans to expand nuclear deployment this week. Of particular interest are claims that the Russian short-range SS-25 ballistic missile, a road-mobile nuclear strike vehicle capable of hitting targets across Europe, has been recently deployed despite a 1987 treaty ban.
Inside Russia, near St. Petersburg, a series of missile drills with Iskander missile systems has created concern in nearby Finland and Estonia. The military exercises of the Leningrad missile brigade simulate a preemptive missile strike against enemy infrastructure. This follows after a simulated Russian nuclear strike and invasion of an enemy that looked qfuite suspiciously like Sweden last year.
Neighboring countries have been preparing for Russian invasion for the past several years, but most recently Sweden has followed Norway's example in reinstating conscription, this time of both men and women, in the face of the looming Russian threat. The presence of Iskander-M missiles in Kaliningrad, between Poland and Lithuania, is positioned as a direct threat to NATO countries.
Attempts by the United States to protect Poland and Romania with anti-missile defenses has been decried by Russian diplomats as a provocation that would render these countries as targets in the event of a Russian strike. The Russian intention to position offensive strike capabilities while bullying its neighbors into weakening their defenses cannot be more transparent.
Within Russia, in addition to the construction of massive nuclear bunkers in major cities and strategic military sites, the past week saw a national drill involving 200,000 emergency responders and 40 million civilians.

The 4-day long exercise practiced a national response to a simulated nuclear strike on Russia by the US and represented a civil defense drill unprecedented in its scope. No small feat, in addition to the 40 million civilians and 200,000 emergency personnel, the effort involved an estimated 50,000 pieces of military equipment as well.
Russian media, in a campaign to incite national fervor against the West, accompanied the national nuclear defense drill with rhetoric blaming nuclear escalation on US "schizophrenics" hungry for war.
Understanding the possible consequences of a Russian invasion of Europe or open war with the US, Russia is taking steps to prepare its people for a nuclear counter attack, both psychologically and through drilling its citizenry and hardening its infrastructure.
Russian Deputy Defense Minister Nikolai Pankov briefly mentioned this week the possibility of re-establishing military bases in both Vietnam and Cuba, both of which had been closed in 2002 in an effort to scale-back Russian military presence around the world. Also this week, Russia sent additional warships into the Mediterranean to join the fleet already positioned there.
The most recent warship, the Mirazh missile cruiser, follows after Wednesday's arrival of two more Black Sea Fleet missile corvettes, the Serpukhov and the Zelyony Dol, both of which carry a complement of Kaliber long-range missiles.
Russian Navy representative Nikolay Voskresensky announced that these would add to the permanent Russian presence that is being used to conduct strikes within Syria and will be ready to respond to any threats.
With such a series of Russian actions, including military buildup, large-scale aggressive exercises, massive civil defense drills, global expansion and even direct threats to NATO countries, there is little wonder that officials are concerned.
Tensions have ratcheted higher and the possibility exists for a single bomb or missile to trigger war on a scale that the world hasn't seen for more than half a century.
One Russian official recently summed up such fears by stating that if a US plane were seen as a threat to Syrian or Russian troops, there would be no time for a red-phone hotline call before it would be shot down by anti-aircraft missiles. That a wider war would inevitably follow is a foregone conclusion.