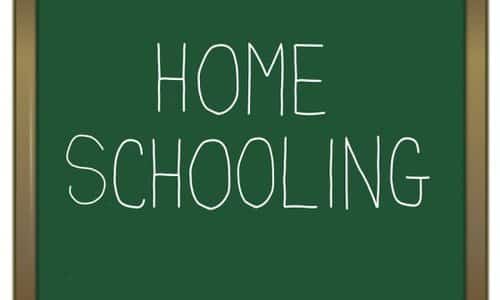 By PNW Staff November 11, 2016
Share this article:
Those who are homeschooled are more likely to have a solid educational and spiritual foundation on which to build productive lives.
According to a report just released by the Department of Education, nearly two million students are now being homeschooled in America. In an age when many are prone to be pessimistic about the direction of our country, that is good news indeed.
The National Center for Education Statistics (NCES), a division of the U.S. Department of Education that is responsible for collecting and analyzing schooling data and educational trends, offered a detailed insight into the expansion of homeschooling from 1999 to 2012.

In its report, "Homeschooling in the United States: 2012," the NCES found that the number of homeschooled students doubled, from approximately 850,000 to 1.8 million.
Though the next set of hard data will not be available until 2017, it is likely there will be another spike in the numbers as parents' dissatisfaction with Common Core continues to grow.
Educational bureaucrats' obsession with testing is the result of a drive for centralized planning and control and parents are rebelling against progressive education's love affair with tests, forms, and statistics at the expense of their children having any real understanding of History, English and Literature.
It isn't just fundamentalist parents anymore choosing to homeschool either. Mary Pride, author and publisher of Homeschool World and Practical Homeschooling magazines says that the "new" homeschooling families comprise "basically everyone -- a sampling from every demographic, political, and ethnic group."
Ethan Reedy, president of the DC Home Educators Association sees the growth trend to include a more diverse set of homeschoolers. "The homeschool community in America is growing, not just numerically, but in diversity.
An earlier generation helped people understand that homeschooling was possible and that it produced better outcomes, on average, than American schools do," said Reedy.
The NCES notes that "nine in 10 homeschooled students' parents reported that concern about schools' environments was an important reason for their decision to homeschool."
Many parents did say they desire for their children to have moral and religious instruction but they also uniformly pointed to their dissatisfaction with the academic instruction at other schools, believing that a nontraditional approach to child's education produced better results.

While many Millennials are waiting longer to get married and have children, those who do so are turning to homeschooling in greater numbers than their parents. An earlier study found that Millennials who are homeschooled are more likely to continue in the faith than those who attend public or private schools.
Parents are beginning to see that Common Core will not improve American education. It is a socialist experiment that will impose an inflexible, one-size-fits-all, education scheme on America's children.
It drastically harms the way both English and Math is taught, and violates the right of parents to have a say in their children's education.
Homeschooling does more than ensure children are not faced with competing belief systems, however. The longer a family homeschools, the more its commitment tends to grow to liberty and an entrepreneurial mindset.
It may well be that homeschooling will be the salvation of the Millennial home, and serve as a course correction for the American home and this nation.