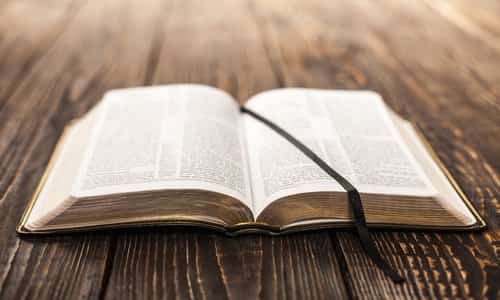 By PNW Staff November 30, 2016
Share this article:
We have all read the headlines: Church attendance is shrinking and Christians are losing their faith. What those headlines often don't reveal is which churches are in decline and why.
Now, a recent study has shed some new light on the difference between the churches that have seen their membership drop and those that have seen incredible growth in recent years.
The short version: churches that preach a literal interpretation of God's word to an enthusiastic congregation continue to expand. On the other hand, the mainline protestant churches that have progressively diluted or reinterpreted God's word have suffered losses of membership.
Previous studies had downplayed the role of theology in declining church membership, but new research conducted with 2,225 churchgoers in Ontario, Canada disputes those findings.

The study included 29 interviews with clergy and 195 interviews with members of church congregations as well and both theology and active church participation stand out as the key factors of a church's status.
More specifically, those churches that interpret the Bible literally and maintain a focus on evangelism are thriving. The paper will be published in the upcoming issue of the academic journal Review of Religious Research.
David Haskell, the lead researcher, stated that "if we are talking solely about what believe system is more likely to lead to numerical growth among Protestant churches, the evidence suggests conservative Protestant theology is the clear winner."
He went on to emphasize that the growing churches in the study "held more firmly to the traditional beliefs of Christianity and were more diligent in things like prayer and Bible reading." Age of the congregation was an ancillary growth factor as well as the less
traditional use of drums and other less-traditional musical instruments in worship services.
The most powerful factor, however, was the belief system. Haskell's research into social groups indicates, not surprisingly, that churches with a consistent, unified message and clear boundaries between outsiders are more attractive to people both in the church and outside.
The certainty of faith is, in other words, a powerful tool to call new believers to Christ. Among the other findings of the study are these key differences on questions of belief: