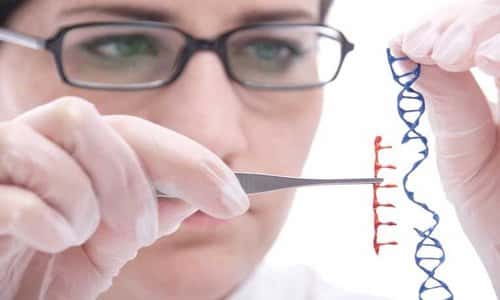 By PNW Staff January 10, 2017
Share this article:
Fears that genetic engineering could subvert natural selection have been mostly groundless--until now.
A technique known as a "gene drive" uses molecular mechanisms to increase the inheritance of an engineered trait far above normal, all but ensuring that the offspring carry the new trait, whether harmful or not.
The highly reported CRISPR-Cas9 technology, which was introduced in 2013 and proliferated in 2016, now allows even amateurs to experiment and for low cost.
The combination of using gene drive techniques with CRISPR-Cas9 could be the release of newly created species that would, within just a dozen generations, completely push out all natural versions.
How it Works
Sexual reproduction owes its success to the system by which genetic traits are encoded on the alleles of both parents. In theory, both alleles would have an equal chance of being passed on and some would present greater survival chances to offspring.
Natural gene drives are molecular mechanisms that give one allele a greater chance of being transmitted (above 50%), but in the long term healthy traits are favored.

Artificial gene drives circumvent this natural process by boosting transmission rate for a particular trait far above normal, even if it is detrimental to the organism.
In simple terms, an endonuclease gene drive operates on the molecular level by cutting chromosomes that do not encode the drive gene at a specific site in the genetic code and inducing the cell to repair the damage by copying the desired sequence into the damaged area.
When the resultant organism mates, the change will pass to the next generation at a rate near 100%, easily displacing any competing traits.
By introducing just one modified organism in a population of a thousand, within 12-15 generations (depending on the breeding patterns) it will be present in every individual in the population, even if the trait is harmful.
Genetic engineers, which now includes anyone with a few hundred dollars to spend on CRISPR-Cas9 equipment, are essentially tricking cells to pass on a selected trait, either natural or artificial, in a way that completely subverts the process of natural selection.
How Easy Is it?
This year, a group of undergraduate students from the University of Minnesota nearly created their own gene drive in order to take part in a science competition.
Inspired by a recent paper on gene drive techniques, their goal in the international synthetic biology competition, iGEM, was to transform red yeast into pink, then reverse the process with a second gene drive that reverted the yeast back to its original color.
Without millions of dollars in lab equipment and even lacking a university degree, the ambitious students came close to succeeding.
In the end, the student scientists ran out of time before the contest ended. But with CRISPR-Cas9 technology in the hands of hobbyists with months or years to experiment, rather than just a few weeks, the results may be very different.
What Is the Benefit?
The United Nations Convention on Biodiversity met recently in Mexico as world governments called for a moratorium on gene drives.
The convention stopped short of issuing any such ban, but did advise caution on field testing any synthetic products of biology and to better evaluate risks involved.
This could perhaps be due to the rich and powerful, such as the Bill and Melinda Gates Foundation, now pouring resources into gene drive technology.
Wielded by experts, gene drives have the potential to change our world profoundly.
Gene drives, because they depend on sexual reproduction, cannot be applied to viruses or bacteria, but they are useful for modifying livestock, disease vectors (such as mosquitos) and plants.
Though illegal, there is no practical barrier preventing the use of gene drives in humans either. With over 4,000 single-gene genetic defects in humans (cystic fibrosis for example) that affect in total about 1% of the population (or as many as 70 million people on a world scale) the benefits of turning off those defects is incredible.
The Bill and Melinda Gates Foundation has so far invested $75 million in gene drive technology to eradicate either mosquito populations or their ability to transmit disease.

The foundation has predicted that they will be able to install the gene drives in mosquito populations on a large scale in two years. Another large project involves modifying mice in Australia to produce only male offspring.
Such a gene drive could be incredibly effective at wiping out rodent populations, or any other for that matter.
What is the Danger?
Using gene drives on humans is illegal because the dangers are exactly as depicted in dozens of pulp science fiction stories of genetic super-humans out-competing unmodified humans.
Now that the cost and difficulty of such editing has fallen so precipitously, there may have already been human trials occurring in underground labs for those with the ability to pay.
The use on livestock, while it may have the possibility of preventing disease, also poses the risk of unintended consequences when the genes break out into the wild. Any scientist suggesting gene drives for controlling invasive species or
modifying world mosquito populations must stop to consider what other consequences that tampering with nature could have.
Once out of the lab, a gene drive would quickly spread through any populations that breed with the modified organism. Due to its super-dominant nature, it would soon erase any "normal" organisms.
Add inevitable mutations to the equation, and the possibilities become even more uncertain. Species could be wiped out, or perhaps made far more invasive than before.
Food sources could become inedible or if used against humans, specific populations could be targeted.
We are on a perilous course to override natural selection, first in a bid to battle mosquitos but after that, who knows?
No one can predict with any certainty what new dangers lie ahead, but in this 'brave new world', it will be terrifyingly easy for even amateur scientists to play God--or the Devil.