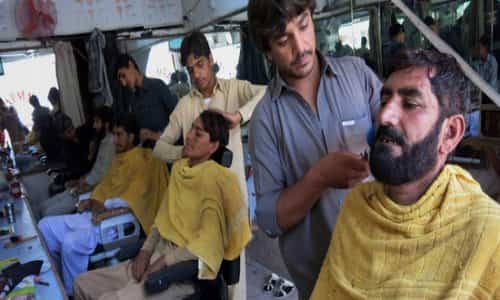 By Tom Olago February 08, 2016
Share this article:
Theres an old saying: 'If it looks like a duck, swims like a duck, and quacks like a duck, then it probably is a duck'.
ISIS has embraced the principle behind this saying and encourages its followers and supporters to employ a wide variety of 'disguise and pretense' tactics in order to facilitate terrorism through infiltration.

'If it looks like a Westerner, behaves like a Westerner, and talks like a Westerner, then it probably is a Westerner'. Thats the version that ISIS seems to prefer, in the hope that ISIS terrorists can be mistaken for harmless and law abiding Westerners while spying and setting the stage for their next terrorist attacks.
Samuel Smith for the Christian Post reported that a detailed Islamic State "secret agent" training manual had been distributed on the Internet. It was designed to provide prospective ISIS supporters in Western nations with ways to disguise themselves and their motives when trying to plan and carrying out "lone wolf" attacks and espionage missions.
The 71-page eBook made a number of recommendations on how best to do this. Proposals made to underground extremists in the West include the following:
- Not to show any signs that they're devout Muslims so that they do not raise suspicion from national and local law enforcement agencies.
- Not to grow their beard out, if they haven't already. If they have, then they are advised not to shave their beard completely because that would evoke suspicion from friends and family. Instead, the book suggests that supporters should trim their beards into fashionable goatees to fit in better with society.
- For female jihadis, the book advises them not to wear black hijabs and suggests that they wear colored hijabs, because women wearing black hijabs are more likely to be searched in an airport.
- If supporters need to communicate over the phone or Internet, it's important for them to use code words in order to throw off authorities.
- If the sympathizers are communicating by letter, they should write in lemon juice, which the recipient can read by warming up the paper.
- ISIS supporters should change their Muslim names to something more Western and should act more friendly to help increase the chance that they get some kind of inside government job that will help them carry out their espionage objectives. For instance, a supporter named "Ali" should change his name to "Al."
- Using Western nicknames to gain more acceptance by non-Muslim colleagues.
ISIS is still actively pushing this strategy, especially now that anti-terrorism is so high a security priority worldwide. Early January, the Jerusalem Post reported the release of a handbook for 'wannabe' terrorists in Britain on how to blend in while planning a terror attack in order to avoid being detected by police.

The 58-page English-language booklet titled 'Safety and Security Guidelines for Lone Wolf Mujahideen', was written in Syria and created so "non-Arabic speaking brothers ... may apply it to their blessed operations."
Additional specific recommendations included avoiding the following:  having a beard, wearing qamis (long tunic), using miswak (a teeth-cleaning twig recommended by Prophet Muhammad) and having a booklet of dhikr (short devotional phrases and prayers).
Things to do include:  wearing necklaces with a cross - but only those without Arabic names on their passports because "it may look strange". Also recommended is the wearing perfumes and colognes containing "generic alcoholic perfume as everyone does" something usually avoided since Islam prohibits the use and consumption of alcohol.
According to The Business Standard, the booklet also includes suggestions for where to stash fake passports and to use nightclubs with loud music as the best place to "secretly discuss the details of an operation".
Could these tricks be just the tip of the iceberg? There are probably a whole lot more that have not yet been publicized. And with the possibility of cross-necklaced extremists coming to churches disguised either as Christians or as 'truth seekers', its a perilous hour indeed for the West, and indeed for the entire world where ISIS and likeminded groups do not yet hold sway.