Trans-Gendered, Trans-Species and Trans-Aged - Where Does It Stop? 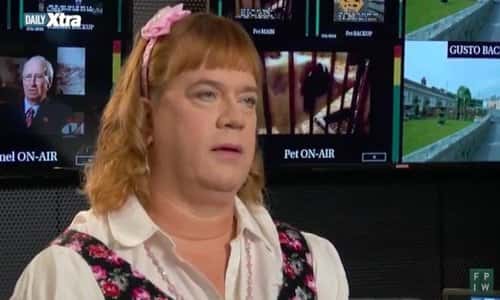 Alberta is sometimes called the Texas of the North.  Both share similar conservative values and a reputation for being associated with oil discovery. Alberta has the world's third largest oil reserves, with 170 billion barrels of proven reserves.
Houson, Texas, the state's most populous city, and Alberta have both found themselves at the center of controversy over LGBT issues after electing politicians who made no secret they would promote social values opposed by Conservatives.
Former Houston Mayor Annise Parker, the first openly gay mayor of a major U.S. city, came under fire last year for her attempts to subpoena church sermons, among other documentation, from five local faith leaders. Officials requested that these preachers deliver communications that focused on homosexuality or the contentious equal rights ordinance, which these individuals have fervently opposed.
The subpoenas sought, "all speeches, presentations, or sermons related to the ordinance, the Petition, Mayor Annise Parker, homosexuality, or gender identity prepared by, delivered by, revised by, or approved by you or in your possession," according to the Houston Chronicle.
Alberta has now introduced its new guidelines for all public schools to help create "learning environments" that were more inclusive and that "respect diverse sexual orientations, gender identities, and gender expressions." Here is just a sampling of some of these new guidelines and how the government expects them to play out in everyday life in schools:
No dividing students, or even class lists, by girls and boys, "When creating student/staff lists, school staff ensure gender designations are not included either beside individual names or as a composite number for the group."
Students choose their own pronouns, All individuals have the right to be addressed by their chosen name and to choose pronouns that align with their gender identity and/or gender expression. . . . Some individuals may not feel included in the use of the pronouns 'he' or 'she' and may prefer alternate pronouns, such as 'ze,' 'zir,' 'hir,' 'they' or 'them,' or might wish to express themselves or self-identify in other ways (e.g., Mx. instead or Mr., Mrs., Ms., or Miss, or no prefix at all)."
Students choose their own sports team. School staff should "avoid structuring courses or activities based on gender-specific roles such as 'boys' versus 'girls' in academic, athletic or talent competitions. If teams are divided by boys and girls, the student should be given the opportunity to participate on the team that reflects their gender identity and expression."
Students choose their own restroom and change room. "Students are able to access washrooms that are congruent with their gender identity." And if a student objects to sharing a washroom or change-room with a student who is trans or gender-diverse" the student that objects should be "offered an alternate facility."
Do not use the terms "Mr., Ms., Mrs., mother, father, him, her, etc.," but instead use "non-gendered and inclusive language" on school forms, websites, and letters such as "parents/guardians, caregivers, families, partners, student or their."
These new guidelines that the province of Alberta has put together are an attempt to be more "inclusive" and make sure everyone feels comfortable.

But few are thinking through the full ramifications of accepting such regulations.  Encouraging and enforcing the right of children to self-identify is a dangerous path.
Who is to choose what is acceptable and what is not?  The Department of Education? How does one endorse Gay Marriage and not Polygamy? And where does it stop?  Or does it?
Do we endorse Sologamy Rights? Yes, sologamy, the right to marry yourself.  No joke.  Bethany Blankley reports on this growing trend in Charisma Magazine:
Timothy George highlights a revived trend in lifestyle choices in First Things, called "sologamy," which began over 20 years ago. George writes: "Sologamy is the marriage of someone to one's own self, the his- or her-ness is not relevant, although it seems to be mostly women who are doing it." Self marriage is not recognized in the U.S. or Europe, but nevertheless, more reports are surfacing of individuals marrying themselves.
The first person to marry herself to herself was Linda Baker in December 1993, George reports. Another is Sara Sharpe, "who wrote about her self-marriage in A Dress, A Ring, Promises to Self."
Last January, the Houston Chronicle reported that Yasmin Eleby "married herself at the Houston Museum of African American Culture ... in a lavish ceremony with 10 bridesmaids in attendance, plus family and other guests on hand to celebrate the event." Her ceremony was illegal, not recognized by the state or federal government as marriage. Her sister performed the "ceremony," and Yasmin went on a honeymoon with herself to "Cambodia, Laos, and a jazz festival in Dubai."
And CNN's Anderson Cooper interviewed a North Dakota woman, Nadine Schweigert, who married herself in front of her roughly 40 close friends. These were her vows:
"I, Nadine," she said to herself, "promise to enjoy inhabiting my own life and to relish a lifelong love affair with my beautiful self."
Whereas there are certain limits, I think, to how people are going to choose a marriage context, the idea that we can choose to self-identify whatever we want is limitless.
Can we self-identify as another race?  The most famous case debating this issue was Rachel Dolezal of Spokane Washington, who led her local chapter of the NAACP and claimed to be black, although she was born to white parents.
Forget Trans-Gendered - how about Trans-Species. Take for instance, Nano, a 20-year-old Norwegian, who says, "I was born in the wrong species." Nano believes she is trapped in a human female body instead of a feline body.
She hisses at dogs and claims her night vision and sense of smell is better because she is really a cat. She even meows in "cat language," The Daily Mail reports.
Or how about the rights of the Trans-Aged: individuals whose age does not align with the date they were assigned at birth. Take the case of Paul Wolscht, a 52-year-old Canadian man who, after having seven children, asserted that he identifies as a 6-year-old girl and left his wife and children to lead a more "liberating" life and not have to "think about adult stuff."
Wolscht has support from transgender advocates, and is now considered uniquely special because of his trans-ageism. Wolscht has two adoptive "parents" who have welcomed him into their family and treat him as a 6-year-old girl.
Wolshct's case indicates that transgender advocacy ultimately means that all self-defined identities must be enshrined in anti-discrimination law. Just as transgender activists will tell you not to conflate gender with sex, so no one should conflate age with time. Trans-aged individuals are just as entitled to anti-discrimination protection as transgender individuals.
And this is what Alberta's schools are now setting as a precedent to help train our youth in this type of thinking.  If it can happen in Conservative Alberta, it can happen anywhere.
The Family Policy Institute of Washington recently released a video titled "Truth is Compassion," in which interviewer Caleb Bonham asked Seattle residents if there are any limits to the way someone can self-identify.
The goal of the video is to challenge people to view themselves and others "in a way that conforms to reality." The message is clear: "The real problem is that people dont want to deal with reality."
"The left is now aggressively pushing protected class status based on what someone says they are irrespective of reality". People should be free to 'identify' as something if they want to, but no one should have the power of government to be able to force someone else to agree with you."
"Everyone wants to be compassionate. But before we start down the path of giving people protected-class status based on what they say they are, we need to think about where that road could lead, Beckholm added. "We hope this video helps to do that."  Watch below.