Zika And Abortion, A Tale Of Two Viruses 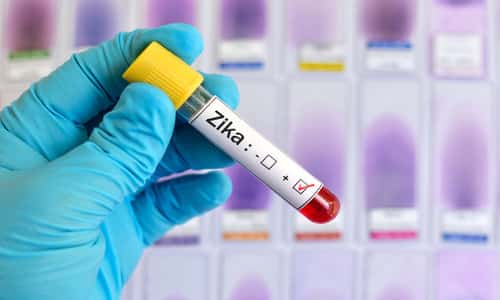 By Eric Metaxas/Breakpoint.org February 24, 2016
Share this article:
On February 1, the World Health Organization declared a "global emergency" over the spread of the Zika virus.

The WHO estimates there could be as many as 4 million cases of Zika in the Americas over the next twelve months. The Centers for Disease Control, while saying that Zika is unlikely to cause a widespread problem here in the U.S., is cautioning pregnant women to postpone travel to areas affected by the virus.
While Zika is rarely, if ever, life-threatening, concern about the illness could prove fatal for one vulnerable population: the unborn.
The Zika virus is a member of the same family of viruses as the ones that cause dengue and yellow fevers. Unlike these cousins, however, Zikas affects, with one notable exception, are usually mild: headaches, fever, joint pains, and some rashes. Most of these symptoms go away within a few days.
The exception, which was first identified in French Polynesia three years ago, is that pregnant women infected with the virus are at a much greater risk of giving birth to children with microcephaly, a "neurodevelopmental disorder" characterized by significantly smaller head size.
An estimated 3,700 cases of microcephaly in Brazil are believed to have been linked to the Zika virus. The concern is so great that several Latin nations, including El Salvador, Ecuador, Jamaica, and Colombia, have recommended that women postpone pregnancies until the outbreak is brought under control.
Make no mistake: This is a serious health crisis. According to the Mayo Clinic, the complications from microcephaly can include, among others, developmental delays, mental retardation, and seizures.
Noticeable by its absence in the list of complications is death. For that, you need the Western obsession with abortion rights.

No sooner had the tragic stories from Brazil hit Western media than abortion-rights advocates began using the tragedy to argue for the liberalizing of abortion laws in Latin America.
For instance, a recent headline in USA Today read, "Zika highlights lack of access to contraception, abortion in Latin America." The article told readers, "The Dominican Republic, El Salvador and Nicaragua ban all abortions," and that "six othersGuatemala, Haiti, Honduras, Paraguay, Suriname and Venezuelaallow abortion only to save a womans life."
Another story on NPR told listeners that "Zika might be a watershed moment in how reproductive rights are perceived in El Salvador and the entire region." It quoted a New York Times op-ed by Erika Guevara Rosas of Amnesty International, which said that Women and girls cannot access an abortion even if continuing their pregnancy will kill them, or if their fetuses are not viable.
Of course in the case of this particular virus, the pregnancy will not "kill" the mothers, and the fetus is still viable. Whats happening here is that the tragedy of the Zika virus is being used as a pretext to eliminate legal protections for all unborn children in Latin America, whether or not their mothers even come into contact with the virus.
The good news is that children with microcephaly can and do live happy and what the world would call productive lives. According to the Mayo Clinic, "early intervention with supportive speech and occupational therapies may help enhance" the development of children with microcephaly and improve their quality of life.
Folks, these children deserve our support, not a death sentence.
Abortion advocates never let a good crisis go to waste. Its our job to make sure they dont succeed in spreading their pro-death ideology across the hemisphere.