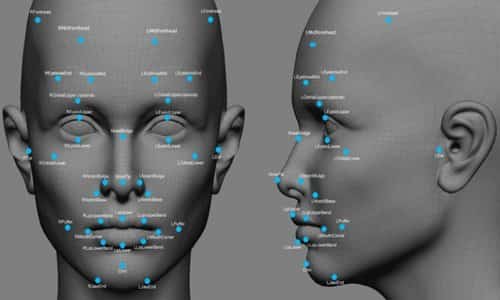 By Nicholas West/Activist Post September 06, 2017
Share this article:
Step by step, facial recognition has been accepted by the general public for security; its appearance is proliferating at airports and at train stations around the world. With that acclimatization in full swing, facial recognition is also becoming a preference in the name of convenience as it is being adopted for conference check-ins and other events.
Logically, the next incarnation purports security and convenience in the form of biometric payments using facial recognition.
Reuters reports that an upscale version of KFC, known locally as KPRO, is a testing ground.
Diners at a KFC store in the eastern Chinese city of Hangzhou will have a new way to pay for their meal. Just smile.

Customers will be able to use a "Smile to Pay" facial recognition system at the tech-heavy, health-focused concept store, part of a drive by Yum China Holdings Inc to lure a younger generation of consumers.
Yum China, which spun off from its U.S. parent Yum Brands Inc last year, is trying to rev up growth in the world's second largest economy, where food safety scares and changing consumer tastes have dented sales since 2012.
Yum is still the largest fast food chain in the market, where it has over 7,685 outlets. Its China same-store sales have also been slowly improving, rising in the second quarter of the year on a strong showing by its KFC brand.
Diners can pay by scanning their faces at an ordering kiosk and entering a phone number - which is meant to guard against people cheating the system.
"Combined with a 3D camera and liveness detection algorithm, Smile to Pay can effectively block spoofing attempts using other people's photos or video recordings and ensure account safety," Jidong Chen, Ant's director of biometric identification technology, said in a statement.
As I wrote in 2014, the move to give everyone a global unique ID that can be verified across nearly all human activity has been in the works for some time. The principle behind this is that YOU are the password of the future.

Naturally, the fear of identity theft and cyber-banking crime of all stripes has been the sales pitch to accept identity tech such as facial recognition, iris scans, and fingerprinting, as well as their attendant databases.
Digital sign-in services, smart cards and a range of biometrics have all been offered as perfect solutions that are starting to enter the market at many levels.
Moreover, there is an ongoing cooperative effort between global banks and corporations to ensure that there will be standardized, centralized entry into the consumer/Internet/banking matrix of the future.
Couple this with the (hackable) "Internet of Things" entering our homes whether we approve or not and we are finding ourselves at the threshold of a new reality.
China's technocratic and authoritarian leadership is the perfect synthesis to advance biometric payment systems.  Utilizing Alipay, China's largest digital payments system that is an affiliate of mega corp Alibaba, China is transitioning to a cashless society at the fastest rate in the world.
And China's cashless society incredibly goes right down to street-level. From the Observer:
...if you want to spare some change for a beggar you no longer need to rummage through your pockets. Now, you simply scan the beggar's bar code. This has already happened in China.
In fact, the most populous nation on Earth has set out a formal plan to create a cashless nation within 5 years, with Alipay even having hosted a "Cashless Society Week" to spur nationwide adoption by banks, corporations and merchants.

With this as the backdrop, then, we are starting to see a rollout among popular merchants like KFC.
One of the main issues for anyone who is concerned about this direction is that, as the Reuters article alludes to, the number of young "tech savvy" consumers is rising.
So, essentially we have an entire generation who is being raised on this type of intrusive technology without being aware of the larger global agenda that has been planned for potentially nefarious purposes.
I would encourage readers to visit the Better Than Cash Alliance -- a government-corporate working group -- from which many of these "de-cashing" directives have been launched. One will quickly see that this roll-out is not limited only to those countries with overt authoritarian leanings, but spans the globe in many different forms.
As always, sharing knowledge is key in helping to determine the direction of the future. It is particularly important to educate today's young people who are born with a smartphone and raised on digital systems.
Empowered with knowledge of the full scope of what it means to live in the Digital Age, they will at least be prepared to make aware decisions and utilize technology in the most positive ways possible.
Originally published at Activist Post - reposted with permission.