Millennials' Reasons for Leaving the Church Don't Hold Up 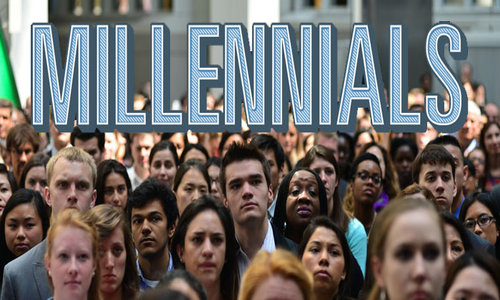 By Shane Morris/Breakpoint.org September 06, 2017
Share this article:
A recent article from Faithit is characteristic--almost to the point of satire--of the Internet's most exhausting genre: 20-somethings explaining "why millennials are leaving the church." Sam Eaton writes that the 59 percent of millennials who were raised in church and have dropped out are sending a message, and it's the church's responsibility to shape up to meet his generation's demands. What are those demands?
"Jesus was insanely clear about our purpose on earth," he writes. "'Love God. Love others. Task completed."
In Eaton's telling, the church is failing miserably at this two-part command, which he calls "the heart of the gospel." (It's actually the heart of the Law, but put that aside for now.) We've heard all of this before--most notably from Rachel Held Evans, who conflates fighting poverty with taking progressive stances on politics and theology, and contends that if churches would only adopt such stances, they would start growing again. Unfortunately, these authors tend to undermine their own case.
For instance, Eaton writes: "Let's clock the number of hours the average church attender spends in 'church-type' activities. Bible studies, meetings, groups, social functions, book clubs, planning meetings, talking about building community, discussing a new mission statement. . . . Now let's clock the number of hours spent serving the least of these. Oooooo, awkward."
Well, it certainly would be "awkward," if it were true. According to research cited in The Chronicle of Philanthropy, two-thirds of people who frequently attend religious services make regular charitable donations, and 60 percent give to religious and nonreligious charities other than churches, especially basic social services for the needy, combined purpose charities (like United Way), and health care. By contrast, fewer than half of those who don't attend regular religious services support any charity.

According to Philanthropy Roundtable, those who volunteer for religious charities are "dramatically bigger donors of money" than those who volunteer for secular charities. "Religious practice," they write, "is the behavioral variable consistently associated with generous giving. Charitable effort correlates strongly with the frequency with which a person attends religious services."
"Evangelical Protestants," arguably the group whom Eaton and Evans are complaining about, are particularly strong givers. Not only are religious Americans  "much more likely" to give to secular as well as religious causes, but according to sociologist Robert Putnam, half of all American personal philanthropy and volunteering is distinctly religious in character.
Most surprisingly, religious Americans with low income match the giving of the rich in terms of income percentage, and even exceed the generosity of middle-class churchgoers (who nevertheless give much more in absolute dollars).
Responding to this charge that the evangelical church is obsessed with the culture wars and skimping on the poor, Ross Douthat writes in The New York Times that "it would be too kind" to call it wrong. It's "ridiculous." Religious resources earmarked for pro-life and pro-marriage organizations and causes total "just a few hundred million dollars." In contrast, Douthat points out that the budgets of religious charities, schools, and hospitals in this country "are tabulated in the tens of billions."
But Eaton isn't finished. He wants churches to "stop creating more bible studies and Christian activity," yet demands that they "create regular outlets (forums, surveys, meetings) to discover the needs of young adults both inside AND outside the church," "hire a young adults pastor who has the desire and skill-set to connect with millennials," "create and train a team of . . . people whose purpose is to seek out the outliers on Sunday mornings or during other events," assemble "a database of adult mentors and young adults looking for someone to walk with them," and start "a young adults program that transitions high school youth through late adulthood rather than abandoning them in their time of greatest need."
For a guy who wants fewer Christian activities, Eaton sure is good at proposing some to benefit himself and his fellow millennials.

He goes on to claim that churches aren't doing enough to help the poor, but also complains that millennials are "tapped incessantly to help out." He wants churches to "intentionally train young adults in how to lead a godly life," but simultaneously needs "the church to tell us we are enough, exactly the way we are."
But coming from progressive Christians, none of this is surprising. Sociologist George Yancey recently conducted two studies on the attitudes of progressive Christians toward politics, theology, and their fellow believers. Published in the Journal of Religion and Society and the Journal of Research on Religion, these studies found that those on the left wing of American Christianity showed "emotional animosity" toward their fellow Christians who were politically conservative, but displayed "emotional warmth" toward those with progressive politics, regardless of their religious beliefs.
In fact, progressive Christians were generally more accepting of atheists who shared their political views than they were of other believers who didn't.
Yancey summarizes: "Their political disagreement with fundamentalist Christians matters more to progressive Christians than their theological disagreement with atheists."
This data suggests that most outspoken millennial critics are driven not so much by concern for the marginalized as they are by the desire to establish a distinct theological identity--a gospel based on "our purpose on Earth": "Love God. Love others. Task completed." Thus, BuzzFeed rounded up a gaggle of twenty-somethings to ask "Questions Christians Have for Other Christians."
"Why do you feel like I have to constantly be preaching in order to be a good Christian?" one young woman asks. "Is showing my friends love and grace not allowed to just speak for itself sometimes?" By "love and grace," she presumably means affirming every culturally fashionable choice her friends make.
Another, forgetting that this was supposed to be a video dedicated to questions, asserts: "In the end, the grand message [of Christianity] is that you're supposed to love one another. And I'm sorry if I sound like a Hallmark after-school special, but it's the truth."

Overlooking the mishmash of TV genres, this woman could scarcely have given a clearer summary of the progressive gospel so many outspoken millennials have embraced, and are currently hawking to the evangelical church: Doctrine, especially doctrine that's unpopular with the broader culture, is unimportant.
What matters are deeds that advance the cause of social justice. Christianity is not a set of historical propositions with theological and practical implications, but moral maxims for the betterment of society. That is why so many progressives seem to believe that charitable atheists are closer to the heart of the faith than conservative doctrinaires who decry abortion and same-sex marriage.
But here's the punchline: The strategies that Eaton, Evans, and BuzzFeed insist will bring millennials flocking back to church are consistently destroying congregations and denominations that implement them.
Twenty years ago, John Shelby Spong wrote a book predicting that churches which gave up a literal reading of Scripture and adapted to the changing times would grow. His title, "Why Christianity Must Change or Die," could be the rallying cry of millennials telling us what they want out of church.
But so far from swelling membership rolls, Spong's formula was a kiss of death. In 2015, Pew reported that mainline Protestant churches--the archetypes of progressive, social-gospel Christianity--are hemorrhaging a million members annually.
His own Episcopal Church, which performs gay marriage ceremonies, supports abortion, and long ago gave up anything like a serious reading of the Bible, plunged from 3.4 million members in 1992 to 2.3 million in 2002. According to the National Council of Churches, the decline has continued at a rate of almost 3 percent annually. Today it's at around 1.75 million members.
If nothing drastically changes, the Episcopal Church could be functionally extinct within decades.
Meanwhile, evangelical denominations have thrived, adding 2 million members from 2007 to 2014. David Haskell reports in the Washington Post that for Protestants, conservative theology strongly correlates with church growth, while liberal theology predicts decline. Pew puts this in vivid terms: Mainline denominations lose 1.7 members for every new convert, while evangelicals gain 1.2 converts for every departure.
In the supreme stroke of irony, conservative evangelicals have more children, two thirds of whom remain in church. Mainline Protestants have fewer children than ever, half of whom give up on church. So few young people remain in progressive churches that David Roozen, Director of the Hartford Institute for Religion Research, proposed renaming the Mainlines the "Oldlines."
It's difficult to imagine how the church-abandoning millennials could be less in touch with reality. Their theology is subservient to their politics, their demands are contradictory, and half a century of evidence proves that the solutions they're touting only leave churches empty.
Changing the millennia-old faith to suit millennials won't draw them through the doors. They can get social justice teaching from BuzzFeed. What they need from church is Christianity. Anyone my age who says otherwise is making a grave mistake.
Originally published at Breakpoint.org - reposted with permission.

July 04, 2022If Food Rationing Can Happen in Germany, It Can Happen Here

While American supermarkets have been experiencing shortages and prices have been rising, so far, we haven't truly seen food rationing. We...

July 04, 202283% Of Americans Cut Back On Spending As Economy Careens Towards Crisis

The US consumer is tapping out under the weight of inflation, maxed out credit cards, collapsed personal savings, and negative real-wage g...

The Presbyterian Church of the United States of America, an umbrella group representing churches across the country claiming over 1.7 mill...

Western Christians facing legal penalties for sharing the Bible say their persecution has opened up new opportunities to share the gospel ...