The US Military Is Quietly Building SkyNet 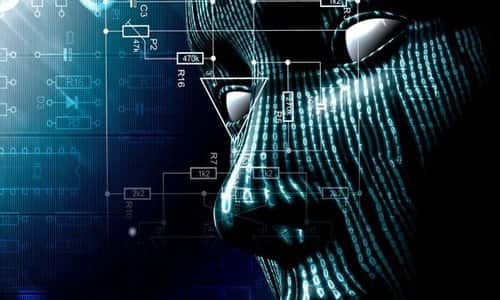 By Tyler Durden/SHTFplan October 04, 2017
Share this article:
Maybe Elon Musk had a point...
The US's military leaders have agreed on a strategy to guarantee the US military retains its global dominance during the twenty-first century: Connect everything with everything, as DefenseOne describes it.
The result? An unimaginably large cephapoloidal nervous system armed with the world's most advanced weaponry, and in control of all military equipment belonging to the world's most powerful army.
Sound familiar? It should...if you have seen Terminator.
A networked military - an extreme take on the "internet of things" - would connect everything from F-35 jets to the Navy's destroyers to the armor of the tanks crawling over the land to the devices carried by soldiers - every weapon would be connected.

Every weapon, vehicle, and device connected, sharing data, constantly aware of the presence and state of every other node in a truly global network.
Of course, the development of these "smart" weapons should unnerve Tesla CEO Elon Musk, who has repeatedly warned that AI and machine learning poses a greater threat to the future of the US than North Korea. If not properly regulated, Elon suggested that machines could turn against their human masters.
"Until people see robots going down the street killing people, they don't know how to react because it seems so ethereal," he said.
"AI is a rare case where I think we need to be proactive in regulation instead of reactive. Because I think by the time we are reactive in AI regulation, it's too late."
The Joint Chiefs of Staff described their vision for a completely networked military in the newest iteration of their National Military Strategy, which lays out their plans for building the military's weapon of the future.
Ironically, Air Force Chief of Staff Gen. David Goldfein said he had based the plan on a certain money-losing electric-car manufacturer. Goldfein was particularly impressed by Tesla's ability to remotely extend the battery life of vehicles as their owners fled Hurricane Irma earlier this month.
In recent months, the Joint Chiefs of Staff put together the newest version of their National Military Strategy. Unlike previous ones, it is classified. But executing a strategy requiring buy-in and collaboration across the services.
In recent months, at least two of the service chiefs talked openly about the strikingly similar direction that they are taking their forces. Standing before a sea of dark- blue uniforms at a September Air Force Association event in Maryland, Air Force Chief of Staff Gen. David Goldfein said he had "refined" his plans for the Air Force after discussions with the Joint Chiefs "as part of the creation of the classified military strategy."

The future for the Air Force? The service needed to be more like a certain electric-car manufacturer.
"Every Tesla car is connected to every other Tesla car," said Goldfein, referring to a presentation by Elon Musk about the ways his firm's vehicles learn from their collective experience. "If a Tesla is headed down the road and hits a pothole, every Tesla that's behind it that's self-driving, it will avoid the pothole, immediately. If you're driving the car, it automatically adjusts your shocks in case you hit it, too."
Goldfein waxed enthusiastically about how Tesla was able to remotely increase the battery capacity of cars in the U.S. Southeast to facilitate evacuation before the recent hurricanes.
"What would the world look like if we connected what we have in that way? If we looked at the world through a lens of a network as opposed to individual platforms, electronic jamming shared immediately, avoided automatically? Every three minutes, a mobility aircraft takes off somewhere on the planet. Platforms are nodes in a network," the Air Force chief said.
As DefenseOne explains, the idea of a networked military borrows from the "network centric warfare" concept that first emerged more than a decade ago. However, the concept that military leaders proposed in their latest review is less a strategy for increasing efficiency than a plan to connect all military equipment on a single network. The result would be better coordinated, faster, and more lethal operations in air, land, sea, space, and cyberspace.
The Air Force has begun making broad investments in data sharing. And its experiments with next-generation light tactical attack aircraft are as much about hardware as networks, he said. "Not only what can I buy and what can they do, but more importantly, can they connect? Can they actually share? And can we tie it to a new network that's based on sharable information that gets me beyond the challenges I have right now in terms of security?" Goldfein said.

The Air Force Science Board is studying how to control a network of military equipment including light attack aircraft, tanks and even unmanned drones. James Chow, the board's new head, told DefenseOne the study would also consider how to connect to other services.
As DefenseOne explains, although most of the research into the networked military is being conducted by the Air Force, once implemented, any system would likely include weapons from across the military, like Navy destroyers, said Chow.
"Our scope would be in helping the Air Force to think about operations they would be conducting that would incorporate joint sensors and platforms, like destroyers, I think that has to be part of it. And that is within the charter of the study," Chow  said, adding that the study has "the highest priority level for Air Force leadership."
The Marines are also looking at tanks that are digitally connected through their armor, according to Lt. Gen. Robert Walsh, who leads Marine Corps Combat Development Command and serves as Deputy Commandant for Combat Development and Integration.
Navy leaders have also authorized research into connecting every object on the sea, land, air, space and in cyberspace. This is no exaggeration. Adm. John Richardson, Chief of Naval Operations, said during a Navy expo earlier this year that he'd eventually like to "network everything," explaining that creating such a system would be crucial to maintaining US military dominance.
DefenseOne notes that, despite the obvious parallels, military leaders detest comparisons between their tech pet projects and anything from the plot of the Terminator franchise.
And while enabling instantaneous communication between military units would undoubtedly improve efficiency and tactical prowess, as Musk as pointed out, these projects should be undertaken cautiously.
Originally published at SHTFplan.com - reposted with permission.