Obama's Poisoned Gift To Israel Before He Leaves Office 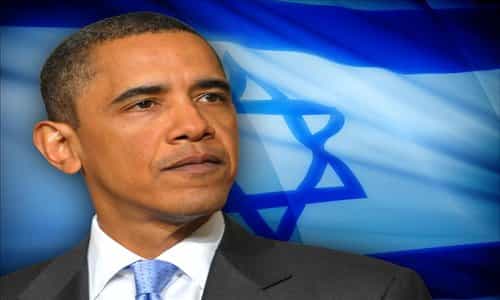 By Sarah N. Stern/Israel Hayom March 16, 2016
Share this article:
Like so many presidents who preceded him, the siren call of being the president who finally struck peace between the Israelis and the Palestinians has proven to be just too tempting for President Barack Obama to resist.

I am afraid that like closing Guantanamo Bay, getting troops out of Iraq, imposing Obama care and concluding a risible nuclear deal with Iran, Israeli-Palestinian peace is just another item that Obama would like to mark off his checklist before he leaves office.
On Monday, the Wall Street Journal reported that the White House was working on plans to revive long stalled peace talks between the Israelis and the Palestinians before Obama leaves office. The disturbing part of this is that Obama's tactic, similar to the tactic he adopted in concluding the nuclear deal with Iran, is not to have the parties sit down and deal with each other, but rather to go directly to the United Nations Security Council and have his way enshrined in international law.
As we all know, the United Nations is not a friendly forum for the state of Israel. It is dominated by the Organization of the Islamic Cooperation, formerly called the Organization for Islamic Conference, which is the largest group within the United Nations comprising 57 member states. Furthermore, this group frequently allies with the nonaligned members states, such as Cuba, Yugoslavia, Venezuela, and Iran. These nations often ally themselves with the former Soviet block states, as well, and make for an impressive, and usually insurmountable, bloc.
Each fall, when the United Nation General Assembly begins, A slew of resolutions condemning the State of Israel is offered up, with very few resolutions condemning the rest of the world ever proposed. This past November, the General Assembly adopted six nonbinding resolutions against Israel, and zero -- that's right, zero -- against Syria, North Korea, Venezuela, Sudan, Cuba, Saudi Arabia, China, Russia, Iran or the Islamic State group. This came at a time when the Syrian regime was massacring its own people in the most horrific way imaginable, and the Islamic State group was busy conquering huge swaths of North Africa and the Middle East, as they raped, plundered and decapitated.
One of last fall's resolutions actually went so far as to say that Israel was to return the Golan Heights to Syria. Syria? What is left of that devastated nation? Which part of the Syrian chaos is Israel supposed to return the Golan Heights to? The corrupt and bloody regime of President Bashar Assad? The beleaguered rebels? The Islamic State?
Israel is the only nation of the 193 United Nations member states that has a designated committee that targets it -- the Committee on the Exercise of the Inalienable Rights of the Palestinian people.

Now let us turn our attention to the UN Security Council. The body's permanent members are the United States, Russia, the United Kingdom, France and China, and it also includes 10 rotating members from such lovely countries as Angola, whose president, Jose Eduardo dos Santos, has been in power for 35 years, and who is subject to increasing criticism for corruption, government repression and human rights abuses, including the arbitrary arrest and torture of journalists and anti-government activists, or Senegal, with a similar record of governmental repression and human rights abuses, or Venezuela, that beacon of morality and human rights.
Most of these nations despise the United States and ironically, even under the Obama administration, feel that Israel is inextricably linked to the United States, and are therefore prone to singling out the Jewish state for abuse. Israel, as everyone knows, is not a part of any regional global grouping because the Middle East and North African bloc rejected them, and most nations vote as a bloc.
Israel is like the neighborhood kid whom no one wants on their team.
Even U.S. Ambassador to the U.N. Samantha Power said in February that "as you all know, the U.N. Charter guarantees 'the equal rights of nations large and small,' and yet we have seen member states seek to use the U.N. Security Council, the General Assembly, and even the most arcane U.N. committees in ways that cross the line from legitimate criticisms of Israel's policies to attempts to delegitimize the State of Israel itself. The only country in the world with a standing agenda item at the Human Rights Council is not North Korea, a totalitarian state that is currently holding an estimated 100,000 people in gulags; not Syria, which has gassed its people -- lots of them. It is Israel."
We have seen, consistently throughout the term of the current American administration just how spitefully Obama has thrown Israel under the bus. One example was when a shipment of hellfire missiles, which Israel needed during the 2014 war in Gaza, was spitefully held up, or the Iran deal, which has already given Iran over $100 billion to send to Hezbollah, Hamas, Assad's brutal forces and the Iranian Revolutionary Guard Corps, among other nefarious regional players.
Now, Obama seeks to bequeath one poisoned parting gift to Israel before he leaves office: An internationally enshrined Palestinian state.
Originally published at Israel Hayom.  Reposted with permission