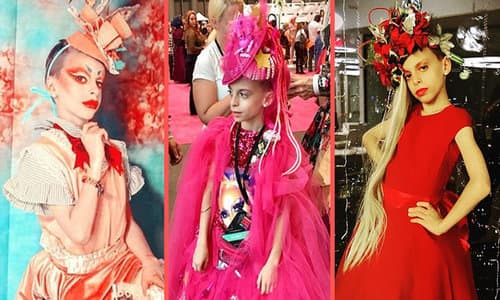 By Michael Brown/Ask Dr Brown January 11, 2018
Share this article:
Unless you think it's fine for a 10-year-old boy to form an online drag club for kids and you're not bothered by a website offering fake penises for transgender children, then you can safely ignore this article. Otherwise, keep reading.
First, consider this story from Germany, which begins with this mind-bending sentence: "Germany's highest court has ruled that a transgender woman whose frozen sperm was used to father a child cannot be the child's mother."
Is this clear to you? Clear as mud?
A woman does not have sperm, and a woman cannot father a child. And if the person has sperm and fathers the child, then that person cannot be the child's mother.
In this case, the man, who now identifies as a woman, wanted to be listed as the mother of his child, which was born to his female partner.
So, this man fathers a child with his female partner (using previously frozen sperm), but since he now identifies as a woman (obviously, a lesbian woman, since his partner is female), he wants to be registered as the baby's mother. That being the case, if I'm following things, the baby would have two mothers and no father.
My heart goes out to this poor soul, but I'm glad that the German court showed some sanity.
Second, this story from Arizona: "Modern family: Mom, dad, 11-year-old son and daughter, 13, ALL identify as transgender."
This is not a joke. Not for a minute. As the Daily Mail reports, "Daniel Harrott, 41, the biological parent of two trans children, was assigned female gender at birth and is a transgender man.
"His son and daughter also say they were assigned the wrong gender at birth, and he has met a transgender woman, Shirley Austin, 62, who was assigned male gender at birth. Harrott and Austin are now engaged."
The man is now a woman, the woman is now a man, the boy is now a girl and the girl is now a boy.
Perhaps there's some deeper confusion going on with this family?
I'm not condemning them as wicked sinners, but I would love to see them find harmony with their biological sex. Surely a whole family is not trapped in the wrong bodies.
Third, we return to this story reported on Lifesite News about an online drag club (meaning, drag queen club) for young children: "'Haus of Amazing,' purportedly the 'first ever drag house established exclusively for kids who are doing amazing drag, will be a 'positive, encouraging and safe on-line community for drag kids to connect with each other, according to an on-line flyer for the club.
Some websites have promoted the concept as an online dating club for transgender children.
"Desmond Napoles has been showing interest in dressing in drag since he was a toddler, a Daily Mail report said, and has gained fame on the New York drag circuit as his drag alter ego, Desmond is Amazing."
I do not find this story amazing. I find it tragic, pathetic, and revolting.
Desmond needs some godly parenting. To encourage him to dress (and perform in drag) and to encourage other impressionable little kids to join in with him is inexcusable.

Fourth, this report from the Daily Wire: "Not content to simply allow children to be, well, children, a hardcore sex toy manufacturer has introduced 'TransKids,' a website and shop designed to provide burgeoning transgender children with the "supplies" they need to experiment with the opposite gender.
"As Mindy Robinson reports, TransKids is designed to serve parents of children as young as two or three years of age, and sells everything from prosthetic penises -- circumcised and uncircumcised -- to special 'tucking trunks' to help kids who don't identify with their birth gender more accurately portray themselves as the opposite."
Need I say more?
These are just some of the reasons I will continue to raise my voice against transgender activism, while at the same time encouraging every effort to be made to help these men, women, and children find true wholeness.
Originally published at AskDrBrown.org - reposted with permission.