Science Confirms The Bible: Sexual Sin Is Against Your Own Body 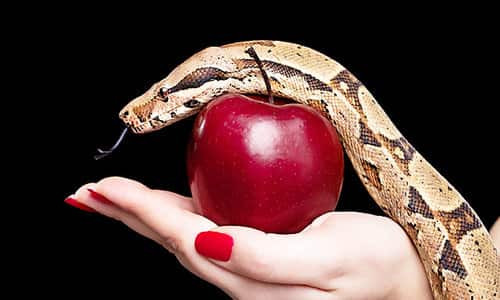 By Carol Archebelle/Kingdom Works January 15,2018
Share this article:
Have you ever wondered why sexual sin is against your own body?
1 Corinthians 6:18 warns of negative physical consequences to sexual sin:
"Flee from sexual immorality. All other sins a person commits are outside the body, but whoever sins sexually, sins against their own body."
Now, science confirms exactly how this works.

Whether it be premarital sex, adultery, or viewing pornography, sexual sin alters our brain function and, when indulged in repeatedly, can lead to a seared conscience - an actual brain phenomenon that numbs us to guilt and conviction of our wrongdoing.
Four Times Stronger than Morphine
When porn is viewed, several things happen to the brain involving powerful hormones--two of which are Oxytocin and Vasopressin.
Often called "the love hormone," oxytocin is released when we hug or kiss a loved one. It regulates social interaction and sexual reproduction, playing a role in empathy, generosity, orgasm, and human bonding.
Vasopressin is a hormone found in most mammals which is also used as a medication... it numbs the pain.
When we watch pornography and "act out," the sexual sin releases a powerful concoction, creating a perplexing issue for the human body.
Fundamentally, the bonding hormones of Oxytocin and Vasopressin form a rewiring of the brain with the wrong material, that lures the individual deeper into a prison of their own making.
An intoxicating combination of hormones - intended to bring loved ones closer together and promote mental healing -  are instead operating out of sinful activity, completely confusing the mind.
Dr. Doug Weiss, Executive Director of Heart to Heart Counseling Center and expert contributor to the Conquer Series, a cinematic DVD series that helps men break free from pornography, elaborates: