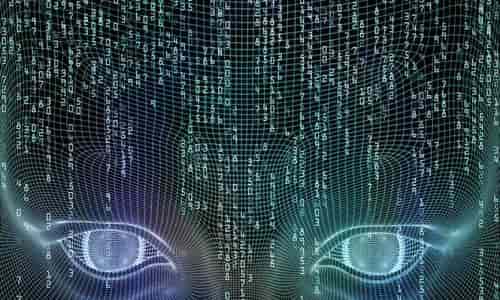 By Britt Gillette  February 16, 2018
Share this article:
A series of recent news stories have highlighted the massive advances made in the field of artificial intelligence (AI). Several of those focus on China's Yitu Technologies, a company at the forefront of AI development. Yitu created a technology called Dragonfly.
Dragonfly can search and analyze billions of photographs and locate a single person in a matter of seconds. Connected to cameras in the Shanghai Metro, it identified over 500 criminals in a three month period. It's so powerful it can recognize people wearing disguises. And it can identify people using pictures that are more than 30 years old.
Think of the power this gives the Chinese government. As Dragonfly connects to every camera in the nation, criminals will have nowhere to hide. Unfortunately, no one else will either. Chinese dissidents, political activists, ethnic minorities, Christians, and other "enemies of the state" will also have nowhere to hide. And it's quite unlikely China will be the only state to take advantage of this technology.

The Rise of Big Brother
In George Orwell's novel 1984, we're first introduced to "Big Brother" - an omnipresent, all-powerful and "well-intentioned" totalitarian regime. The book's hero, Winston Smith, lives in a world where every citizen is under 24/7 surveillance. Personal privacy doesn't exist.
Government controls every part of life. Monitors in Winston's apartment spy on him when he's home. Other devices spy on him when he's not home. Hidden cameras and microphones capture his words, deeds, and even his facial expressions. His mail is opened, and "thought police" search for and arrest any citizens who dare to have thoughts or feelings outside of those sanctioned by Big Brother and the ruling elite.
Winston's world is a place of absolute government control. No conversation, movement, or transaction goes unnoticed. The government is watching - always. In the decades since Orwell first released 1984, people have marveled at what they see as great insight into our future.
And they're right to do so. Because 1984 is becoming our reality. And unfortunately, Yitu Technologies and Dragonfly are just a small part of what's coming. Why do I say that? Because we're only in the first stages of the AI revolution.
What's Coming
In the near future, technologies like Dragonfly will be commonplace. And the ability to see and hear everything will be even easier for government. Unfortunately, while most people object to this type of surveillance and invasion of privacy, their everyday actions bring it closer and closer to reality. How? Many people voluntarily reveal the most intimate details of their lives.

They upload pictures of themselves and their friends to Facebook, and they tag them so AI systems can recognize them. They reveal personal information on Snapchat and Twitter. And they set up devices like the Google Mini and the Amazon Echo in their homes.
These devices respond to voice commands and make life easier. But they also have a downside. By definition, they're always listening. That means a microphone is in your house listening at all times. And some of the newer devices feature cameras as well.
As time goes by, these devices will become smaller and cheaper. And as they become smaller and cheaper, they'll become ubiquitous. They'll be everywhere. How much smaller and cheaper will these devices become? Imagine trillions of HD cameras and microphones - each one the size of a dust particle.
Some might be so small the naked eye can't see them. These cameras and microphones will constantly record everything. How will they be placed? They won't. Like dust, they'll spread across the earth and settle on every surface. They'll be everywhere.
They'll settle on your clothes. They'll come in through the ventilation in your house. They'll stick to the bottoms of shoes, and they'll blow through the streets. And this "nanodust" will send raw video and audio content straight to the government.
"But wait," you might say. "How will the government sift through all this data? It would take legions of intelligence analysts a century or more to listen to just one day of global conversations, right?" That's true. But humans won't comb through all this data. AI will.

Technology similar to Dragonfly will search and analyze everything - not just faces. In the same way Dragonfly analyzes faces, AI systems of the future will search audio recordings for specific phrases and undesirable language.
They'll analyze video to find certain patterns of movement or behavior. And AI systems will be able to identify common traits shared by enemies of the state. With the ability to process mountains of information at high speeds, AI systems will analyze information with a much higher level of precision than any human analyst ever could.
A global network of such technologies will have the ability to "listen" to every conversation on earth. No one will be able to escape the ever watchful eye of "Big Brother."
The Coming Global Empire
So why does all this matter? Because two thousand years ago the Bible said a single government will rule all the people of the world (Revelation 13:7). It also said the leader of that government will exercise such total control he'll be able to decide who can buy or sell anything (Revelation 13:17). Think about those statements.
A global government will have total and complete control over all commerce. To achieve this feat requires a police state the likes of which the world has never seen. Was such a state possible in the 1st Century? No. Was it possible in the 20th Century? No. How about in this century? Yes. It will be. And it won't just be a possibility. It will be reality. Government won't be able to resist the temptation AI offers. It's just one more sign we're nearing the end of the present age.
Remember, global government isn't the only sign of the end. But it's appearing at the same time as the other signs Jesus and the prophets said to look for. Israel is back in the land (Jeremiah 23:7-8)... The Jewish people once again reside in Jerusalem (Luke 21:24-28)... Though small, Israel has an exceedingly great army (Ezekiel 37:10)... Europe is unifying (Daniel 2:31-45)... And the Gospel is being preached to the ends of the earth (Matthew 24:14). These are all signs Jesus and the prophets said to look for. And our generation is the first ever to witness these signs. Think this is mere coincidence? I don't either.
Jesus Himself said, "When all these things begin to happen, look up for your salvation is near!" (Luke 21:28). In fact, He said the generation witnessing these signs will not pass away before He returns (Matthew 24:34). The appearance of these signs is the #1 indicator the end of the age and the Second Coming of Jesus are near.
For the first time in history, we see those signs. They're all around us. So don't doubt it. Jesus is coming!
Britt Gillette is author of the free ebook Coming to Jesus as well as the books Signs of the Second Coming and Racing Toward Armageddon.