Judgement Day - Will The US Turn It's Back On Israel At Friday's UN Vote? 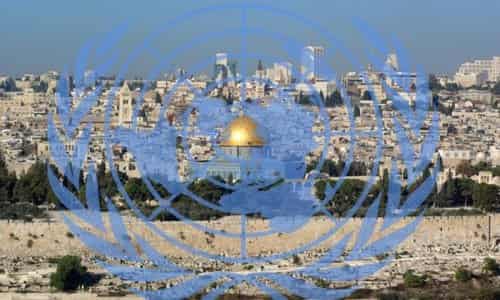 By Kade Hawkins April 19, 2016
Share this article:
Israel is preparing to defend itself before the United Nations Security Council as several anti-Israel resolutions are expected to be introduced over the coming months.

These resolutions could prove to be some of the most dangerous yet as analysts speculate whether President Obama might be preparing not only to "abandon" Israel by refusing to veto such resolutions but could even be contemplating supporting such resolutions.
Such actions would be unprecedented in US/Israel relations but some believe Obama has been emboldened by his actions in Iran and Cuba, and that the Palestinian cause could be his final act of legacy to "bring peace" to the Middle East.
"There will be a great temptation to do something in the final year. "For a president who came out faster and more aggressively on the Middle East than any of his predecessors, there is a gnawing sense of incompletion and perhaps even failure," Aaron David Miller, a vice president at the Woodrow Wilson International Center for Scholars, told the New York Times last month.
The State Department confirmed as much last week when it announced that it will consider taking its concerns over Israel's settlement activity, as well as a general stall in negotiations toward a final-status solution with the Palestinians, to the United Nations Security Council.
The last round of Israeli-Palestinian peace talks broke down some two years ago, and the Palestinians have struggled to attract international attention as the world focuses on the Syrian civil war, the migrant crisis in Europe and the U.S. presidential election.
Palestinian leader Mahmoud Abbas now believes he can take advantage of attending the signing ceremony on Friday at the UN for the climate agreement reached in Paris.  Dozens of international politicians are planning to attend the April 22 ceremony and it presents the perfect platform for Abbas to re-launch his diplomatic assault on Israel.
A draft resolution by the Palestinian Authority distributed to UN members last week calls for the immediate resumption of peace talks with Israel and a final status agreement within a year, as well as a complete halt to all Israeli settlement activity "in the Occupied Palestinian Territories, including East Jerusalem". It also singles out Israeli settlers for accountability of their "illegal actions".
Israeli Primie Minister, Benjamin Netanyahu has already condemned the UN draft, accusing Abbas of "taking a step that will push negotiations further away."
For a resolution to pass it needs nine votes from the council's 15 members. If more than nine votes are received, one of its five permanent members -- the US, the UK, China, France and Russia -- could still veto the resolution.
China, Russia, Egypt, Malaysia, Senegal, Venezuela and France are already firmly believed to be in the Palestinian camp vis-à-vis the draft resolution. Britain, Angola, Japan, New Zealand, Spain, Ukraine and Uruguay are also expected to support the Palestinian proposal based on previous voting patterns and endorsement of the "illegal settlement" position adopted by most of the world. The US remains the only hope for Israel to have the resolution vetoed.
Despite the US vetoing a similar resolution in 2011, it was made clear that the US does not disagree with the resolution's content but merely take issue with using the Security Council as a tool to advance the stalled peace process.
"Our opposition to the resolution before this council today should therefore not be misunderstood to mean we support settlement activity," Susan Rice, then the US's ambassador to the UN and today Obama's national security adviser, declared at the time. "On the contrary, we reject in the strongest terms the legitimacy of continued Israeli settlement activity."

And while she ultimately stood alone in voting against the Palestinian resolution, she concluded her remarks by making plain that Washington agrees with the world about the "folly and illegitimacy of continued Israeli settlement activity."
It is this belief by the United States government that led retired ambassador and former deputy director general of the Foreign Ministry, Gideon Meir, to argue that the arrival of judgment day, when the US turns to the UN Security Council on the Middle East conflict, was just a matter of time.
"I predicted that this would happen. There is a pattern of behavior for the US administration. The Obama-Netanyahu relationship is not straightforward. Obama will not harm Israeli security by way of the US economic security package. But Obama wants to leave a legacy of peace. Where can he do this? Only at the UN. He will go to the UN because there, in his world view, he will not be harming Israel but rather will be helping it. This view is shared by the majority of liberal American Jews," Meir said.
Obama will face an uphill battle for supporting such a resolution as 394 out of 435 House members endorsed a letter to US President Barack Obama urging him not to support or allow action at the Security Council on the matter and Speaker of the House Paul Ryan has warned against any "funny" moves at the UN, arguing that such actions would run counter to peace.
If this resolution passes, it will be the first time Israeli communities built on land it conquered in the 1967 war, and which the Palestinians claim for statehood, will be condemned as being contrary to international law. It is unclear what the practical ramifications of such a resolution passing would have on Israel.
If Israel fails to oblige the world by stopping it's "settlement building" will it face further resolutions introducing international sanctions?  Is it possible it could face a blockade or even military action, similar to how the US enforced UN resolutions regarding Iraq's possession of Kuwait?  Perhaps Russia, Iran and other nations will do the UN bidding this time instead of a US backed coalition.
Even if this resolution does not pass it would appear only a matter of time before one does and then we will have what many Bible prophecy experts have been expecting... a world truly united against Israel over the possession of Jerusalem and the right of the Jews to the land God promised them.
"Behold, I will make Jerusalem a cup of trembling unto all the people round about, when they shall be in the siege both against Judah (West Bank) and against Jerusalem. And in that day will I make Jerusalem a burdensome stone for all people: all that burden themselves with it shall be cut in pieces, though all the people of the earth be gathered together against it. Zechariah 12:2-3
Perhaps it is no coincidence that Friday's resolution vote will come the evening before Passover begins. Passover serves as a reminder to the Jewish people that it is God alone who will preserve and protect them, not the United States.