The Battle For The Heart, Mind And Gender Of Your 4 Year Old 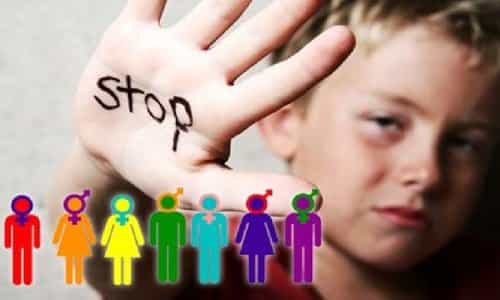 By Kade Hawkins April 26, 2016
Share this article:
It seems a day doesn't go by without the issue of who can use which bathroom dominating the media.  While not downplaying the bathroom controversy itself, the issue goes much deeper than appears on the surface.  Many people are not looking at all the ramifications of endorsing this "right to choose" and the untold damage this philosophy will have on the next generation.

One of the more recent social engineering devices is the use of puberty-blocking drugs to treat children who have been convinced they are transgender. These medications, which suppress the body's production of estrogen or testosterone, essentially interrupt the changes that would occur normally during puberty.
This could cause irreparable harm not only physically but psychologically as the blockers prevent hormone-induced biological changes, such as vocal chord changes, the development of breast tissue or changes in facial structure, many of which are irreversible.
Parents are being forced to confront this issue in ways they never could have imagined only a few years ago.
In the UK, the government Childrens Commissioner, Anne Longfield, prepared a national survey to be sent to every school in Britain. Accordingly, Brighton and Hove City Council in the UK, forwarded the survey to thousands of parents asking them to help their children, as young as age four, to choose the gender "they most identify with" before starting school later this year.
"We recognize that not all children and young people identify with the gender they were assigned at birth or may identify as a gender other than male or female, however the current systems (set nationally) only record gender as male or female.
"Please support your child to choose the gender they most identify with.  Or if they have another gender identity please leave this blank and discuss with your child's school."
Other than male or female?  Another gender?  Students were asked to identify with one or more of 25 options which included girl and boy, but also "genderqueer", "tri-gender" and "gender fluid".
One of the schools surveyed, Blatchington Mill, has a well-deserved reputation as a "beacon of best practice" for the work it does on the issue of LGBT issues.
"We want all our young people to feel comfortable with who they are, to understand that the notion of gender can go beyond the traditional idea of simply being either male and female, and to recognize that people can use a range of terms to describe their gender identity."
The options on the survey were so fabricated and fanciful as to be utterly without definitionand parents were not happy.

One mother complained that "children at school should be free to develop their identity. They are not adults -- let them enjoy the innocence and creativity of their childhood."
These parents may have been more fortunate than R.B. Sinclair, who's four-year-old daughter attended Montview Community Preschool and Kindergarten in Denver.  After expressing concern over the diversity teaching in the classroom that included books promoting homosexuality and choosing gender identity, Sinclairs daughter was expelled from the school.
Sinclair said that two days after meeting with the principal to express her concerns, she was presented with a letter informing her that her child is not a "good fit" for the school and that the letter represented her final day as a student. In retrospect, this was a blessing in disguise.
Parents are now finding their young children marched to the front lines in this battle as LGBT proponents force their diversity philosophies upon the next generation. Moral relativism is the new law of the land as our society rejects the gift of gender that God has given us.
We live in an age rushing headlong into darkness while it professes to be enlightened. The words of the apostle Paul ring true, our culture is "exchanging the truth of God for a lie".  Tragically, this comes at a time when Bible illiteracy is at its zenith and, therefore, many professed Christians are believing this lie, as well.