Relative Reality - When Perception Of Reality Is Based On Feelings 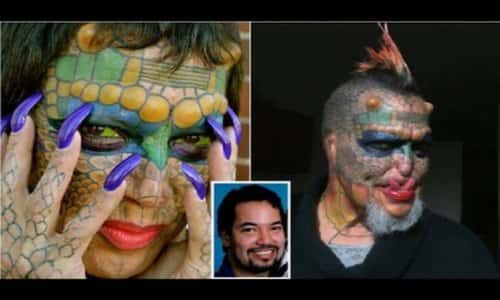 By Michael Brown/Askdrbrown.org April 27, 2016
Share this article:
Within a 48-hour period this week, a Federal court ruled that a school could not require children to use the bathroom that corresponds to their biological sex, Target announced it was making all its bathrooms gender neutral, a school council in England sent out a letter to parents, telling them to encourage their 4-year-old children to choose the gender they most identify with before starting school, be it male, female, or something else, and baseball legend Curt Schilling was fired by ESPN for sharing an "anti-transgender" post. (Note that ESPN fired Schilling because it is an "inclusive" company. The Orwellian doublespeak continues.)

It is high time, then, that we stand up to this social madness and say, "Enough!"
The emperor has no clothes, and if enough of us stand up and make our voices heard, society will be jarred back to reality.
That does not mean that we bash those who genuinely struggle with their gender identity.
To the contrary, it means we recognize the depth of their struggles, we reach out to them with compassion, and we encourage qualified professionals to work harder to discover the real roots of their problems.
Otherwise, we will continue our descent into the madness of relative reality.
I pointed out last week that we not only have men who identify as women (and vice versa), but we have whites who identify as blacks and human beings who identify as animals, including cats, dogs, parrots and even mythical dragons. (For my illustrated video commentary on this, go here.)
Yes, we not only have the categories of transgender and transracial but also transspecies, better known as "otherkin."
As noted by Max Read on gawker.com back in 2012, "An otherkin is a being born into the wrong body. Not just with the wrong parts, but as the wrong species: people who identify as otherkin believe that they are wolves, or elves, or really any kind of being, born into a human body." (According to Read, "The community of people who identify as otherkin is more than 30 years old," with the term itself dating back to 1990.)
Some believe they are part alien, others believe they belong to different ethnicities, while still others believe they are fictional characters appearing in real life form.
But why not?
At the risk of asking the same question I've been asking for many months now, if perception is reality, why can't I be a fly trapped in a human body or a black Viking woman trapped in a male, Caucasian body or anything else for that matter?
If that is what I genuinely believe and feel and if I've felt that way for as many years as I can remember, why isn't that reality?
If Bruce Jenner is a woman, why isn't Richard Hernandez a female mythical dragon? (For the record, Hernandez has altered his appearance far more radically than Jenner has altered his.)
Amber Roberts, writing for vice.com, interviewed a number of online otherkin. She noted that, "It would seem, from reading otherkin message boards, that a significant percentage of otherkin are also transgender, and there are many forums online arguing that if you support transgender rights, you ought to support the rights of otherkin. Feef is transgender and can 'personally see the correlation between transgender and otherkin.'
"She explains that, like transgender people, some otherkin do feel dysphoric with their human bodies, 'they want to become more like that animal,' just like how some trans people want to alter their physicality. Some otherkin actually have surgery to look more like their animal or creature, Feef tells me. 'I do know some people that have done that and yeah. It just doesn't look that amazing.'"
And then there are those who suffer from BIID (Body Identity Integrity Disorder), being so troubled by the presence of healthy limbs or functioning ears or eyes that some them have successfully amputated limbs or blinded themselves, claiming great peace and satisfaction now that they are handicapped. (For the story of Jewell Shuping, who blinded herself, see here.)
Some researchers claim there is a neurological basis for Body Identity Integrity Disorder, just as some researchers claim there is a neurological basis for gender dysphoria (previously called Gender Identity Disorder, before transgender activists successfully has the term "disorder" removed).
Others, like Margaret A. Hagen, professor of Psychological and Brain Sciences at Boston University, state that "there is no consensus on the etiology of the diverse expressions of 'gender identity variants' and that "evidence-based conclusions are utterly lacking, whatever the claims of activists."
She rightly asks, "Without clear distinctions, not only among categories of the potentially mentally disordered but also between the mentally disordered and the normal population, how are diagnosis and treatment decisions to be made? It is hardly possible to pass disability laws without reliable diagnostic categories."

Yet that has not stopped the courts from adopting the latest trans-activist terminology, with the majority opinion in this week's federal court ruling stating that, "G.G.'s birth-assigned sex, or so-called 'biological sex,' is female, but G.G.'s gender identity is male." (G.G. is the girl who identifies as a boy and who was the subject of the lawsuit.)
Who needs diagnostic categories? Who needs evidence-based conclusions?
All we need is perception, and the rest of the world must bow down and accept our version of reality. (Once again, I am not referring here to people with biological and chromosomal abnormalities but to those who are biologically and chromosomally male or female, not to mention human.)
The complete madness to which our society has come was well-illustrated in a viral video produced by the Family Policy Institute of Washington, where Joseph Backholm, a short white male, asks college students: "If I tell you I'm a woman, what would your response be?"
READ: Can a Tall White Man Identify as a Chinese Woman?
Most responded with, "Great, if that's who you are."
Then, he asks, "What if I say I'm Chinese? What would you say?"
While some said they'd be a little surprised, they had no problem with embracing him as Chinese, with one saying, "Yeah, be who you are." (Remember: These are college students, not kindergarten students.)
Some were even willing to embrace him as a 7-year-old if that's what he truly believed. (Let's not forget Paul "Stefonknee" Wolscht, the father of seven who now identifies as a 6-year-old girl.)
Finally, when he asked them, "If I told you I'm 6' 5", what would you say?", some paused, having to really think this through, with one student (who had previously affirmed all his other identities) responding, "That I would question."
When he asked why, she answered, "Because you're not. I don't think you're 6' 5"."
The realitydare I use that wordis that Joseph is no more a Chinese 7-year-old woman than he is 6' 5", yet these students, brainwashed in today's relative reality, have lost touch with reality.
Those of us who have not lost touch with reality must stand our ground, raise our voices and say, "The madness stops here."
And as much as we will be called transphobic bigots (or even fired from our jobs, like Curt Schilling was), love requires us to tell the truth.
Ironically, some in the scientific community are proposing "hormone suppression, hormone replacement and gender reassignment surgery" for trans-identified youth, "even at ages 7 or 8-years-old," while at the same time admitting that, "'Among children under the age of about 12 who cross-identify'in terms of how they dress and behave'only a minority will continue to see themselves as transgender after puberty.'" (According to the DSM-V, which is certainly pro-transgender, it is only a tiny minority that will still cross-identify after puberty.)
That's why the American College of Pediatricians, a group of medical professionals that broke away from the politically correct American Pediatric society, has stated that, "Conditioning children into believing a lifetime of chemical and surgical impersonation of the opposite sex is normal and healthful is child abuse."
And so, reality requires us to stop collaborating with this social madness, while compassion requires us to work harder to help people find wholeness without radical surgery and a lifetime of hormone therapy.
Enough is enough, unless we want our kids being sent gender surveys with 25 options to choose from, including genderqueer, tri-gender and gender fluid.
Otherwise, if we don't stop this downward slide, we might soon be required to provide litter boxes for people who identify as cats.
Originally published at askdrbrown.org - Reposted with permission