Western Apologists For Islam Have Never Lived Under Sharia Law 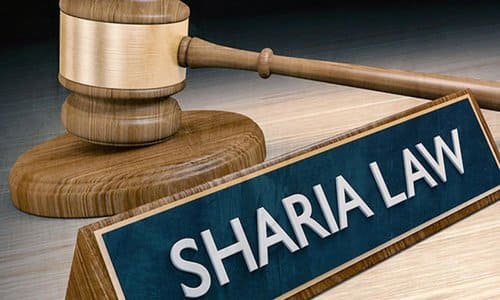 By Majid Rafizadeh/Gatestone Institute January 10, 2019
Share this article:
As someone who grew up in fundamentalist Muslim countries, the continuing spread in the West of apologists for sharia law is, to say the least, intriguing.
Many of these apologists, however, have no first-hand experience of how it feels actually to live in that part of the world or to be a victim of day-by-day radical Islam. What is painful is that although many of these apologists have never lived under Islamist rules, they often act as if they had.

First, as Turkish President Recep Tayyip Erdogan correctly said, "There is no moderate Islam; Islam is Islam."
Islam, however, can be interpreted. Even Erdogan has said -- although it is not clear what he meant by it -- that, "Islam must be updated."
Egyptian President Abdel Fattah el-Sisi, also expressed similar views:
"We must revolutionize our religion... We must take a long, hard look at the current situation... It is inconceivable that the ideology we sanctify should make our entire nation a source of concern, danger, killing, and destruction all over the world.
It is inconceivable that this ideology... I am referring not to 'religion,' but to 'ideology' -- the body of ideas and texts that we have sanctified in the course of centuries, to the point that challenging them has become very difficult... It has reached the point that this ideology is hostile to the entire world..."
Such views are further echoed by Dr. M. Zuhdi Jasser's highly respected American-Islamic Forum for Democracy, which in 2015, "convened and helped launch the Muslim Reform Movement... a coalition of over 15 Western Muslim Leaders (from the U.S., Canada, and Europe) whose goal is to actively fight radical Islam from inside by confronting the idea of Islamism at its roots."
Many apologists, nonetheless, when engaged in a debate about Islam, still defend its fundamentalism by deploying implausible "shields" to deflect incoming questions rather than answer them. These deflections can be seen in conferences, seminars, and media outlets.
Instead of addressing underlying issues and facts about fundamentalism -- for instance, sharia law and terrorism -- some of these apologists blame other individuals, as if whatever is being questioned is the fault of someone else. Under no circumstances do the apologists criticize the teachings, even if a few words could, as suggested, bring about some sorely needed "updates."
Apologists, instead, find other places to point the finger of blame, often preferably at the West; and then use the West as a scapegoat.
Some blame Westerners as colonialists and imperialists -- even though historically, throughout the last 1400 years, it was jihadists who invaded and colonized the Christian Byzantine Empire, now Turkey; then conquered and colonized all of the Middle East, North Africa, the Balkans, Hungary, Greece, Spain -- and recently, in 1974, northern Cyprus, which, the Turks -- claiming they were "protecting their rights" -- invaded. Currently, the only country that recognizes Turkey's occupation of northern Cyprus is Turkey.

Yet another deflection apologists use is to omit any mention of the suppression of women, as well as violence or terrorist attacks committed the name of Islam, even if those took place in the last month or so.
Instead, many apologists say that Islam is a religion of peace. What they leave out, regrettably, is that, according to Islam, this "peace" is to come only after all the world has converted to Islam. Until then, according to Islam, all the world is divided in two: dar al-Islam ("the House of Islam"), made up those who already believe, and dar al-harb ("the House of War"), made up of those who have yet to believe. If one is to follow the conclusions of doctrines based on jihad and Sharia, after all the disbelievers believe, then there will be peace.
"And fight them until there is no fitnah [disorder, unbelief] and [until] the religion, all of it, is for Allah."
(Quran 8:39 Sahih International translation)
What is odd, is that even after countless attacks in Europe just since 2001, when we have all seen and felt this House of War on our flesh, no one ever mentions its existence. Rather, we hear so often, even after terrorist attacks, that "Islam is the religion of peace". How come we never hear more about this House of War?
Many apologists also remind the world that Islam is not allowed to "transgress" but only to defend itself from "oppressors":
Fight in the way of Allah those who fight you but do not transgress. Indeed. Allah does not like transgressors.
And kill them wherever you overtake them and expel them from wherever they have expelled you, and fitnah is worse than killing. And do not fight them at al-Masjid al- Haram until they fight you there. But if they fight you, then kill them. Such is the recompense of the disbelievers.
And if they cease, then indeed, Allah is Forgiving and Merciful.
Fight them until there is no [more] fitnah and [until] worship is [acknowledged to be] for Allah. But if they cease, then there is to be no aggression except against the oppressors.
(Quran 2:190-193; Sahih International translation)
The problem with this requirement, however, is that people may feel tempted to see threats where there may not actually be any. Many people, for instance, might find it a bit of a reach to think that "oppressors" included the occupants of the World Trade Center (twice), or commuters riding the London transit system on July 7, 2005, or shopping at a French or German Christmas market.
Someone so inclined might, in fact, start seeing just about anyone who is not a Muslim, or even who is, as an "oppressor". Does that mean, then, that just being at a concert or a sports stadium, or watching fireworks or riding bicycles in a New York park makes you an "oppressor"? Or being a Christian, or other non-Muslim or even supposedly the "wrong" kind of Muslim?

Meanwhile, as these atrocities have been taking place, there have also been countless aggressions committed by the Islamic Republic of Iran, both against foreigners and its own citizens.
In Iran, as in similar countries, it is sharia law -- not the West -- that imposes executions on gays; treats treats women as second class citizens; hangs those who decide to leave Islam; executes minors; suppresses and kills Christians and Jews, and stones women to death for even alleged adultery, which can include having been raped.
Iran imprisons and lashes people for "crimes" such as dancing, listening to music , having a party, writing poetry, drinking alcohol, going on a date, taking off a hijab, wearing "un-Islamic" clothing or "being in close proximity to a boyfriend."
Sometimes, rather than discuss these grisly retributions, apologists might use the charge of "racism" as a shield to try to stop a debate before one can start. Critics are condemned as racists, while the "detail" that religion has nothing to do with race is ignored.
Many of these apologists, when asked about such unspeakable acts, reply that they have "nothing to do with Islam" and are not the fault of Islamic teachings. Some political and religious leaders also try to insist that ISIS has "nothing to do with Islam," even though many commentators accurately contradict them.
That Al-Azhar University, the center of Sunni learning in Cairo, refuses to accuse terror groups of heresy should dispel any fantasy about the contents of Islam. Most Muslims, of course, do not do any of these gruesome things and would not dream of doing them. The apologists in the West, however, seem only to see the sentimentalized fantasies in their heads.
What we are seeing, however, but may not wish to see, is -- as Erdogan pointed out -- mainstream Islam.
Some apologists prefer to claim that they are the actual victims - of "racists" and "Islamophobes", and sound angry and bewildered that people who have witnessed or read about countless attacks in the name of Islam, might have begun to look at Muslims a bit skeptically.
Still other apologists blame terrorist attacks on the victims. Their behavior, these apologists claim, has "caused" the attack. According to them, "Spanish foreign policy" caused the Madrid train bombings in 2004; and the Manchester Arena bombing of 2017 was "caused" by girls who wished to attend a concert.
No country probably has a spotless past, but at least the West tries to repair injustices, as by the 19th Amendment to the US Constitution granting women's sufferage, or the Civil Rights Act of 1964 , or current work on prison reform.
Sometimes these corrections even appear to be overcorrections -- as in sanctuary cities, where foreigners who have broken the law are favored over citizens who have not. At a certain point, such decisions can render one defenseless.
Finally, my message to such apologists is simple: Those who are whitewashing the purveyors of radical violence and extremism -- by changing the subject or accusing others, often unjustly, of racism, discrimination, oppression, and "Islamophobia" -- are contributing to their empowerment.
You are emboldening these fundamentalists and, by reinforcing sharia laws, enabling the suppression and subjugation of millions of women and children. You are enabling child marriage, female genital mutilation (FGM), the oppression and execution of children, gays, ethnic and religious minorities, and the increasing religious terrorism across the world. The cause, as pointed out, is born of a radical, outdated belief system. The cause is not the West.
Originally published at The Gatestone Institute - reposted with permission.