Final Peace Accord To Be Forced Upon Israel This Fall? 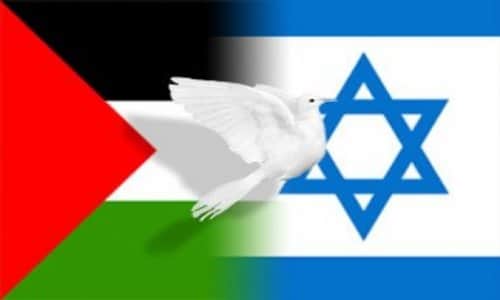 By Kade Hawkins April 28, 2016
Share this article:
Palestinian Authority President Mahmoud Abbas has decided it is better to risk the wrath of his own supporters than to lose French and International support for action against Israel before the UN.

For several weeks, anticipation had been building in expectation of Abbas trying to secure a UN Security Council resolution on April 22nd condemning and declaring as illegal the ongoing construction in Israeli West Bank communities.
Palestinian diplomats continued to assure Western diplomats and the international media that the demand for a vote on the Palestinian resolution was not in question. However, this was clearly not the case and the confusion within Abbas' own party was demonstrated when Palestinian Foreign Affairs Minister Riyad al-Maliki, in New York with Abbas, confirmed the vote was to take place one day after his office in Ramallah denied it.
Abbas eventually postponed any initiative at the request of France who wants to be in the driver's seat of their own Israeli-Palestinian peace summit later this year.
Some frustrated senior Palestinian officials blasted Abbas for backing out as they see no reason to wait for further support. However, the French initiative appears to go much farther than Jewish settlement issues.
The French proposal will see representatives from some 30 countries meet on May 30th to discuss the parameters for an international peace conference to be held later in the year in Paris.  The US, Russia, European Union, UN, Arab League and the members of the UN Security Council will all attend the May meeting. Ironically, neither Israel nor the Palestinians will be present.
Israeli and Palestinian leaders will not be invited until the 2nd meeting, which will have as it's goal the opening of talks to reach a final peace accord.
The fact that Israel and Palestinian leaders will not be at the May 30th summit is a glaring warning to both sides that international frustration at the lack of progress with peace talks has reached a boiling point. Some analysts worry that this could be the beginning of an imposed peace upon the parties rather than the parties themselves coming to terms.
The "parameters" for peace that the International community is committed to have already been made clear in resolution after resolution before the UN.  This includes Israel withdrawing from all the lands it has captured during the 1967 war, including East Jerusalem and the Golan Heights.
The latest of which was again reinforced this week when the United Nations Security Council unanimously voiced alarm over recent Israeli statements about the Golan Heights remaining in Israeli control forever.
Those expecting the US to stand by Israel's side in such negotiations should remember that in November, Netanyahu reportedly asked US President Barack Obama to recognize Israel's sovereignty over the Golan Heights. Obama refused even to reply, according to Israeli media accounts.
The US has made clear it supports Israel giving up land for peace but under the right conditions.  Those conditions might just be Obama wanting to leave behind a legacy of helping push the peace process forward as one of his last acts in office.
The land for peace exchange serves as the foundation of the Arab League's peace plan, which was launched in 2002.  It is believed the French are planning to use this document as the basis of future negotiations.
The 2002 Arab Peace Initiative called for a two-state solution based on an Israeli withdrawal to the pre-1967 armistice lines and making east Jerusalem the Palestinian capital in return for "normal relations in the context of a comprehensive peace with Israel."
The initiative also called for the "achievement of a just solution to the Palestinian refugee problem to be agreed upon in accordance with UN General Assembly Resolution 194."
In the Arab world, that resolution is viewed as enshrining a Palestinian refugee "right of return" to places in Israel they or their ancestors fled from or were driven from during the 1947-1949 War of Independence.

Saudi Arabia has already floated the idea of establishing an embassy in Israel if it accepted the 2002 Arab Peace Initiative and was also one of the major countries behind getting Abbas to rescind his petition, so that their initiative with French backing would be the basis for future negotiations.
The potential scenario is that diplomats will go beyond Israeli-Palestinian issues and make it part of a much larger Arab-Israeli peace, encompassing both Palestinians and the Arab League.  Peace with the entire Arab world may just be the one thing that would tempt Israel to cross red lines it has vowed never to cross.
Bible prophecy experts have long pointed out that a final "peace covenant" is predicted in Daniel 9:27 and involves Israel signing a peace agreement that encompasses several important factors including, "confirming" and peace with "many".
The idea of "confirming" suggests guaranteeing or enforcing an existing treaty, one that has already been put forward such as the Arab Peace Plan.  The idea that it involves "many" suggests such a treaty would be much more comprehensive than just the Palestinians.  The Arab League represents over 22 countries and would certainly qualify as "many".
Daniel details several other elements to this treaty, one of them being that it will be for seven years. This covenant described in the Bible begins the final seven-year countdown to complete what is often known as Daniel's 70 Weeks and is often called "The Tribulation Period". This period of time is described at great length in the Book of Revelation.  Will this upcoming treaty involve a seven-year timetable?
One of the most important parts that Daniel reveals to us is that the Antichrist plays a direct role in guaranteeing this treaty. There is no world leader currently that fits the qualification of the Antichrist and so either his rise needs to happen quickly, this process is only the beginning of a much longer process, or we continue to wait for another scenario that will fit more perfectly into God's plan.
The end of May will start to give us some clues as to what we can expect from the peace conference later this year.  More than likely none of the solutions bode well for Israel.  Scripture reveals that the eventual peace treaty that is signed will only be a temporary peace, leading to the deadliest time on earth that man has ever known.
God has laid out for us in advance what to expect in the Last Days and this is an important period of time to become better equipped on such Biblical passages.
We encourage you to get our new DVD series on the Book of Revelation called "Decoding The Future".