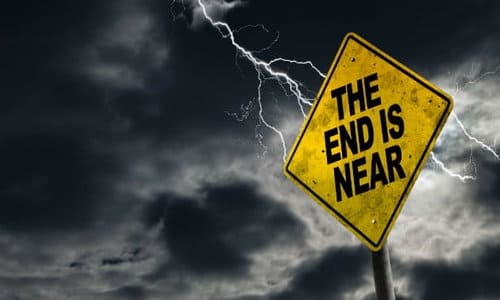 By Britt Gillette/End Times Bible Prophecy July 22, 2019
Share this article:
In 1970, Hal Lindsey published The Late Great Planet Earth. The book sold millions of copies and introduced a generation to the miraculous fulfillment of end times bible prophecies in our day and time.
Coming on the heels of World War II, the rebirth of Israel, the Six Day War, and widespread societal upheaval, many were convinced the rapture would take place before the end of the decade. But the 1970's came and went, and Jesus did not return.
Then, in the 1980's and 1990's, numerous bible prophecy books with titles like "Countdown to Armageddon" and "Final Warning" sold all over the world. Again, many people were convinced Jesus would return before the end of the century. Yet Jesus didn't come.
Then the world experienced Y2K, the September 11th terrorist attacks, and the phenomenal success of the Left Behind series. Once again, it seemed as though Jesus would return at any moment. But once again, he didn't. And then something happened. Complacency set it.
End Times Burnout
Because Jesus hadn't come, many Christians began to openly doubt whether He ever would. Why? I believe there are at least two reasons. First, we live in a culture that demands instant gratification. We don't like to wait as little as two minutes for a microwave to cook a meal it took our grandparents half a day to prepare. We're impatient, and we're used to getting what we want when we want.
The second reason is the errant predictions of date setters. False prophets such as Harold Camping and Edgar Whisenant told the world Jesus would return on specific dates - even though Jesus said "no one knows the day or hour" (Matthew 24:36). The media gives widespread attention to these predictions. When these days come and go, the false prophets are exposed.
This leads to ridicule of bible prophecy, and in some cases, even Christian leaders publicly dismiss bible prophecy as a playground for crackpots and the ignorant. But these critics forget false prophets made these claims, not the Bible. The Bible's track record remains perfect. In fact, the Bible predicted this complacency long ago.
The Bible Said This Would Happen
Almost two thousand years ago, Peter issued a warning. He said in the last days people will deny the signs we see today. He said they'll mock the idea of Jesus returning. They'll make fun of those who believe in the Second Coming and say the exact things we hear today - things like, "I thought Jesus was coming back? What happened to His promise?
Generation after generation has said He's coming. Yet, since the beginning of the world, everything has remained the same!" (2 Peter 3:3‐4). You've probably heard variations of this complaint yourself. Maybe you've heard it in church. But is it true? No. It's not. Nothing could further from the truth.
Are Things The Same As They've Always Been?
To say the world is the same today as in years past - that we don't live in unique times - is just not true. More than any other generation, ours has reason to expect the Second Coming. Jesus and the prophets said to look for specific signs heralding the end times. For over 1,800 years, you couldn't find one of the signs they said to look for. Today, in one form or another, you can find all of them. Here are just a few examples:
The Jewish People Back in the Land - God promised to bring the Jewish people back into the land of Israel before He returned (Jeremiah 23:7-8). He said He would call them from "among the nations" (Ezekiel 39:28), from "the farthest corners of the earth" (Isaiah 11:12), and from "north, south, east, and west" (Psalm 107:3).