The Fading Light Of Pop-Christianity 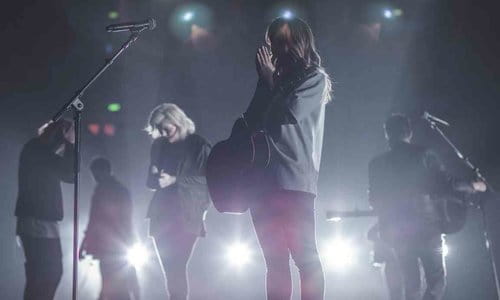 By Chris Saenz/Post Christian Era September 10, 2019
Share this article:
Many Christians were shocked in August when longtime Hillsong songwriter, Marty Sampson announced that he was "losing his faith".
In a Twitter post (that has since been removed), Marty claims that he is "not in anymore" and wants "genuine truth. Not the "I Just Believe It" kind of truth". His list of reasons that Christianity is "not for me", according to Sampson, read like a laundry list of teenage rebellions to Christianity during youth group:
- Christians are judgmental
- Science disproves Christianity
- Preachers fail morally
- The Bible has contradictions
Many Christians will read this news and wonder how God's power fits in to a Christian leader walking away from the Faith. Christians may wonder how someone so influential to modern Christianity can reject the faith he led others through.

Is God losing His elect to the powerful forces of modernity?
In one of Marty's most popular songs, Oceans, one lyric reads:
"Spirit lead me where my trust is without borders"
Did God fail to lead Marty into an unfailing trust?
Not in the least.
You see, its obvious from his recent apostasy announcement that Marty's faith rested in a form of Christianity that reflects the spirit of our age, rather than a faith led by the Spirit of God.
The Hillsong brand of Christianity is one marked with pursuing earthly treasures, entertainment, celebrity, and sensationalism.
I like to call it "pop-Christianity". Drawing from all the entertainment and commercial successes of the 21st century, pop-Christianity appeals to the temporal at the expense of the eternal.
This, however, is not unique to Hillsong-Christianity. It was the sociologist Christian Smith in his book Soul Searching whose research formulated the most popular beliefs that today's professing Christians hold to.
Through interviewing hundreds of Christians, his research revealed that professing Christian's most important beliefs about their faith are:
- God wants people to be good, nice, and fair to each other
- The central goal of life is to be happy and feel good about one's self
- Good people go to heaven when they die
Smith coined the term Moralistic Therapeutic Deism (MTD) to describe this form of Christianity. It is moralistic, in that there are rules; deistic in that there is a god, and therapeutic because the goal of this faith is happiness. 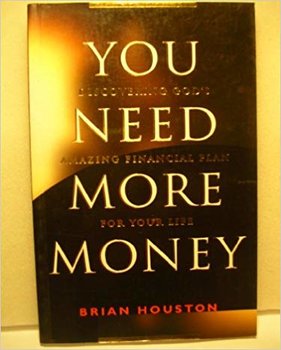 Just look at the title of Brian Houston's (founder of Hillsong Church) book and you'll see a form of Christianity overly concerned with the one's material condition. Add to that the Hillsong worship experience that is more of a psychological experience than communing with the divine, and you have a faith that makes no sense to questions of morality, holiness, and truth.
As if right on cue, I talked to a high school aged boy this week who grew up in the church. He chuckled as I suggested that God is not primarily concerned with us being happy, as if to say "you're joking, right?"
It is not difficult to see why a successful person like Marty Sampson would walk away from Christianity. His life is more secure than most; why wrestle with difficult topics like morality, which is essentially asking the question "how would God have me live" and "which actions are holy and good, and which are unholy and do damage". He claims that the Bible has contradictions; why wrestle with the writings of 2000+ years of Christian thinkers who have made sense of it.

The disheartening thing is that the sensational and prosperity-focused forms of Christianity are extremely prevalent. Even in historic churches and denominations, MTD is the result of modernity's philosophies at work within the hearts of their parishioners.
Making A Mockery Of Christianity
The Hillsong phenomena may be a very visible and organized form of pop-Christianity, but any time you see a church losing focus on holiness, wisdom, truth, and beauty, and trade it in for entertainment, gimmickry, and focusing on the present world, it is making a mockery of Christianity. Unfortunately, our culture is full of pop-Christianity vying for members and donors instead of disciples.
We mentioned here the mockery of Christian art, supported by the New York Cardinal. Hillsong Gold Coast might have been trying to top that when it literally turned its service into a circus.
Hillsong Gold Coast has all the fun and fascination of a circus: 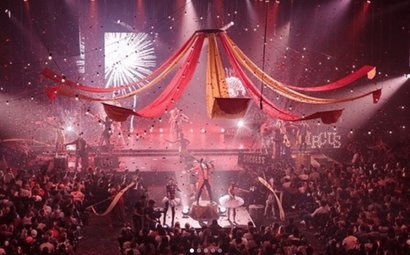 Not to be outdone, the historic Norwhich Cathedral in England had a helter-skelter installed. The Rev. Jonathan Meyrick delivered a sermon atop the carnival ride, saying, "God is a tourist attractions," and "God wants to be attractive to us... for us to enjoy ourselves, each other, and the world around us and this glorious helter-skelter is about just that"

A sacred cathedral becomes a joke
This after the Anglican church also installed a mini-golf course in another UK cathedral. 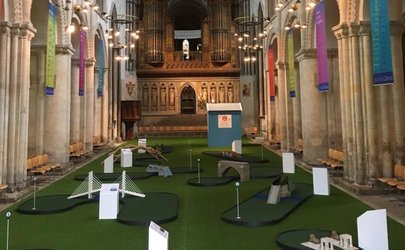 But perhaps the circus is too yesterday for you. Well, if games are your thing, the Roman Catholic Church has designed a PokemonGo-style app for you to play. With "Follow JC Go", you can "catch" all the saints of the Church for your pilgrimage.

And if electronics aren't your thing, a church in Texas had a basketball theme for March Madness, where an entire court was installed on the altar -- err... stage. 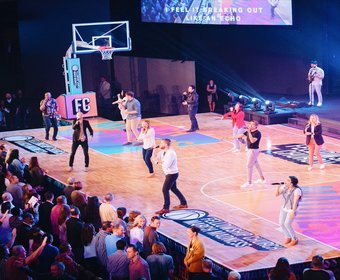 If you are looking at these examples of pop-Christianity and wondering "what is wrong with making Christianity attractive?", the answer is that Christianity is attractive. What is being done by pop-Christianity is clouding truth and beauty with sensation and indulgence. Pop-Christianity is to spiritual health what Fast Food is to physical health; a cheap alternative that simply appeases the appetites.
The Christian faith rests upon the fact that God is beauty, and all His works and His ways are full of His beauty. The Christian is simply left to soak up that beauty; to bask in the light of God's goodness. This requires obedience, relationship, reflection, and dedication to the God who dwells with His people. No amount of buzzing sounds and flashing lights will sustain a lifelong faith.
Get In Or Get Out
Pop-Christianity does offer something that may seem appealing: a foot in both worlds. Pop-Christianity has all the sensation and spectacle of popular culture, which is inarguably dedicated to feeding whatever passions and desires one might have. Yet, simultaneously speaking the language of and seeking for the divine.
But Christianity does not fill the same voids as popular culture. Pop culture fills desires for momentary pleasure. Christianity fills the desire for meaning. So like all popular culture fads, pop-Christianity fades away. Or its followers walk away.

Pop-Christianity also leaves its followers open to ridicule even from those on the outside. The outsider observes that pop-Christianity is an attempt to live in two worlds; like one who says they are a "baller" (slang for "basketball aficionado"), yet never dedicates any time to improve the skills and knowledge needed for the game. In other words, its easy to see the attempt to live devoted to one's professed lifestyle (pop-Christianity or being a "baller") isn't a serious one.
Although the outsider may not agree and indeed detest ones disciplined obedience to the Christian faith, the outsider's reaction is a validation that he is reacting to something genuine; a faith taken seriously.
Abandoning Pop-Christianity
By now we should see that Marty was a victim of the pop-Christianity that he facilitated for years. A faith that relies upon covering truth and beauty with sugar to make it more palatable is one that is easily given up in the face of adversity; even to the one's pouring the sugar.
What surprises me is how a person with such a limited understanding of the Christian faith gathers such a large following of people who desire that understanding. But if our culture is one that is desperately seeking moments of sensation and indulgence, then perhaps it is understandable that a figure with a talent for satisfying such appetites would ascend to such a position.
The job of the Christian today is to see the Christian faith as more than a hobby or part-time job. It doesn't just inform a person, it directs their every step and the paths they choose. The problem I see very often is that churches and ministries take their cues from the entertainment and commercial practices of pop-culture. And individual Christians try to fit cultural values into the way of Christ. It must be clear that the worlds ways are not Christ's ways.
Our faith directs what is valuable (sacrifice, servanthood, holiness), and so does pop-culture (fulfilling desires, having intense experiences).
Our faith directs what is wise (living simply, unaffiliated with the world), and so does pop-culture (living lavishly, and taking cues from the world).
Our faith directs what we use our time on (spiritual disciplines, serving one another, worship of Christ), and so does pop-culture (seeking sensational experiences, personal goals, making one's life comfortable).
Our faith directs which temperaments we should foster (meekness, patience, peacefulness) and which we should limit (selfishness, quick to speak, sporadic), while pop-culture encourages
Christianity and popular culture pull the individual in different directions. Its time to sever the ties. Its time to abandon Christian methods and ministries that are too entwined with the ways of pop-culture. Its time to stop letting fast-food Christianity be the main part of our diet.
Lest we have more Marty Sampsons leading, then leaving our churches.
Originally published at Post Christian Era - reposted with permission.