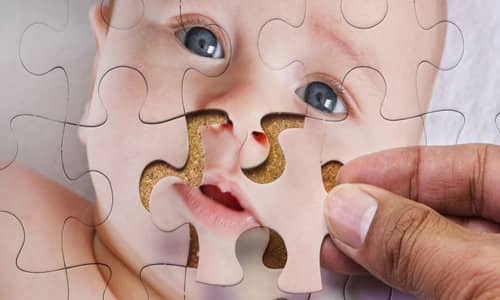 By Steve Schiller, Steel on Steel January 10, 2016
Share this article:
What do the words multiplex, made-to-order, and moratorium all have in common? If you said they all begin with 'm' youd be correct. But theres a deeper connection that blends together the worlds of genetic engineering and science fiction.
Genetic engineering has been made easier by the use of the CRISPR-Cas9 machine, an invention that can be used to insert, remove, and change DNA in any biological organism, including human embryos. This opens the scientific door to a plethora of opportunities to treat and prevent diseases.

But in the United States, UK, and China  the Big Three global leaders in gene manipulation  the question on the table is: should this be allowed? Members from the triad met in Washington DC in early December to discuss the ramifications and ethics of moving forward in this field of study. One might think that great strides and regulations had burst forth from this grand moratorium.
What actually happened is that the moratorium committee issued a statement urging the Big Three to take the lead in discussing the uses of genetic research, influencing policymakers, and formulating guidelines. It seems this moratorium was a cutting edge chance to kick the discussion can down the road a little farther.
The conference did succeed in airing many of the questions and concerns surrounding the new science of genetic manipulation.
What are some of these eyebrow raising issues?
The strangest, I think, is called multiplex parenting. In theory, technology could allow for any number of parents from three or more of either sex or just one to contribute DNA to create a baby. You could have three women and one man, two men and a woman, or even three men with no woman. Or one person  a "solo parent"  could be all thats needed.
I mentioned the words 'in theory' because this technique currently is most advanced only in mice. While not yet advanced enough for human embryos, scientists are working feverishly to one day make it possible.
Building on the belief that curing potential diseases will help push through the research, many scientists and professors admit that they have minimal knowledge of the long-term implications of multiplex reproduction. Some are using the cautious balanced approach of refusing to give up on a technology they fervently want to pursue by stating they will only proceed under controlled conditions if and when it is safe to do so.

Only time will tell how long that promise holds out.
Another concern consuming hours of debate has been the controversial topic of designer babies. Scientists have started the genetic editing clock with the all too familiar goal of eliminating diseases. Critics argue, though, that theres nothing to stop the rich and powerful from unloading ridiculous amounts of money to power up the CRISPR machine and give them the perfect baby.
A. Cecile J.W. Janssens, an epidemiology expert from Emory University, recently wrote a piece in Newsweek that plays down the possibility of designer babies, stating that due to the genetic nature of different traits, there is little if any opportunity to enhance babies genetically.
She also warns that trying to "cure" diseases at the embryonic level is dangerous. She states: "Not only could off-target cutsunintended edits in the wrong places of the DNAintroduce heritable errors, but mutations may... increase the risk of one disease while decreasing the risk of another."
George Church, a professor of genetics at Harvard, however, has come out in support of genetic editing, writing that attempting to eradicate diseases is "unlikely to lead to unforeseen effects" and "would not be especially unsafe."
A myriad of scientists and experts can be found lining up on either side of this issue. Who do we believe? It appears there is a long road ahead before a decision is reached on whether we should proceed with the technology and if so, what the guidelines should be.