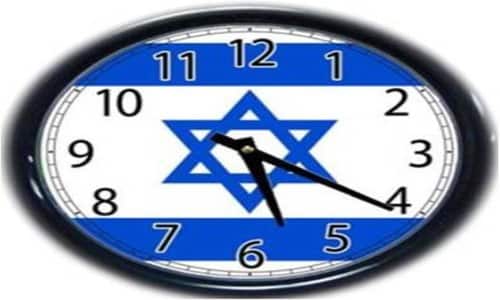 By Tom Olago July 06, 2016
Share this article:
The potential signing of a Middle East peace treaty between Israel and the Palestinians - and by extension the Arab world- would be a highly significant event on God's prophetic calendar.

However, the lingering million-dollar question is: what happens if either or both parties reject the peace accord?
If the Palestinians and the Arab world were to reject it, they may very well initiate a war as a final solution or last resort - arguing that endless years of talks have achieved nothing and that even persistent high-profile international mediation has proved useless.
Could we see a war against Israel, sparked by global frustration and aimed at forcing them to hand over the pre-1967 lands if they will not concede them at the negotiating table?
Obama may also be eager to grasp at the opportunity to stamp a powerful and lasting presidential legacy on his way out of the White House, by choosing not to veto a plan to force Israel to sign a peace treaty.
Could it be that the gathering of a confederation of nations against Israel, as prophesied in Psalms 83, will finally take place because a well-crafted peace treaty falls through? So much so, that the anti-Israel nations would go so far as to attempt to destroy Israel completely?
Psalms 83:4 says "They have said, Come, and let us cut them off from being a nation; that the name of Israel may be no more in remembrance". Perhaps only after failing to defeat Israel (as insinuated in the rest of the Psalm) would the final seven-year treaty be signed - probably in a revised form.
The Jews, however, may find that the proposed peace treaty asks too much from them in exchange for too little. In which case, they may opt for the 'Samson Option' - choosing to defend Israel even at the cost of bringing down the entire world in a 3rd world war.
Israel may calculate that the world has never gone to war against her simply because it cannot afford to - and that they would not be the first ones to blink in the event that tensions escalate to the boiling point.
In an alternative scenario, knowing how keen Obama is to seal a Middle East peace deal  even if it would be to Israels disadvantage - the UN may push for a deal while Obama still has the power to help push it through by November 2016. After all, theres no telling how much a Clinton or Trump presidency might complicate things in 2017.
It is also likely that a third-party,  considered to be 'neutral' - such as the U.N or perhaps NATO - would enforce such an agreement and provide the security required for its perceived success.
When would the timing of the peace treaty be? In Matthew 24: 30-36, Jesus said that the generation that saw the rebirth of Israel as a nation in the end times would not pass, "till all these things be fulfilled" including the events immediately preceding the second coming of Jesus Christ.
The question then arises how long a generation would be. Scholars originally considered it to be 40 years, but time has since disproved that theory.
According to khouse.org, a generation as described in the Bible begins at conception and ends at death (Genesis 17:6-9; Psalms 22:30; Jeremiah 1:4,5; Acts 13:36; Joshua 24:29-31). Consequently, the average lifespan of a group of people living at about the same time constitutes the length of that generation.
The article concluded this to be 70-80 years based on Psalm 90. On that basis, counting 70 to 80 years from the date of the birth of Israel in 1948 would propel us to 2018 - 2028, providing a ten-year time frame within which the last seven years prior to the return of Christ could run.
Does that mean that no peace treaty is possible prophetically before 2018? That would depend on whose definition of a generation is more accurate.
Other experts are persuaded that a generation actually lasts 40-70 years, in which case the peace treaty deadline could be May 14, 2018 - making 2016 to 2017 a distinct possibility for a peace settlement timeframe.
For Christians, regardless of the exact timing, the imminence of a Middle East peace treaty is all exciting, and pregnant with spiritual significance: The Antichrist is about to be revealed. The Third Temple will be rebuilt soon. Jesus is coming back again.
And no matter whether we hold the pre-Tribulation, mid-Tribulation or Post-Tribulation view,  it won't be long before the believer in Christ will start to begin an eternity with God in a sin-free, perfect paradise called the New Heaven and the new Earth(Revelation 21:1).