How Should Christians Respond To the 'Pokémon Go' Craze? 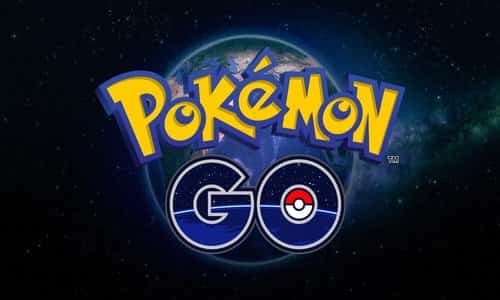 By Tom Olago July 14, 2016
Share this article:
The 'Pokémon Go' fantasy role-playing game is here and its release has been an astounding success, reminiscent of the Harry Potter heydays. The craze has swept the United States and its reach, according to the Los Angeles Times, is poised to surpass even Twitter.

As Erica Evans and Rick Anderson further explained, just a few days after its launch 'Pokémon Go' already had an iron grip on America: mobs of people wandering neighborhoods, parks and urban thoroughfares searching for imaginary creatures on their smartphones.
Many come together in parks and at well-known landmarks in their quest electronically to gather 'Pokeballs', which are then hurled at the game's pocket monsters to capture them. Players often visit sites such as churches, which digitally become "gyms," where battles are fought.
The craze sent Nintendo's stock soaring, adding $7.5 billion to the video game maker's market value - a significant leap in its success. Nintendo has struggled in recent years to produce a hit that comes close to matching the success of its 2006 console, the Nintendo Wii.
By early July, 'Pokémon Go' already had more downloads than the popular dating site Tinder and was already poised to surpass Twitter in daily active users on Android devices. It ranked above Facebook, Snapchat, and Instagram in the Google Play store.
Little wonder that the frenzy accompanying the game's rollout amazed investors and boosted the fortunes of Pokémon Company, game developer Niantic Inc. and investor Nintendo. Separate reports estimate that Pokémon has about 10 -20 million daily active users.
Its catchphrase "Gotta catch them all" seems to capture well the essence both of the Pokémon marketing strategy and the themes of the game itself.
So what exactly is Pokémon and why does it generate so much interest and excitement? As Matt Slick for carm.org explains, Pokémon which is short for "pocket monster," has become a phenomenal success in America among children.  The cards have pictures of different Pokémon on them, more than 150 so far.
The Pokémon have special powers and share the world with humans.  The idea of the game is to have the children learn how to collect as many Pokémon as possible, train them, and use them against other people's Pokémon by invoking the various abilities of each Pokémon creature.
Pokémon can evolve and pass through various levels, 100 being the highest.  Colored energy cards are sometimes used to aid the Pokémon.
There are cartoons and even a movie based on the Pokémon characters.  Almost every child in America is familiar with this fad and owns some form of Pokémon paraphernalia.
Within the game, evolution is taught repeatedly.  There are special stones (Fire, Leaf, Moon, Thunder, and Water) that can be used to force some Pokémon to evolve or grow into more powerful creatures.  Of course, after normal development in skill learning, various Pokémon often evolve on their own.
If the game seems to have strong spiritual and religious themes interwoven into it, the religious type of fervor and passionate commitment it inspires is similarly pronounced.  According to Hannah Gould for the Guardian.com:
"These fanatics speak in a special language, undertake hours of devotional activity, and together experience moments of great joy and great sorrow. It is an obsession, many say, that has taken over their lives, and for which they will sacrifice their bodies. They understand the world in a way the uninitiated cannot".
Gould noted some close religious parallels such as with Shintoism, Japan's oldest religion that teaches the world is inhabited by thousands of kami, or gods. When offerings are made to them of food and incense, kami bestow good luck in business, studies, and health, but when disrespected, they can turn vindictive.
Further, the water/ground Pokémon Whiscash bears a strong resemblance to namazu, a catfish who causes earthquakes in Japanese mythology; meanwhile, grass/dark Pokémon Shiftry is clearly a tengu or goblin.
In her 2006 book Millennial Monsters, Anne Allison, scholar of Contemporary Japan, argues that popular culture phenomenon such as Pokémon demonstrate a kind of "techno-animism", which imbues digital technologies with a spirit or soul.
This type of animism is embedded in commodity consumerism, where emotive ties between people and things are used to push products. In Gould's view, it is equally a means of fighting the dislocation of modern life by allowing consumers to create meaning, connection, and intimacy in their daily routine.

Gould conveyed the popular view that what's compelling about Pokémon Go is its immersive play, which blurs reality and fantasy. Using the phone's GPS and camera functions, it projects a layer of augmented reality onto a mapped streetscape.
This, she says, allows players to simultaneously to inhabit two worlds - one geographic and one imaginary - leading to both humor and danger when they collide.
The LA Times article similarly noted that already the game has posed risks and warnings that users may be drawn into danger. Armed robbers in Missouri used the app to lure victims to isolated locations, police said. Others have been injured chasing the imaginary characters without paying attention to their real-life surroundings, such as when crossing streets.
Churches have already been sucked into the craze - sometimes willingly, in other cases unwittingly but with growing "it's just a game" acceptance.
As Leonardo Blair for the Christian post recently explained: "Pokémon Go...that some Christian churches once condemned as evil, is surprisingly now sending many players of the game to local churches, and in some cases, they are being welcomed with open arms".
As part of the game, Church properties are also being used as gym locations. In Pokémon Go, a gym is where players, known as trainers in the game, gather to battle against each other.
Trainers join one of three teams at an early stage of the game, and those teams fight for control of the gyms. If a team controls a gym, that team gets perks and bragging rights at the location. Gyms are also usually located in public places.
But is Pokémon spiritually dangerous?  Matt Slick for carm.org says that potentially, yes it is.  It conditions the child who plays the game into accepting occult and evolutionary principles.
Haunter can hypnotize, eat a person's dreams, and drain their energy.  Abra reads minds.  Kadabra emits negative energy that harms others.  Gastly induces sleep. Gengar laughs at peoples' fright.  Nidoran uses poison.
The psychic type of Pokémon is among the strongest in the game.  Charmander, Haunter, Ivysaur, Kadabra, and many more evolve.  The children are taught to use these creatures to do their will by invoking colored energy cards, fights, and commands. Much of it is very similar to the occult and eastern mysticism.
The Bible says to "Train up a child in the way he should go, even when he is old he will not depart from it" (Proverbs 22:6).  2 Chronicles 33:6 speaks of the evil of King Manasseh, "And he made his sons pass through the fire in the valley of Ben-hinnom; and he practiced witchcraft, used divination, practiced sorcery, and dealt with mediums and spiritists. He did much evil in the sight of the Lord, provoking Him to anger."
Slick added: "I do not see how allowing children to play with games that encourage fighting, reading of minds, use of poison, mimicry, taunting, teleportation, hypnosis, and evolution can be a good thing.  This is not training a child to righteousness; it is accepting the occult and secular evolution.
Is this what we, as Christians, want our children to meditate on?  Of course not. If children are conditioned to accept these things in youth, then they will be more likely to accept these ideas in adulthood.  This leads people away from God's word and truth, not toward it.  This is dangerous to a person's eternal destiny.
Slick summarized by stating that there is nothing wrong with children having fun and using their imaginations, but when that fun involves the occult it is dangerous.
As Christians, we should be very concerned about what our children are involved in since they can be so easily influenced.  They don't need the influence of the occult or evolutionary theory to help them towards Christ.  They need the truth", he concluded.
In view of the publicly acknowledged spiritual but anti-Christian elements of Pokémon, that advice would also apply to churches that embrace these games or allow 'Pokestop' or 'gym' access on church grounds.  Or in the inspired words of the Apostle Paul:
"Prove all things; hold fast that which is good. Abstain from all appearance of evil". (I Thessalonians 5:21-22).