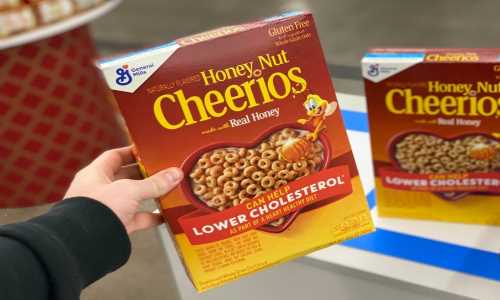 By Tyler Durden/Activist Post October 13, 2021
Share this article:
Americans who are accustomed to a bowl of cereal as their go-to breakfast meal are about to experience a price increase because of rapid food inflation.
This year, a devastating drought in North American oat fields has resulted in the lowest harvest for the cereal grain in years, pushing prices to record highs, a warning sign that breakfast inflation is imminent.
Scorching heat waves in Candian oat fields slashed production to an 11-year low. Canada, the world's biggest exporter, ships most of its oats to the US, its largest consumer.
The result so far has been a new record high in oats futures trading on the CME. The sudden spike in prices has yet to ripple through supply chains to affect consumers, though that will be coming.

According to Bloomberg, "the situation for North American farmers was so dire in the summer that many cut their losses and harvested damaged plants to be sold as feed for animals."
What this means for consumers is that dwindling supplies and record-high prices will soon affect foods like cereals, oatmeal, and granola bars, all popular breakfast items.
Randy Strychar, president of Ag Commodity Research and Oatinformation.com, said Cheerios, the US' most popular cereal, is made entirely of oats. He said there's no substitute for the ingredient: "You can't make a Cheerio out of barley."
Neither General Mills, the maker of Cheerios and Nature Valley granola bars, nor Quaker Oats Company, the maker of oatmeal, among others, have yet to announce price increase of their oat products, but that could be imminent or at least create an illusion of stable prices through shrinkflation.

As for Oatly Group AB, the world's largest oat milk company, they're able to source in the Baltics and other countries in addition to Canada to mitigate soaring prices. As for smaller North American oat-milk producers, they could be forced to raise prices.
Another popular breakfast food facing higher prices is sugary donuts, according to Krispy Kreme, Inc., who recently warned ingredients, such as flour, butter, milk, oil, and sugar, are forcing the company to raise prices.
Global food prices rose to a new decade high last month, according to a United Nations index.
Breakfast foods might soon be the latest causality of soaring food inflation impacting the working poor the hardest.
Originally published at Activist Post - reposted with permission.