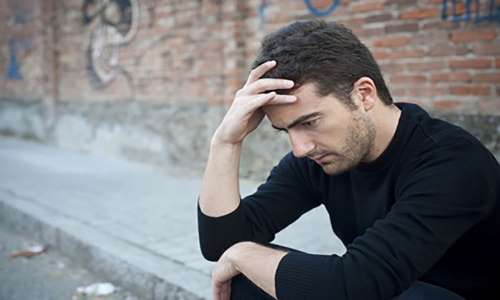 By Tony Perkins/Family Research Council November 05, 2021
Share this article:
In September, a startling report was published by the National Student Clearinghouse regarding college enrollment. It found that almost 60 percent of college students were women, while only 40 percent were men.
In the last five years, the percentage of male college students has decreased by an astonishing 71 percent. While there are certainly many factors that have contributed to this decline, there is no denying that young men in America are struggling with finding a sense of purpose.
And is it any wonder? As Senator Josh Hawley (R-Mo.) observed on "Washington Watch," the American Left has been on a singular mission to deconstruct manhood and masculinity in the name of "equality" and "taking down the patriarchy" for a long time, and it has been hugely successful.

"They want to get rid of the concept of manhood and womanhood," he said. "They want to get rid of the concept of men who actually will be independent, who will be strong, who will stand up for themselves and their families and their rights.
And what they really want to do is sell this idea that America is a toxic place, an oppressive place, and men by their very nature are toxic and oppressive so that if you are a man and if you believe in being a man and you want to exercise what is traditionally thought of as the masculine virtues--strength, independence, willingness to fight, assertiveness--that those are inherently toxic."
As Hawley pointed out, nowhere has this war on manhood been more blatant than in our nation's schools. "We see this taught in our schools ... our boys are taught this, that if boys are rambunctious, they need to be medicated. If they're assertive, they need to be called out.
We see young men told that their manhood is inherently toxic and oppressive. And what it's leading to is a whole bunch of men basically shirking their responsibilities, withdrawing from the labor force, withdrawing from their families. We've got an epidemic of fatherlessness in this country, and it's becoming a society-wide crisis."

To make matters worse, it has now become painfully clear that the Left's war on men has turned into a simultaneous war on women. "The Left now has decided that they don't really believe in the concept of gender," Hawley said. "They don't think anybody should. They don't think that 'manhood' is a real thing. They don't think that 'woman' is a real thing. Democrats won't use the word 'mother' anymore. They talk about 'birthing people.' They talk about 'individuals' who get pregnant. They won't say, 'woman.'"
Hawley went on to underscore how this war on gender differences has far-reaching consequences. "The Left has developed this weird obsession with gender and trying to erase all gender distinctions," he noted. "Whether we're talking about women's sports, whether we're talking about women's locker rooms or whether we're talking about the draft, there are real differences between men and women, and those are wonderful things that should be celebrated and protected, not erased."

It has indeed gotten so bad that the Left is now trying to make it mandatory for women to register for the Selective Service as part of this year's National Defense Authorization Act (NDAA) (Hawley has filed an amendment to remove the offending language from the bill). "We shouldn't force our mothers and our sisters and our daughters to fight our wars for us," he said.
As Hawley has observed, "most Americans say if a woman wants to serve [in the military] that's wonderful -- and by the way, women have been absolutely central to our war efforts since we have been a country, in many different ways, including, of course, fighting. But the idea that they be forced into compulsory service," instead of having men shoulder those responsibilities, "I just think it's crazy."
Any day now, the Senate could take up the NDAA, which currently has a requirement for women to register for the selective service. Please tell your senators to support efforts like Hawley's that would strike this requirement, and protect women from being forced to register.
Originally published at Family Research Council - reposted with permission.