Progressives Use Gay Rights Arguments To Push For Leaglized Incest 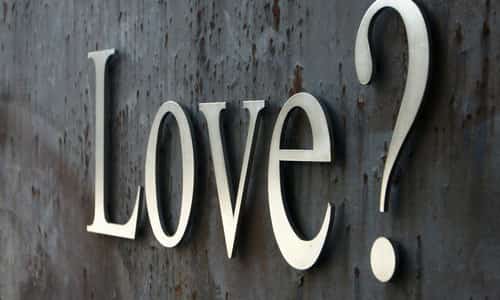 By Michael Brown/Askdrbrown.org August 11, 2016
Share this article:
We've heard it for years now. "Love is love. I have the right to marry the one I love. Love wins."
Well, if these slogans are true, why can't a mother marry her adult son? Why is that wrong?

If two grown men or two grown women can marry each other, why can't a grown mother and son have a consensual, loving relationship?
Isn't it bigoted and discriminatory to say that consensual homosexual love should be recognized by the law while consensual incestuous love is rightly criminalized? How can you support the one and condemn the other?
Already in 2007, Time Magazine raised the question, "Should Incest Be Legal?" The article noted that critics of the Supreme Court's Lawrence v. Texas ruling in 2003, which struck down Texas' anti-sodomy law, argued that the ruling would lead to attempts to legalize same-sex "marriage" and polygamy. "It turns out," Time observed, "that the critics were right," adding that plaintiffs were now "using Lawrence to challenge laws against incest."
Why not? If the relationship is adult and consensual, especially if the relationship does not produce children who could have genetic defects, then what's wrong with adult, consensual incest? Love is love!
It's true that most Americans are repulsed by the idea of a mother having an affair with her own son (rightly so), but not that long ago, Americans were repulsed by the idea of two men having a sexual and romantic relationship.
Perhaps these are just deep-seated societal prejudices without rational basis? Perhaps we need to get over our hang-ups, get on with the 21st century, and embrace all, loving, consensual adult relationships? Isn't it time for love to win?
That is surely what the "progressivists" in our midst would argue.
Not surprisingly, in December, 2010, when Columbia University professor David Epstein was arrested for a three-year, consensual affair with his adult daughter, his attorney Matthew Galluzzo remarked, "It's OK for homosexuals to do whatever they want in their own home. How is this so different? We have to figure out why some behavior is tolerated and some is not."
In keeping with the spirit of the age, some Columbia students asked why any sexual acts committed by consenting adults should be considered a crime. After all, love is love, right?
Today, we are faced with this very real headline: "Mother, 36, and son, 19, who fell in love when they met last year after she gave him up for adoption as a baby, say they'll go to JAIL to defend their relationship."
And there's something very intense to the attraction they're experiencing, which is called GSA, Genetic Sexual Attraction and which, we are told, "occurs between two adults who have been separated during the critical years of development and bonding and are reunited years later as adults." When they are finally reunited, "they become captivated with one another, sharing similar physical features, likes and dislikes."
What, then, gives society the right to tell this mother and son that their love is invalid - indeed, that it should be criminalized - and that they don't have the "right" to love whom they please?
Hasn't the Obama administration told us repeatedly that we must not judge someone based on who they love? Why, then, doesn't this apply to this mother and son?
The fact is that the moment you start tampering with the fundamental definition of marriage, you open a Pandora's Box of dangerous possibilities, and the moment you use the "love is love" mantra to justify radical changes in the meaning of marriage, you open the door to gay throuples (why can't three people love each other the way two people do?) as well as incestuous couples.
As for "progressive Christians" who are so eager to remove Leviticus 18 from their Bibles, since Leviticus 18:22 flatly condemns homosexual practice, they need to remember that this chapter primarily forbids incestuous relationships.

Consequently, if you remove it from your Bible, you have no scriptural basis for forbidding incest either (in particular, consensual, adult incest). There are consequences with tampering with Scripture, just as there are consequences with tampering with marriage.
For several years now, I've been documenting the growing acceptance of incest in America, and a couple of years ago, when I engaged in an online debate on the subject (on a now defunct website), I was the only one of 5 participants to say that adult consensual incest should remain illegal.
In support of my position, I quoted the wise words of G. K. Chesterton, "Don't ever take a fence down until you know the reason why it was put up."
The interviewer told me that I was the only one even to raise this issue. No one else had considered the larger, societal consequences and no one else considered what might happen in a non-consensual way within the family once the incest taboo was removed.
For the long term good of our society, then, we need to keep this wall firmly in place while rebuilding the wall against homosexual "marriages." And while we're at it, let's rebuild the wall against no-fault divorce, since a true wedding vow does not say "as long as we both shall love" but "as long as we both shall live."
And so, we say to this mother and son, "You might well be experiencing the most intense feelings you've ever had for another individual, and you might feel that your love is absolutely pure. But your relationship is not what God intended, and as a society, we cannot condone it."
The real question, though, is what will gay activists say? Will they be silent, lest they condemn their own consensual, loving relationships? Or will they take a hypocritical stand and say, "Love is only love when it fits our particular parameters"?
They are damned if they do and damned if they don't. They cannot have it both ways.
Originally published at askdrbrown.org - reposted with permission