Why Are The Pulpits Silent On Bible Prophecy? 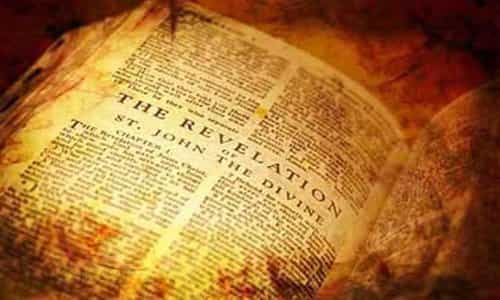 By Jan Markell/olivetreeviews.org August 24, 2016
Share this article:
What incredible times we live in -- like no previous generation. The world is heading pell-mell for a conclusion though nobody knows the timing on this. But we are privileged to look at signs that are like clouds forming on the horizon. In the 1970s there were only a few events that were prophecy-related happening. There were minor shakings but sometimes connecting the dots was even a stretch!
Fast forward to today and there are so many prophecy-related events happening daily and hourly that it presents a major dilemma for those of us watching the signs of the times to know just where to focus. As I post stories daily on my website, I agonize that I must leave off so many as space and time won't allow readers to zero in on all that is happening!
It is a privilege and a challenge to be born for such a time as this. Very little that is predicted to happen in the "last days" is good news and who wants a steady dose of bad? But if one can "look up" one can bear the heartache of looking around as the signs of the times explode on our news outlets.
The Bible asks us to be "watchmen" (Ezekiel 33). We're to be sounding an alarm. Trouble is ahead. Time is short. And I have never felt such a sense of urgency and the realization that time is, indeed, short.
I am watching signs "converge." They are stunning and breathtaking. But most pastors will not talk about them!
LifeWay Research is a Nashville-based, evangelical research firm that specializes in surveys about faith in culture and matters that affect the church. They report that a third of America's Protestant pastors expect Christians to be Raptured -- or taken up in the sky to meet Jesus -- as the last of the last days begin. Over 36% believe in a pre-Tribulation Rapture. In spite of this glorious good news, their pulpits remain silent.
Over 50% of Protestant pastors, according to the survey, believe in a literal Antichrist -- but their pulpits are silent.
Most pastors hold to the basic teachings of Christ's Second Coming -- but their pulpits are silent.
This same survey says almost 50% of Protestant pastors believe in a coming Millennium and hold to premillennialism.  At this time we finally do away with the curse and fallen human nature -- but their pulpits are silent.
Pastor Tom Hughes leads The 412 Church in San Jacinto, California. He has written a thoughtful article titled, "Five Reasons Pastors Don't Teach Bible Prophecy." He writes, "Prophecy fills the Bible. End time prophecy touches every person alive today. Jesus taught on it. So did John, Paul, Peter, James, and Jude. Yet only a small percentage of churches teach this crucial part of God's message to our generation.
"Some pastors don't teach it for theological reasons. They don't believe it, don't think it applies to us, consider it symbolic, or whatever. Others believe we're probably living near the end of the age, but still refuse to touch the topic. They see it as an elective part of God's curriculum. Take it or leave it."
Hughes continues, "That's not how Jesus saw it. He reprimanded the Pharisees and Sadducees for not discerning the times. 'When it is evening you say, it will be fair weather, for the sky is red; and in the morning, it will be foul weather today, for the sky is red and threatening. Hypocrites! You know how to discern the face of the sky, but you cannot discern the signs of the times.' " (Matthew 16:2-3 NKJV)
Hughes concludes, "More than a quarter of the Bible is prophecy -- much of it yet to be fulfilled. How can we give congregations a well-rounded understanding of scripture if we leave out such a vital part of it?"
He then goes on to list these five reasons pastors may not be sharing these issues in the pulpit:
1) They don't understand prophecy.
2) They fear offending members of the church.
3) They sense this will scare people.
4) People might not tithe if they think we're close to the end.
5) There is fear in looking like the "loony-tune fringe. The Harold Campings have done great damage.
The prophecies of the first coming of Christ were fulfilled. They stand as evidence that the Bible can be trusted. Prophecies of His second coming work the same way, except we get to witness these events in our time, often with our own eyes.
The nations of the world seem moved, as though by a hidden hand, into exactly the right positions on a global chess board. What an amazing thing to see it happening before our eyes! It builds faith and draws our attention God-ward. And it is a fantastic evangelism tool.
I think the church is headed into the home stretch of her history! I base that not on emotions or wishful thinking. I base that on what I see happening daily.  Man can live for a week or two without food. We can live only days without water. But our spirits are crushed within hours without hope.
We have the good news of the ultimate hope -- the "blessed hope." (Titus 2:13) His glorious appearing. Pastors, please don't remain silent!  Share the only good news out there.
You are invited to learn more about the importance of Bible Prophecy from some of today's top prophecy experts at the annual Understanding The Times Confrence in Eden Prairie, MN this Fall. Learn more here.