Biochip Technologies: From Fringe To Mainstream 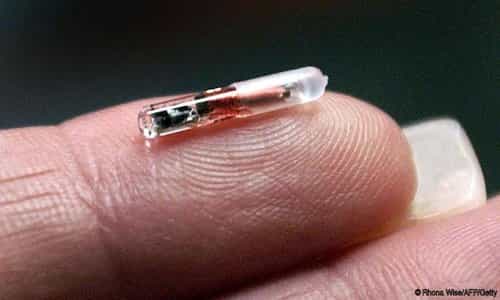 By PNW Staff September 29, 2016
Share this article:
Biochip technology is becoming big business, but not everyone is embracing the changes. There are concerns about the potential dangers these technologies can offer.
Right now, implants are already being designed that will provide your medical information, act as a key to your home, and store business card information.
These are not wearable devices that you can put on and take off, but actual implantable devices that are placed under the skin. The implants work through RFID technology, which can be read by smartphones and readers that allow people access to buildings through ID cards or badges.

Current estimates indicate that some 50,000 people around the world may already have these implants and be using them for access to their homes and businesses, contact details, and more.
While it is becoming a popular trend in some circles, there are real worries about where the use of these kinds of devices may take society.
The tags only work when the scanner activates them, so there is no worry about dead batteries, and they take only seconds to implant under the skin. That makes it sound almost too easy to get and start using these implants for all sorts of daily things.
Will This Become Mandatory?
One concern for many people is that the "chipping" of human beings may eventually become mandatory. Similar to how pet owners in some areas have seen the optional chipping of pets now become mandatory.  In that case, these chips would be needed as identity markers, much the same way people now carry a driver's license or ID card.
The implants could also be used to open doors, pay for things, and store medical and other types of data. But the argument against this is strong, coming from both religious individuals who feel the implants are similar to the "mark of the beast" that is mentioned in the Bible, and scientific individuals who worry about the long-term health effects of the chips on the human body.
Will New Advancements Mean Additional Implants?
As technology moves forward, more options will be available to be implanted in human beings. These implants are the size of a grain of rice, but how many of them is too many, and how much data can they hold? Will they ever fail and need to be removed or replaced?
With so many questions still circulating when it comes to how these implants will be handled, it is entirely possible that advancements in technology will mean that new and better implants will come along.
Since there are a number of good choices for placement of these implants, people could theoretically have an increasingly large number of them for different information and functions.
But What About Informed Consent?
Among the biggest hurdles to the use of these tags is consent. While a healthy, competent adult could certainly choose to have a tag implanted, there may be others who would not be able to say yes or no to the procedure.
That can include very young children, and the elderly who may have Alzheimer's disease or other types of dementia.

Additionally, those who have mental impairment or mental illness may struggle with understanding what the tag is for, and may not be able to consent to its usefulness and implantation.
Viruses and Hacking of People Instead of Machines
Computers and RFID scanners can get hacked. So can humans, if they have these implants. While storing data on a chip located inside the body may seem like the ultimate way of being safe when it comes to protecting information, that information can still be stolen under the right conditions.
In theory, medical data, access to a home or a secure facility, and anything else that was stored on the implant could be the target of a hacker and could be something that a person would not want accessed by others.
Controlling this kind of attack is very difficult, and data breaches happen every day in the technology sphere. Avoiding that with humans when it's so common with machines may not be realistic now, and may never be realistic, putting many people's data at near-constant risk.
One can only imagine what would happen to a society that relies on such chip implants to function if it were struck with a widescale virus.  In 2010, Dr. Mark Gasson from the University of Reading had a chip inserted in his hand which was then infected with a virus.
In trials, Dr Gasson showed that the chip was able to pass on the computer virus to external control systems and if other implanted chips had then connected to the system they too would have been corrupted, he said.
"With the benefits of this type of technology come risks. We may improve ourselves in some way but much like the improvements with other technologies, mobile phones for example, they become vulnerable to risks, such as security problems and computer viruses."