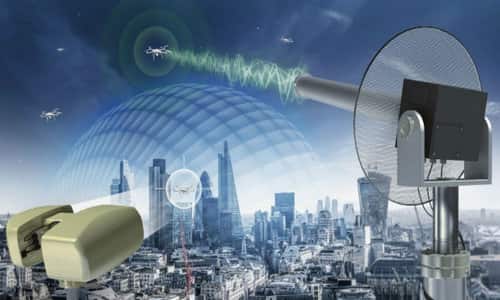 By Mac Slavo/Activist Post November 30, 2016
Share this article:
It may sound like the kind of science fiction contraptions that would show up in a James Bond film or some other futuristic Hollywood spectacle ... but these weapons are now making their way to the battlefield.
The technology that is understood by the general public is seriously outdated. There has been a revolution of new advances in technology, and much of it draws heavily from the use of electromagnetic energy, lasers and A.I. robots.
The future is downright deadly - that is, if you wind up in the crosshairs.

Though many of these devices may seem outlandish, they are, in fact, ready to make the difference in the conflicts of the rest of the 21st Century.
As this video points out, these science fiction-esque weapons "actually exist."
These technologies (and more) are changing the world that we live in, and tilting the tables in favor of whoever can maintain dominance over the spectrum and the arena in which the battle is to take place:
Swarm bots: Using the collective power of slavish, hive insect behavior - in the air, underwater and on land. Healthcare, disaster rescue, mining operations, military operations and more. Could play a central role in many military strategies and scenarios, using command and communication without the need for human operators.
Plasma force fields: Currently developed, soon deployed ... protect vehicles from shock waves, explosive blasts, etc. It is a defensive projection device that can be created on-demand in response to an oncoming projectile, etc. The plasma field can deflect or significantly slow down the impact of any threat with which it is equipped to handle.
Advanced-precision, kill weapon system: It attaches active, laser guidance to missiles or other weapon systems, and can even be adapted via USB to any non-guided (i.e. non-smart) weapon system, transforming it into a precision-killing device. This is already in use on the battlefield.
Directed Energy Weapon: Rumored to exist long before the Pentagon admitted that it did, this weapon focuses a high-energy laser that can destroy practically anything in its path. A 10kw laser can take out incoming threats, enemy planes, satellites and more.
Modular Advanced Armed Robotic System (MAARS): This pretty much makes deadly, killer drones out of any robot of just about any kind. Already they have been armed with automatic machine guns and grenade launchers.
Precision-guided firearms: This smart, long-range, superior tracking system won't fire the bullet until the gun is on target. Now, being a highly deadly sniper doesn't require rare skill and natural talent, but simply the ability to operate this smart gun.
Rail Guns: The major benefit is that they don't need gun powder or explosives. Instead, it is fired via electromagnetic forces - which can be extremely potent. Projectiles can be fired at speeds up to 4500 mph, or more than 1 mile per second. Though this requires tremendous amounts of electricity, they may replace missile defense systems as a cheap and cleaner weapons grid.

The Active Denial System: A leading example of non-lethal weapons, this one has already been in use on the battlefield in Iraq, and at home at protests both in the U.S. and other nations. Microwave beams can heat the skin and force a targeted population to leave the area immediately in order to avoid the skin-searing sensation - literally no one can stand to remain within an active denial perimeter ... to do so would be sheer torture. Nevertheless, it is considered ideal for crowd control and perimeter security.
Laser-weapon system: There are many variations of this, but the most utilized is becoming the laser shot system deployed by the military on boats and other craft with the intention of shooting down UAVs and other drone craft. It is precise and very low cost, and certainly something likely to be part of the future of warfare.
What else is coming down the pipeline from DARPA that we don't yet know about?
The answer is plenty, and there's much more in development. Technology is advancing more rapidly than ever before.
Originally published at Activist Post - reposted with permission.