Fall of Aleppo Could Be Bad News for Israel 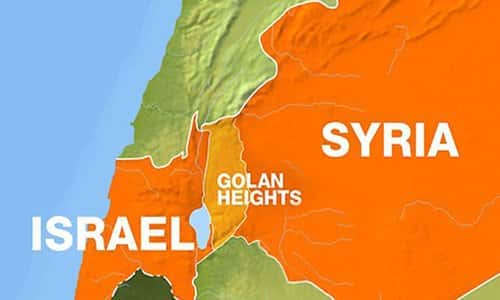 By Ruthie Blum/Algemeiner.com December 15, 2016
Share this article:
Israel should be extremely concerned over the fall of Aleppo, as it means that Iran and its proxy Hezbollah have achieved free rein in Syria to try to establish a foothold along the Golan Heights, a Mideast expert wrote on Wednesday.
In an analysis for Israel's Channel 2 News, Ehud Ya'ari said that, aside from the "heart-wrenching carnage and destruction" the world is witnessing in Syria, "it is now clear that President Bashar Assad will remain ensconced in his palace...as long as US President-elect Donald Trump does not offer Russian President Vladimir Putin the right price for abandoning him."
Alluding to Israeli Prime Minister Benjamin Netanyahu's reported coordination with Putin -- regarding IDF operations aimed at preventing the transfer of weapons to Hezbollah and Russian air strikes too near to Israel's northern border -- Ya'ari said that if the Russian president decided to ignore the unwritten contract, he could simply order his air force to crush rebels in southern Syria.

Fortunately, however, Ya'ari continued, "This scenario is not materializing in the meantime, because Putin has his own priorities: seeking understandings with Trump over Europe and the Mideast, and -- if that doesn't bear fruit -- trampling the rebels in the province of Idlib, the last important Syrian area under their control."
Still, Ya'ari asserted, "It is important to remember that Trump and his team have no great interest in removing Assad. If anything, they want to keep Tehran at bay and make a deal with Russia, which does not want to see Iran become hegemonic in the Fertile Crescent."
The bottom line, whichever way one looks at it, Ya'ari said, is that "there is no longer any real threat to the regime that has become a protégé of Tehran in every respect."
This is all bad news for Israel, he noted, which "has been left without the ability to influence events beyond the strip of villages along the Golan Heights" -- a situation that might have been avoided, he said, if Israel had assisted the rebels in posing a threat to Assad. "But since Israel was hesitant to do this, and US President Barack Obama withdrew his hand from Syria, the Russians entered," he wrote.

As a result, Ya'ari argued, rather than losing Syria and putting a dent in its other expansionist regional aims, Iran now has a "diving board" from which to catapult itself. "In another decade, when Iran finishes upgrading its outdated army, all of this will be greatly significant," he pointed out.
In an interview with The Algemeiner last Thursday -- following a week in which Israel was reported by Arab media outlets to have struck Hezbollah convoys in Syria -- a former IDF military intelligence analyst said that the possibility of the Lebanon-based Shiite terrorist organization being equipped by the Syrian regime or Iran with chemical and biological weapons could not be ruled out.
Originally published at Algemeiner - reposted with permission.