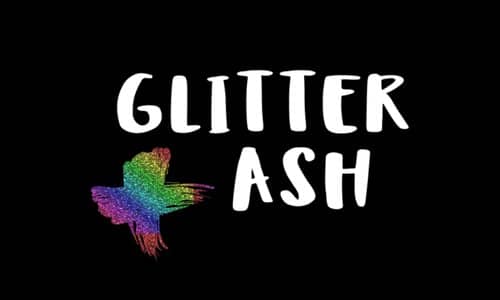 By PNW Staff March 01, 2017
Share this article:
Last month it was the Anglicans who chose to "queer the liturgy" of evening prayer in honor LGTB history month by renaming the Holy Spirit "The Fantabulosa Fairy" and God the Father became "the Dutchess".
Not to be outdone, Catholic LGTB supporters and numerous left leaning protestant churches throughout the United States and Canada intend to show their support by wearing "glitter ash" on their foreheads to mark Ash Wednesday.
Ash Wednesday is the first day of Lent, a period that extends until Easter Sunday where Catholics and some Protestants ceremoniously place plain gray ashes on their foreheads, often in the formation of a cross, to spread a message of repentance and change which often involve fasting, moderation and self-denial.

A New York-based advocacy group called Parity however, is asking Christians who favor LGBT equality -- "queer positive Christians," as they call them -- to show support by wearing "glitter ash" on their foreheads.
The Parity website promotes the glitter with the following:
"Ashes are an in-your-face statement that death and suffering are real.
The glitter will be a sign of our hope, which does not despair.
The glitter will signal our promise to repent, to show up, to witness, to work.
Glitter never gives up -- and neither do we."
The sad irony here is that those promoting the glitter ash have no intention of repenting of a lifestyle found to contradict scripture, instead they plan to celebrate their sexual identity with pride and want others to join them in solidarity.
They also pledge never to give up. Glitter is a symbol of pride, of self acceptance, of self love. It is an in your face declaration of the self as primary over all things.
The whole point of the ash is that you have given up. You can't do anything but die so that Christ can rule in your life.

Those who traditionally celebrate Ash Wednesday see it as a day to remember human mortality, our separation from God due to sin, and the hope offered by the sacrifice of Jesus. The use of ashes is symbolic of grief and humility.
While the Bible does not mention Ash Wednesday, it does record accounts of people in the Old Testament using dust and ashes as symbols of repentance and/or mourning (2 Samuel 13:19; Esther 4:1; Job 2:8; Daniel 9:3).
Should a Christian observe Ash Wednesday? Since the Bible nowhere explicitly commands or condemns such a practice, Christians are at liberty to prayerfully decide whether or not to observe Ash Wednesday.
Those who do believe it is an opportunity to show an outward sign of our internal shame of sin. It is not an opportunity to flaunt personal opinions or points of view.
Imagine if ashes mixed with red coloring were used to promote the "Make America Great Again" slogan in support of President Trump.  Or pink crosses for breast cancer awareness? Or blue crosses to support local law enforcement?  On and on it goes.
While people may feel strongly about certain causes, personal convictions, or worthy statements, they have no place infringing on the religious, sacred tradition that marks the beginning of Lent.
A day with such holy meaning should not be trivialized or hijacked by a cultural or political agenda that seeks to take attention away from God and worship -- and direct it toward a tiny segment of the population for that group's own purposes.