The Significance Of Biblical Numbers & 2017 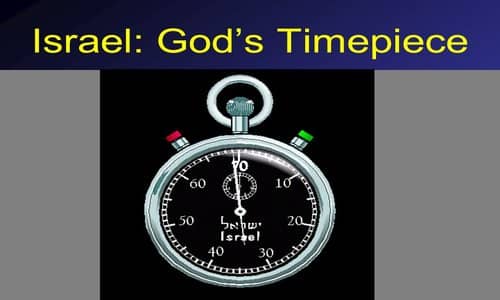 Then, six days later, Jesus took Peter (the same Peter that said one day is with the Lord as a thousand years) plus James, and John up on the Mount of Transfiguration and revealed His Second Coming to them (Matt. 17:1-9).
The question is "Why did Jesus wait six days instead of three or five or ten days or whatever?" Why six days?
I recently heard Dan Goodwin say those six days represent 6,000 years. I knew that six days of God's time are like 6,000 years of Man's time, but I don't think I have ever heard that one day of man's time ((Peter, James and John's time) can be like 1,000 years to God. It just didn't seem right to me.
Then, I read what Moses said, "A thousand years in thy sight are but as yesterday" (Psalm 90:4). To God, 1,000 years seems like yesterday or one day.
I went back to II Pet. 3:8: "But, beloved, don't be ignorant of this one thing, that one day is with the Lord as a thousand years, and a thousand years as one day."
I went to my King James Bible Commentary and read that "God does not count time in the same way that we do. To Him a thousand years may count as one day" (II Pet. 3:8).
This is the point: God is an eternal being. Time does not exist for Him. There is no difference between 1,000 years and one day to God and no difference between one day and 1,000 years to God.
So, each person should decide for his or her own self if Jesus waiting six days to reveal His Second Coming to Peter, James and John means His Second Coming will be after 6,000 years of human history.
In summary, I don't know what to think of some of this, but in light of the talk of moving the U.S. embassy to Jerusalem, the talk of a peace treaty this 2017, it being 50 years since 1967, it being 70 years since 1947, the upcoming total eclipse of the sun, the Revelation 12 sign on Rosh Hashanah, etc. These amazing numbers are getting my attention.
Learn more about these convergence of Prophetic events with our new DVD "The Coming Convergence".
Originally published by Prophecy Plus Ministries - Reposted with permission.