Is Israel Warming To Jesus? 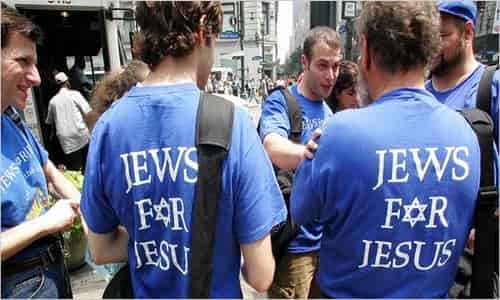 By Enoch Lavender February 18, 2016
Share this article:
Just a few days before His death on the cross, Jesus made it very clear that He would not return until the Jews of Jerusalem welcome Him back with the Messianic phrase "Baruch Haba B'Shem Adonai"  Blessed is He who comes in the Name of the Lord (Mt. 23:37-39).

Today, thanks to the double miracle of the regathering of the Jewish people to their ancient homeland and the restoration of the Hebrew language, this phrase itself is again in common use throughout the land of Israel. On any given day hearty cries of 'Baruch Haba' or 'welcome' can be heard echoing among the golden-hued buildings of Jerusalem's prophetic streets.
But is Israel today ready to say Baruch Haba to Jesus? Are the Jewish people getting closer to reversing the historic rejection of Jesus and welcoming him back as the Jewish Messiah? The past year has seen significant stumbling blocks being removed, and I believe we are getting closer to that glorious day.
Orthodox Rabbis 'Welcome Jesus for Christmas'
Although Jesus was popular among the people of His day, He was widely rejected by His contemporary religious leaders. Today, in marked contrast, we can see a growing movement among Orthodox Jewish leaders which is breaking down barriers towards Christianity and the person of Jesus.
On Dec. 3, 2015 a group of 25 prominent Orthodox Jewish Rabbis and leaders from Israel and around the world called for a renewed and more positive look at Jesus. Despite the obvious differences between Judaism and Christianity, they expressed their view of Christianity as being "neither an accident nor an error, but the willed divine outcome and gift to the nations". By February 2016, the number of Rabbis co-signing this document has grown to over 50.
Apart from acknowledging Christianity as being from God, the statement also goes on to look at the question of Jesus and the Torah (or the Law). One of the chief charges of the Rabbis in Jesus' time was that He was undermining the Torah. From their perspective it was obvious that He was not the Messiah, for how could the Messiah contradict Gods own commandments through Moses?
Taking a fresh look at this issue, this group of Rabbis state that Jesus "strengthened the Torah of Moses majestically...  and not one of our Sages spoke out more emphatically concerning the immutability of the Torah." They go on to describe how He removed "idols from the nations."
If Jesus is no longer seen as contradicting Torah, then it paves the way for Him to at least be considered a possible Messiah and for His message to be re-examined by the Jewish people. David Lazarus of the Messianic Magazine 'Israel Today' describes this as "the undoing of 2,000 years of Jewish rejection and animosity towards Jesus, a miracle by any estimation."
How did this statement come about?
In their statement, the Rabbis explain that it is in response to the removal of another stumbling block  Christian anti-Semitism. It is a sad fact of history that Jews have generally fared better in Islamic countries than in 'Christian' Europe with its pogroms, crusades, the Inquisition and ultimately the Holocaust. While many Christians are only vaguely familiar with this dark chapter of Church history, the memory remains seared into the consciousness of many Jewish people.
These dark memories present an instant challenge to building relationships with Christians  let alone considering Jesus to be the Messiah. As the Jewish former Prime Minister of Britain Benjamin Disraeli once explained: "The Jews are a nervous people. Nineteen centuries of Christian love have taken a toll."
The Rabbis note in their statement that a number of Christian leaders have been seeking to confront and correct historic anti-Semitic teachings in the Church. They are therefore simply responding to the gesture of Christian friendship.
One cant help but think that the prominent Evangelical support for Israel since her re-birth in 1948 has also been a contributing factor. These Rabbis, like many Israelis in general, realise that they have very few friends in the world apart from the Evangelical Christian community.
The history of Christian anti-Semitism is a dark, long and depressing topic to study  and one can feel stuck in the enormity of the burden of guilt due to the Church. Thankfully these Jewish leaders are accepting and receiving the Christian expressions of repentance and desire for renewed friendship allowing us to move forward.

This process of forgiveness and reconciliation is therefore removing historical objections to Christianity and is helping pave the way for the time when the Jewish people will say Baruch Haba to Jesus as the promised Messiah.
While these developments are taking place, significant advances are being made among Israel's Messianic community.
The Growing Messianic Movement
In 1948 there were only 12 known Messianic believers in Israel. They were viewed with suspicion by the wider Israeli community, they experienced much hardship and ostracism, and they were not allowed to fight with their fellow Jews in Israels armed forces in 1948. Although many Messianic's still face significant opposition  especially from some Orthodox quarters  their level of acceptance in society has been growing.
Numerically, the Messianic movement has experienced steady growth, with the re-unification of Jerusalem in 1967 being a watershed moment. In 1997 there were about 5000 Messianic's in Israel, and today the number has mushroomed to around 20,000 believers in about 150 Messianic congregations.
2015 may well be regarded as a breakthrough year in the growth of the Messianic movement in Israel. Veteran Jewish evangelist Sid Roth has had several very successful outreach events in Israel in recent years. In December, 1000 unsaved Jews were in attendance at a meeting in Tel Aviv, with many responding to the altar call with tears in their eyes. According to Charisma News this could be the first time Israel has seen anything like it on this scale since the days of the Early Church.
Another significant development was the production of sleek online testimony videos by the One For Israel ministry. Their simple format videos featuring Messianic Jews telling their stories in short 5 minute sessions have become an internet sensation.
In 2015 alone, their English-language videos where watched a whopping 10.4 million times. Even more remarkable is the fact that their Hebrew language videos have been watched 1.6 million times in 2015  an amazing feat considering that there are only around 9 million Hebrew speakers globally. Furthermore, One For Israel were interviewed and featured prominently on Israels 2nd largest internet portal at the end of 2015.
This gave them the opportunity to freely answer tricky questions about Messianic beliefs while generating much interest in the topic of Jews believing in Jesus. Sadly, angry threats of a boycott resulted in the videos being removed pre-maturely from this portal, however it still represents a significant step forward. The One For Israel ministry reports that they have had a real breakthrough year and have seen more enquiries and salvations in 2015 than in all previous years of their ministry combined!
Jews for Jesus is another ministry reporting significant breakthroughs in Israel. They comment that they are facing significantly reduced opposition compared to what they first experienced when they began reaching out in Israel in the year 2000. Tuvya Zaretsky, who serves on the board in Israel, describes how the 1970s saw a wave of American Jews coming to faith. The 1990s saw a second wave of Russian Jews coming to faith, and she believes that 2015 marks the beginning of a third wave.
While 2015 may be remembered as a time of terrorism and increasing global instability, maybe it will also be remembered as the beginning of a third great wave of revival among the Jewish people. If the revival continues to grow and spread, then this too is a sure sign that we are getting closer to the close of the age.
With the stumbling blocks being removed one way or another, and the veil being taken away from their eyes; we look forward with anticipation to the day when the Jewish people will cry out in unison 'Baruch Haba B'Shem Adonai' as the Messiah comes back to His people.