Why Are So Many Christians Biblically Illiterate? 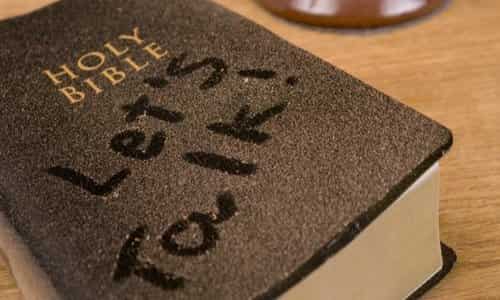 By Jeremiah Johnston/Christianthinkers.com February 18, 2016
Share this article:
Emblematic of the Bibles declining influence is what Harper Lee penned in her 1960 novel "To Kill a Mockingbird," in which the character Miss Maudie says, Sometimes the Bible in the hand of one man is worse than a whiskey bottle in the hand of [another].

Most Christians know enough about the Bible to be dangerous.
The Bible in America is a massive industry ($2.5 billion) yet it is the best seller few read and fewer understand.
The Bible has become a moving target. One can strip it down, twist it, misread it, add to it, supplement it, and even overrule it, and, unfortunately, 95 percent of the congregation will not realize it.
Why? Because Americans no longer know the Bible. The evidence is overpowering that contemporary Christianity is Bible-ish, at best, and at worst, in some cases, Bible-less.
The American Bible Society releases an annual State of the Bible report and their research is persuasive in understanding the declining influence of the Bible in America.
Everyone has an opinion about the Bible. Politicians attempt to use the Bible, Grammy-award winners quote it and Hollywood has portrayed it on the big screen.
Yet one problem remains: most are oblivious to the Bibles basic content, meaning, and message.
Across the pond, the results are even more dramatic: one-third of British parents thought Harry Potter was a thematic plotline derived from the Bible.
The Bible is not held in the esteem it once was. Over the last 150 years, America has drifted from its Biblical focus. In an election season, it is remarkable to recall that, though he was not a member of any church, the Bible was valued as an authority in America so much so that Abraham Lincoln quoted from it four strategic times in his second inaugural address on March 4, 1865. President Lincoln used words ascribed to Jesus in Matthew 18:7 and  using the Bible --- pronounced Gods judgment on our nation for her moral bankruptcy of slavery.
The unwillingness of many Americans to dig deeper into the Scriptures is not related to a lack of options. The Gideons give away a Bible every second. One publisher sells more than sixty different editions of the Bible.

Clearly, the challenge of biblical illiteracy in America is not because of a shortage of Bibles, but rather knowledge and appreciation of the Bibles message.
The Bible is a diverse love story. Actually, it is the greatest break-up-and-get-back together story the world has ever known.
The message of the Bible is that even though we are not what we should be, God loves us, redeems us, and has a purpose for our lives.
A tremendously exciting new initiative is underway to re-introduce the world to the Bible.
In 2017 the six-floor 430,000-square-foot Museum of the Bible will open only two blocks from the National Mall in Washington D.C. The Museum of the Bible invites all people  those with faith and those without  to engage with the Bible in an immersive experience with its unique history, narrative and influence.
Once one encounters the story of the Bibles history and preservation, the cost that was involved  and it was a terrible cost  one can never again open the Scriptures with the same detached, careless attitude.
The story of how the Bible has come to us is a tale of heroism, courage, persecution, betrayal and towering faith in a God who raises the dead, mixed through the centuries with the blood of martyrs. If 80 percent of Americans believe the Bible is "God's word," shouldn't we show the Bible some respect by knowing more about it?
Originally published at Fox News.  Reposted with Permission