Top 5 Insights From US War On Terror 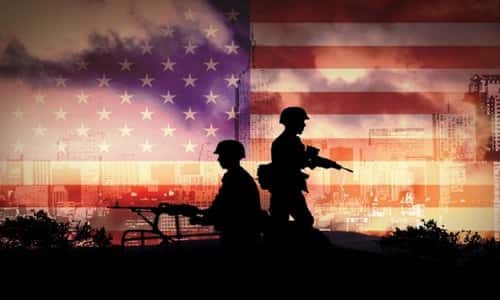 By Clarion Project September 20, 2017
Share this article:
The Bipartisan Policy Research Center has just released a new report assessing the impact of the war on terror. Entitled Defeating Terrorists, Not Terrorism: An Assessment of U.S. Counterterrorism Policy From 9/11 to ISIS, it looks at successes, failures and what we've learned in the 16 years since 9/11.
Authored by a group of high-level policymakers from across the political spectrum, it outlines how a military solution is not enough and an ideological component is necessary for victory.
It was put together by their task force on terrorism and ideology and chaired by Governor Thomas H. Keane, former chair of the 9/11 Commission, and Representative Lee Hamilton, former vice chair of the 9/11 Commission.
Here are the top five takeaways:
1.Jihadis are recruiting as fast as the U.S. military can kill them. The report says "despite estimates that U.S. forces have killed at least 60,000 ISIS fighters, the U.S. government believes the group has as almost as many members now (15,000, according to the State Department) as it did in 2014 (20,000, according to the CIA)."
It's not just ISIS either, al-Qaeda and other jihadist groups have been heavily recruiting despite counter-terror successes.
2. The U.S. has done serious damage to international terror networks. "Prodigious efforts by intelligence agencies, law enforcement, and the military have prevented another mass-casualty attack on U.S. soil," the report notes.

"American forces have found and killed tens of thousands of terrorists abroad. The combined efforts of the U.S. government have degraded terrorist leadership, disrupted terrorist financing, and thwarted hundreds of terrorist plots."
3.Terror attacks are still increasing. "It is impossible to conclude that the enemy has been defeated. Rather, the threat of terrorism has metastasized," the report says. "Last year, some 25,000 people died in roughly 11,000 terrorist attacks in 104 countries.
That is over three times as many deaths and five times as many attacks (7,000 and 2,000, respectively) as were recorded in 2001."
4.The Enemy Will Continue to Evolve. "Five years from now, new terrorist organizations will emerge, remnants of the earlier jihadi organizations will linger, and the extremists will adapt. Indeed, jihadist thinking has never been static," the report states.
"Groups like al Qaeda and the Islamic State are fanatically committed to their worldview, but they have shown a remarkable ability to adapt their tactics to the circumstances in which they find themselves. As ISIS's terrestrial caliphate collapses, jihadist thinking will likely evolve in response."
5.To defeat terror the U.S. needs a holistic approach that strikes at the root of extremism. "Islamism's belief in the need for a revolutionary transformation of the modern political world, from an order based on individual liberty and composed of nation states to a totalitarian and transnational autocracy, is the fundamental challenge posed by terrorism," the report says. "The United States must confront this ideology in all its forms."
Victory, the authors state, is contingent on eradicating the ideology. "The generational struggle against Islamist terrorism will come to an end only when the ambitions that motivate groups such as al Qaeda and the Islamic State return to the obscurity they richly deserve.
To speed that process, the United States will have to support the conditions and values that counteract and undermine Islamism's appeal: governance, institutions, civil society, citizenship, pluralism, tolerance, and a strong separation between public and private spheres."
Originally published at Clarion Project - reposted with permission.