Syrian Ceasefire Could Set The Stage For Much Bigger Conflict 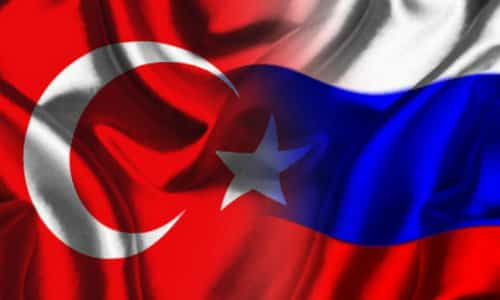 By Michael Snyder - The Economic Collapse Blog March 01, 2016
Share this article:
The ceasefire in Syria is a joke.  Turkish military units continue to mass along the border, and militants are pouring across the border to attack targets in northern Syria.

The Prime Minister of Turkey is now openly admitting that his government is supporting the militants that are trying to overthrow the Syrian government, and the Turkish government has also made it abundantly clear that they have no plans to stop shelling the Kurds on the other side of the border.
So despite the "ceasefire", the truth is that the threat of World War 3 breaking out in the Middle East is greater than ever.
At times it is difficult to see the dividing line between the Turkish military and the radical jihadists that are hopping back and forth across the border with the full support of the Turkish government.  Over the weekend, militants from Turkey that crossed over into northern Syria were supported by artillery fire from the Turkish military as they attacked a key Kurdish town...
In the Raqqa province, a group of some 100 fighters crossed into Syria from Turkey. The group later joined forces with other militants and attacked the Kurdish town of Tell Abyad.
The 250-strong group was supported by artillery fire from the Turkish territory, a fact that Russia said the US should explain. The Kurdish YPG militia fended off the attack, the report said.
This is an act of war, and yet the Obama administration does not seem to mind.
If Turkey will not even honor the ceasefire, what hope is there that anything will be able to stop them from acting so aggressively?
At this point, the Turks are not even pretending anymore.  Just the other day, Turkeys Prime Minister Ahmet Davutoglu openly admitted that his nation is backing the militants that are trying to overthrow the Assad regime...
"How would they be able to defend themselves if there was no Turkish support of the Syrian people? & If theres today a real moderate Syrian opposition, its because of the Turkish support. If today the [Assad] regime isnt able to control all the territories [it's] because of Turkish and some other countries support," he told Al-Jazeera earlier this week.
Obviously this ceasefire is not going to work.  Turkey has not even pressed pause in their relentless campaign against the Assad regime and the Kurds.
The Turkish government has become absolutely obsessed with their neighbor to the south, and that is a very dangerous thing for the rest of the planet.  The only way that Turkey, Saudi Arabia and their allies are going to be able to win the war now is to conduct a massive ground invasion of Syria.
Such a move would lead to direct conflict with Iran, Hezbollah and the Russians, and since Turkey is a member of the NATO alliance, that could threaten to drag the U.S. and western Europe into the war as well. The following comes from the International Business Times...
The wider consequences of any disagreement between Ankara and Moscow could lead to a standoff between Russia and NATO. Jen Stoltenberg, secretary general of the Brussels-based organization, said in late 2015 that it would be prepared to defend the member state of Turkey if it were attacked by Russia.
"NATO will defend you, NATO is on the ground, NATO is ready," Stoltenberg said in the aftermath of repeated breaches of Turkish airspace by Russian jets and just one month before Ankara shot down a Russian jet in November.
The 28-country alliance is bound by Article 5 of its treaty to collectively defend its members. "Collective defense means that an attack against one ally is considered as an attack against all allies," the article states.

Saudi Arabia does not appear ready to back down either.
The Saudis continue to reiterate their position that either Assad must go peacefully or he will be removed by force&
Saudi Arabia is prepared to send troops to Syria if President Bashar Assad doesn't resign and leave his war-torn nation peacefully. Saudi Foreign Minister Adel Al-Jubeir warned Sunday that his country will take military action if Syria violates the terms of a ceasefire agreement.
"I believe that abiding by the truce would be an important indicator of the seriousness to reach a peaceful solution to the Syrian crisis that would include setting up a transitional council and the transfer of power from Bashar to this council," he said during a joint press conference with his Danish counterpart Kristian Jensen in the Saudi capital of Riyadh.
Al-Jubeir warned that Saudi Arabia has prepared a "Plan B." If "the coalition decided to send ground troops into Syria, Saudi Arabia is ready to contribute," he said.
The goal since 2011 has been to get rid of Assad so that Syria could become a full-fledged Sunni nation with a Sunni government.
Saudi Arabia, Turkey and their allies have poured enormous amounts of money and resources into this conflict, and they don't appear to be willing to walk away now that the tide of the war has turned.  In fact, how the Saudis have been behaving lately has been causing a tremendous amount of anxiety in the Middle East...
Saudi Arabias recent actions have caused a great deal of anxiety within its region. On February 4, a military spokesman suggested that Saudi Arabia was ready to send troops ground troops to fight ISIS in Syria. A week later Saudi Arabia announced that it will send combat aircraft and soldiers to Turkey to participate in the U.S. led coalition against ISIS.
Three days later the Saudis launched "Northern Thunder," described as the "largest military exercise in the history of the Middle East." Participants from 20 countries sent troops to the maneuvers run over three weeks in Hafar al Batin in northern Saudi Arabia, not far from the Iraqi and Kuwaiti border. According to a Saudi media outlet, some 350,000 troops were expected to participate in the maneuvers.
So if Saudi Arabia, Turkey and their allies are preparing for war, then what is the purpose of the ceasefire?
Well, first of all the goal was to stop the bleeding.  The Sunni militants were losing ground steadily, and this pause will enable them to regroup and get resupplied.
Secondly, this pause in the action gives "the coalition" time to move forces into position for a potential ground invasion of Syria.
But more than anything else, this ceasefire seems to be a trap.  It appears to be inevitable that the U.S. and other western powers will accuse Russia, Iran, Hezbollah and the Syrian government of breaking the ceasefire, thus providing "legal justification" for the coalition to militarily intervene.
Watch developments in Syria very closely.  Many had hoped that this ceasefire would bring the five year civil war to an end, but the truth is that it could just be setting the stage for something far, far bigger.