Facebook Recognition A.I. Will Use Your Own Biometrics Against You 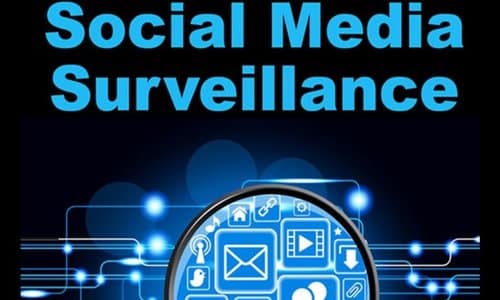 By Mac Slavo/SHTFplan.com January 09, 2018
Share this article:
Sometime this year, Facebook plans to unveil a new facial recognition technology across the site which uses artificial intelligence to scan uploaded photos to analyze and recognize faces based on images previously uploaded to the site. But this is nothing more than a surveillance technique.
According to Natural News, this sneaky surveillance technique will link users to the people they meet in real life all while tracking their whereabouts and social circle even further. And the real kicker? Facebook will roll out this AI deep state mass surveillance under the guise of "protecting your privacy."
Facebook will roll the controversial plan out all in the name of "protecting your privacy." Facebook promises to alert users when someone uploads a photo of them to Facebook. This feature supposedly helps users "detect when others might be attempting to use your image as their profile picture."
This feature is just a façade to invade user privacy, as Facebook gets permission to analyze your photos and track your connections and whereabouts. - Natural News
But there is a way to mostly opt out.  By default, users will already be giving Facebook permission to use the facial recognition AI if their tag suggestions setting is currently "on." In order to opt out, the user must switch the tag suggestions setting to "none."
But even more troubling, is the fact that we should have known that this was coming. Two and a half years ago, ARS Technica said that Facebook will eventually be able to recognize you - even when you are facing away.
Facebook researchers have unveiled new research that allows for faces to be more easily recognized based on other contextual information, such as hair style, clothing, and body shape.
The research, which was published on arXiv.org in January 2015, was presented at a conference in Boston earlier this month and first reported by New Scientist on Monday.
According to the researchers, the system, dubbed Pose Invariant PErson Recognition (PIPER), is accurate 83 percent of the time--far higher than the current state-of-the-art, which primarily requires clear, full frontal photos to work well. - ARS Technica
But even though a user didn't give permission to have their face analyzed, the picture could theoretically be analyzed anyway because it contains the face of someone who had given Facebook permission to analyze their pixels.
There's no way Facebook can ensure users that their photos won't be analyzed. In the end, there really will be no consent or privacy with this AI facial recognition rollout.
There is no such thing as privacy when using Facebook; or any social media or chat app.  All the data that's shared openly by Facebook users (including pictures, connections, interests, comments, likes, and personal information) is readily compiled and analyzed by algorithms to map out and predict who you are, where you go, what you'll buy, and much more.
Most Facebook users naively share information rather liberally, only to have their life turned over to surveillance systems, marketing algorithms, and artificial intelligence which is capable of analyzing the pixels in your photos, micromanaging your life interests and dislikes, and tracking your every move.
Originally published by Activist Post - reposted with permission.