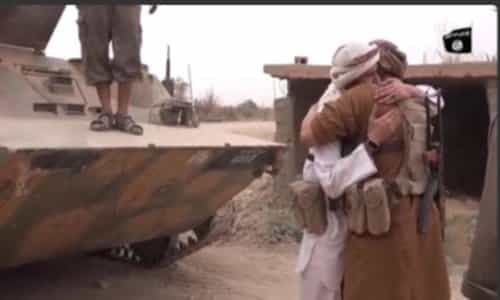 By Raheel Raza/Gatestone Institute March 24, 2016
Share this article:
The terrorist attacks at an airport and Metro station in Brussels has by now claimed at least 34 dead and 250 injured.
Shocking, sickening and appalling -- but surprising? No.

How hard is it to understand that radical Islamist jihadis have declared war on the West? In simple English this means: they will find you and kill you wherever and whenever they can.
Why? Because the Islamists have pinpointed the West to be "Dar al Harb" (land of war), a concept that allows them to justify killing anyone on this land. You, me and everyone in between -- from the USA across to Canada, the UK and Europe.
Just this year, there have been terrorist attacks all over the globe, including Paris, Turkey, San Bernardino, Israel, Toronto, Ivory Coast and yesterday in Belgium. Whether carried out by groups or so called "lone wolves," these attacks are not isolated and have one thing in common.
They are all the result of a dangerous, violent and sick ideology. Time and again, many of us concerned Muslims have highlighted the dangers of political Islam/Islamism which stems from one of three sources: the Muslim Brotherhood, Wahhabi/Salafism or Khomeinism. This ideology has been on the rise for 35 years while the West has been asleep at the wheel, waffling about how to address the issue with "sensitivity." Calling out the truth should never be subject to political correctness.
How are we Muslims dealing with this ongoing terror in the name of our faith? Social media tells us a lot. There are the usual deniers and apologists; there is a comparison that "while we show solidarity for Brussels, we must simultaneously remember every other country of the world," hence watering down the impact of the horror and carnage that has just taken place in Belgium and showing a rancid face of inhumanity and deflection from the real issue.
Then the victim ideology kicks in and it's all about the fear of a backlash. I say let's speak out, take responsibility and deal with the backlash -- it will be worse if we remain silent.
Added to this are people like the repulsive British politician, George Galloway, who says Europe is to blame for what has happened. No one wants to touch the real issue.
The real issue is that this violence will continue and get much worse unless all of us stand up and acknowledge the ugly virus within us and say no to armed jihad. All of us, in once voice, need to denounce and condemn armed jihad as a seventh-century construct, not applicable in this day and age.
How have media addressed the issue? They immediately brought in "experts" to analyze the motives of the attackers to smithereens. There is nothing left to analyze. It is simple: It is a war against us. Let us stop the talking heads and take some action.
Political correctness should not trump the truth.
To bring home this point: Following an attack on two Canadian military officers in Toronto on March 14, 2016, I was invited the next day by a local TV station to comment. At first, the media did not wish to publish the words spoken by the attacker: "Allah made me do it." The next day, the news reported that the attacker had "mental health issues." Again, no surprise here. Mental health issues are a good "fallback." But I said on the news that if a person has the wherewithal to find a specific military location and attack two officers, he is capable of being a terrorist.

Once again, we failed to connect the dots. The CTV News clip of my interview never made it to the internet. Are they not able to handle the truth?
Following a terrorist attack on two Canadian military officers in Toronto last week (left), the media initially did not wish to publish the words spoken by the attacker: "Allah made me do it." Following yesterday's bombings in Brussels, the media immediately brought in "experts" to analyze the motives of the attackers. There is nothing left to analyze. It is simple: It is a war against us.
Our leadership, meanwhile, has developed a philosophy of "hug-a-terrorist" and deflecting the conversation into a politically correct Kumbaya mode.
On October 22, 2014, I wrote an open letter to Canadians on my blog. In this I made some clear suggestions about the dangers we face, and solutions. The backlash was fast and furious, not only from Muslims but from bleeding-heart white liberals -- those who do not help our cause by promoting the victim ideology.
So, once again we are standing where we were many years ago, but worse off because hundreds more civilians have been slaughtered in the radical Islamist war against the West.
Countering this armed jihad is our responsibility because the problem emanates from the House of Islam and the lives of our next generations are at stake here.
There are solutions. The Organization of Islamic Cooperation (OIC), which has a membership of 57 Muslims states spread over four continents, is the second largest inter-governmental organization after the United Nations. The world needs to take the OIC to task and challenge it about what it has done or is doing to stem the tide of violence emanating from the Muslim world.
The world needs to understand that ISIS is not trying to set up a Caliphate. The OIC is the Caliphate. Its members conveniently look away in face of blatant terrorism because their only focus is to dislodge Israel and condemn the West.
We cannot let the OIC speak for us. We face a simple choice: We can either speak out ourselves or wait for Mr. Trump to be elected and he will do it for us.
Originally published by Gatestone Institute.