All These Years Later, Netanyahu Is Finally Vindicated 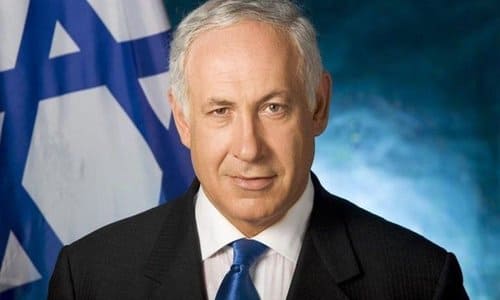 By Fiamma Nirenstein/JNS.org May 15, 2018
Share this article:
Jerusalem buzzes with joy in these hours, and so, too, does Israeli Prime Minister Benjamin Netanyahu. An amazing spectacle of fireworks above the City of David is being prepared, the streets are decorated with flowers, and the U.S. consulate has finally become an embassy.
These days, Netanyahu--apart from the call of the usual battle that has accompanied him since 1967, when at 18 he returned to Israel from America to enlist in an elite commando unit--in one way or another seems relaxed because he now feels the winds of appreciation, enjoys more favorable international standing than ever and can smile at those throughout the world who previously criticized him as he steadfastly upheld his citizens' rights to self-defense.

Things are definitively changing. Even the European Union--after Israel responded to Iran's recent barrage of rocket fire--has recognized the Jewish state's right to defend itself.
U.S. President Donald Trump tore up the Iranian nuclear deal that Netanyahu had been fighting alone. Europe, however, doesn't want to scrap the deal just yet, though recent speeches by French President Emmanuel Macron and German Chancellor Angela Merkel seem to suggest that they have begun to understand that the prospect of business profits are not enough to uphold it.
During Netanyahu's trip last week to Moscow, we saw him standing next to Putin while "Hatikvah," Israel's national anthem, was played at Red Square. The fact that on that same day, shortly after Netanyahu's return home, Israel reacted to Iran's assault by striking 50 Iranian military bases inside Syria (whose president, Bashar Assad, is protected by the Russians) means that Israel's goals are not being ignored, and that Putin perhaps understands that his Iranian ally at this stage represents more problems than advantages for him.
In recent months, Netanyahu has been hit by judges and the police who have even found three "state witnesses" from inside his own office who can attest to their charges. Even his wife, Sara, has been questioned and almost persecuted for alleged wrongdoings; a gift of cigars to Netanyahu has been manipulated in order to accuse him of intolerable corruption.
Netanyahu is certainly an assertive character, even hard at times, but when he declares, "They won't find anything because there is nothing to find," he's telling the truth. We must not forget that he hails from the home of Benzion Netanyahu--a scholar born in Warsaw who went on to become one of the most important historians of the Jewish people.
The prime minister's mentor, Zeev Jabotinsky, instilled a strict and patriotic education upon him and his brothers: Iddo, a physician, author and now renowned playwright; and Yonatan, a commander in the Israel Defense Forces's elite Sayeret Matakal unit, who was killed during "Operation Entebbe" in 1976--a hero for having rescued 102 hostages.

Netanyahu's character is inspired by Jewish history, even if he isn't religious. At 68, his imagination is colorful, expressive and nourished by books. His ability as a leader is matched by a natural attention to thorough communication.
Philip Mahiga , Tanzania's Minister of Foreign Affairs Augustine, holds that Israel's relations with Africa over the last decade are mainly due to Netanyahu, "who has correctly interpreted the times, the changes, the political dynamics, especially after the end of the Cold War, that are transpiring in Africa [...] in a post-ideological age."
Similarly, he has done the same vis-à-vis India, China and South America. Netanyahu has single-handedly fostered good relations with other countries throughout the world, so much so that one of the usual resolutions at UNESCO, which again recently sought to negate Jewish historical ties to Jerusalem, was blocked.
He has also moved the accent from a frantic search for agreement with the Palestinians--who always say "no"--in search of common interests with moderate Sunni Arab countries. Today, in fact, the Saudis have opened their airspace to Israeli aircraft, which can now fly more quickly to India; Egypt shares Israel's fight against terrorism; and Bahrain declares that Israel is good at defending itself.
A recent poll in Israel has Netanyahu and his Likud Party gaining 42 seats in the upcoming elections. The Israeli economy is going strong; Netanyahu has also won his economic battle (he has a graduate degree in business administration from MIT) for a free market and has been instrumental in raising Israel's GDP, which today is higher than any European country.

Is it logical that a premier elected four times can be engulfed by an onslaught of accusations; the most stupid of them is that he hates the Palestinians. Not true at all: His political life is punctuated by attempts to make peace, regularly pushed back by former PLO leader Yasser Arafat and current P.A. leader Mahmoud Abbas.
His attitude is far from that a "warmonger." Hebron wouldn't have been shared if he hadn't signed an agreement with the PLO at Wye Plantation in 1998; and his responses to aggression from Gaza prompted by Hamas have been slow and pondered. For sure, also in these new circumstances, he is searching for an opportunity to leave a positive mark.
This is his moment of glory after a solitary 30-year battle in which he has repeatedly stated to all who'd listen that Iran not only poses the greatest threat to Israel's existence, but also to the world. In 2015, when Netanyahu spoke before the U.S. Congress, he defined the Iran deal that then U.S. President Barack Obama wanted as wrong and dangerous, while still he continued diplomatically to praise him as a great friend of Israel.
Nevertheless, he was accused of having alienated American-Israeli relations at the time. Now, everybody can see that it was not true. Already in 1992--in one of his first speeches to the Knesset--he warned about the danger of a nuclear Iran, and in 1993, he wrote that "the worst danger for the existence of Israel is not the Arab countries, but Iran."
Now that everybody can see that the United States is Israel's best ally, Netanyahu has been acknowledged for his role in understanding, like Winston Churchill did in relation to Hitler, the real danger while everyone else denied it. Today is not only a day to celebrate the transfer of the U.S. embassy to Jerusalem, but also one in which to applaud the long, hard work of Netanyahu.
Originally published at JNS.org - reposted with permission.