The Real Purpose Of A Cashless Society 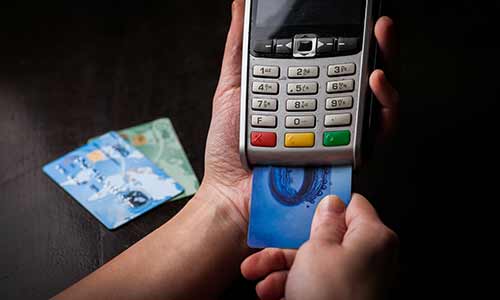 By Tom Olago April 05, 2016
Share this article:
Countries worldwide are actively working towards eliminating cash-based transactions in favor of electronic and biometric options. Does this trend merely reflect the embracing of technologically-driven advantages that allow banking and finance to be conducted more efficiently? Could there be more than meets the eye?

One might be forgiven for shrugging it all off as coincidental or inconsequential. After all, technological advances do come with benefits that governments, businesses, and individuals can capitalize on all the time. Nevertheless, indications also point to a parallel but very systematic and deliberate process towards a global cashless society - with implications for every person operating within today's monetary and financial systems.
Mike Konrad for theamericanthinker.com recently fronted the view that governments will rise to the occasion and soon will be making cash illegal.
"It (cash) can be spent any way one pleases, with no one watching.   It can be hidden from the government to avoid taxes.  It can be used to engage in transactions of a semi-legal nature.  It has power that the government cannot control, and that is why it has to go", Konrad explained.
He further provided a sample of headlines, all less than two months old that give us a scary view as to what is coming:
- Bring On the Cashless Future - Bloomberg
- China buyers go virtually cashless - The Star
- Norway's Biggest Bank Calls For Country To Stop Using Cash - Int'l Business Times
- Cashless future underway as Canadian consumers have more credit, debit and app options than ever - CBC
- In Sweden, a Cash-Free Future Nears - NY Times
- Germany proposes new cash ban and capital controls as Europe rushes towards NIRP - Examiner.
Megan McArdle for the nationalpost.com recently made reference to the cashless society drift already taking root in Korea and Sweden. McArdle argued that for all the attendant benefits of crime reduction such as the near-elimination of tax evasion, curtailing armed robberies and the easy flow of drug trafficking proceeds, there remains one major downside: the amount of power that the cashless society gives the government over its citizens.
McArdle explains that unmonitored resources like cash create opportunities for criminals. But they also create a sort of cushion between ordinary people and a government with extraordinary powers. Removing that cushion leaves people who aren't criminals vulnerable to intrusion into every remote corner of their lives. For this reason, we also need to think seriously about limiting the ability of the government to use the payments system as an instrument to control the behaviour of its citizens.
Which country is likely to become the first cashless society? Sweden seems to be on track to beat them all to the finish line, becoming  the fastest test-case scenario of what a cash-free future may look like. In late December, Liz Alderman for the nytimes.com explained that few places are tilting toward a cashless future as quickly as Sweden, which has become hooked on the convenience of paying by app and plastic.
Bills and coins now represent just 2 percent of Sweden's economy, compared with 7.7 percent in the United States and 10 percent in the euro area. This year, only about 20 percent of all consumer payments in Sweden have been made in cash, compared with an average of 75 percent in the rest of the world, according to Euromonitor International.
It is also a practical matter, Alderman continues, as many of the country's banks no longer accept or dispense cash. "We don't want to be behind the times by taking cash while cash is dying out," said Bjorn Ulvaeus, a former Abba music band member who has leveraged the band's legacy into a sprawling business empire that includes the Abba Museum.
Not everyone is cheering. Alderman noted that Sweden's embrace of electronic payments has alarmed consumer organizations and critics who warn of a rising threat to privacy and increased vulnerability to sophisticated Internet crimes.
Last year, the number of electronic fraud cases surged to 140,000, more than double the amount a decade ago, according to Sweden's Ministry of Justice.Older adults and refugees in Sweden who use cash may be marginalized, critics say. And young people who use apps to pay for everything or take out loans via their mobile phones risk falling into debt.
"It might be trendy," said Bjorn Eriksson, a former director of the Swedish police force and former president of Interpol. "But there are all sorts of risks when a society starts to go cashless."
Swedish churches too have embraced the conveniences of the cashless payments bandwagon which is said to be cheaper and easier to process than cash. At the Filadelfia Stockholm church, so few of the 1,000 parishioners now carry cash that the church had to adapt, said Soren Eskilsson, the executive pastor.

During a recent Sunday service, the church's bank account number was projected onto a large screen. Worshipers pulled out cellphones and tithed through an app called Swish, a payment system set up by Sweden's biggest banks that is fast becoming a rival to cards.
Other congregants lined up at a special "Kollektomat" card machine, where they could transfer funds to various church operations. Last year, out of 20 million kronor in tithes collected, more than 85 percent came in by card or digital payment.
Despite the conveniences, even some who stand to gain from a cashless society see drawbacks. According to Jacob de Geer, a founder of iZettle which makes a mobile-powered card reader: "...But Big Brother can watch exactly what you're doing if you purchase things only electronically".
However, the rate of progress for the countries towards the coveted 'no cash please' status has been varied. Israel, for instance, started the process towards the conveniences of becoming a cashless society several years back. According to Yossi Aloni in a May 2014 report for Israel today, a special committee headed by Prime Minister Benjamin Netanyahu's chief of staff, Harel Locker, then recommended a three-phase plan to all but do away with cash transactions in Israel.
The motivation for examining a cashless economy was combating money laundering and other tax-evasion tactics, thereby maximizing potential tax collection and greatly expanding the tax base. This was considered important due to the enormous strain put on Israel's national budget by the army, healthcare system and other public services.
The committee estimated that the black market represents over 20 percent of Israel's GDP, and cash is the facilitating factor - enabling tax evasion, money laundering and even financing terrorism.
Israel consequently imposed cash limits or businesses and individuals. Any violation of these limits would be a criminal offense warranting a stiff fine. In conjunction with these new restrictions, Israeli banks would also be required to provide all account holders with debit cards further to promote electronic payments.
South Korea is another country where cashless transactions are gaining traction very fast. Yoon Ja-young for the Korea Times recently reported that cash is giving way to credit cards and fintech payments. Those who have left wallets at home find they can do perfectly well without banknotes and coins, so long as they carry credit cards with their smartphones.
The Bank of Korea is planning a "cashless society" by 2020. If a shopper buys a 9,500 won item and pays with a 10,000 won banknote, for instance, the shopper will be credited 500 won to his or her prepaid card instead of getting a 500 won coin in change.
"To accelerate the transition into a cashless society, there should be more tax benefits for non-cash transactions while increasing costs and burdens for those holding or managing cash," said Lee Hyo-chan, the head of the research center at the Credit Finance Institute.
So what will all this lead? Mike Konrad for theamericanthinker.com reads a sinister motive into these seemingly co-ordinated trends, mincing no words: "The real purpose of a cashless society will be total control: Absolute Total Control...The end result will be the loss of all autonomy.  This will be the darkest of all tyrannies.  From cradle to grave one will not only be tracked by location, but through purchases".
He concluded: "Liberty will be non-existent. However, it will be sold to us as expedient simplicity itself, freeing us from crime: Fascism with a friendly face. Perhaps the scariest consequence of all is that an individual can be "terminated" by a bureaucrat erasing his identity.  Do not kid yourself, it will happen. Real 'Mark of the Beast' stuff".

December 03, 2020A Return To Global Appeasement