Gaza And Iran: One And The Same 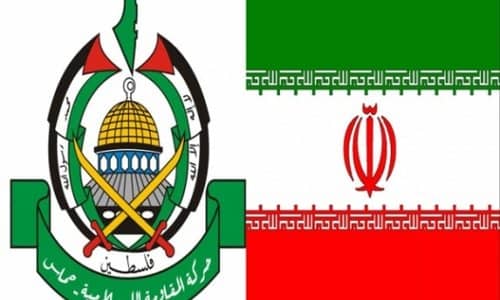 By Ariel Kahana / JNS.org July 11, 2018
Share this article:
Suddenly, everyone feels sorry for Gaza.
Israeli Defense Minister Avigdor Lieberman recently said, "Enough with all the delusions and illusions that improving the economic situation will put an end to terror." Instead, he said, the economic situation is doing the exact opposite, as evidenced by the deal with Cyprus to build a seaport there for Gazans.

Israeli Prime Minister Benjamin Netanyahu has said that "Israel will continue searching for ways to improve the humanitarian situation in Gaza." Energy Minister Yuval Steinitz has been invited to the White House to close a deal with envoys Jared Kushner and Jason Greenblatt to develop Gaza's offshore natural gas reservoir, and find "solutions that will ease the humanitarian situation, including the supply of electricity and water."
Donald Trump's special envoys also seem to be focusing on Gaza. "What's happening in Gaza is very sad. The humanitarian situation there began way before President Trump began his term in office, but we still have to do what we can to improve it," Kushner said two weeks ago in an interview with the Arab newspaper Al-Quds. Greenblatt mainly uses Twitter to note the crisis in Gaza, although he does so while pointing an accusatory finger at Hamas.
However, herein is the crux of the matter. As long as Hamas controls Gaza, its belligerence towards Israel won't decline, even if the economy there unexpectedly booms.
There are sufficient historical examples -- from the disengagement to the days following Operation Protective Edge -- to illustrate this. The idea that improving living conditions in Gaza will reduce Gazans' hostility toward Israel is an illusion. Those who disagree need only look east.

The Iranian regime is starting to feel the adverse effects of American sanctions choking its economy. The Iranian people are paying for the leaders' crimes, although presently it's difficult to see another viable way besides war to curb this regime's violent, expansionist ambitions.
Israel ardently supports applying heavy pressure on Iran. Netanyahu has waged an all-out war on the nuclear deal with Iran, partly because the billions of dollars that Iran received as part of the deal weren't used for the benefit of regular Iranian citizens, but to fuel the ayatollahs' aggression throughout the Middle East.
We can expect the same in Gaza. Any humanitarian relief in Gaza will only serve to reduce pressure on Hamas and let it reap the benefits. It will help Hamas improve its military capabilities, which it has done ever since Israel allowed cement and other material to enter Gaza in the wake of Protective Edge. Despite Israel's exceedingly humane approach, Hamas is currently armed to the teeth. Israel's security situation has actually gotten worse.
Therefore, the approach to Gaza and Hamas has to mimic the approach to Iran and the ayatollahs. No relief, no gestures, and no help -- only a strong choke hold until Hamas breaks. With all due sorrow over the suffering there, pressure cannot be lifted from the Gaza Strip.

Quite the opposite: Israel and the United States must treat Gaza and the recalcitrant organization controlling it in precisely the same manner as the regime ruling Iran and actively strive to topple it.
The residents of Gaza, much like the citizens of Iran, are in part victims of the oppressive, violent regime making their lives miserable while pursuing, at their expense, war with Israel. In both cases, neither conciliation nor naivete is the remedy.
The only answer is to chop off the head of the snake in Tehran and its tail in Gaza. After all, it's the same snake.
Originally published at JNS.org - reposted with permission.