Why Your Kids May Become Atheists No Matter What You Do 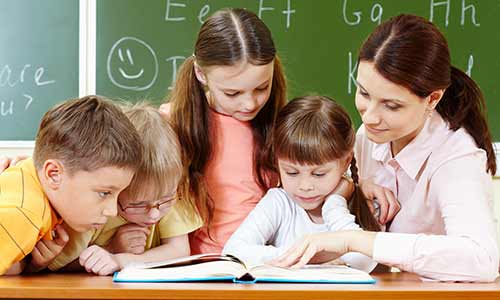 By Natasha Crane/Christianmomthoughts.com April 06, 2016
Share this article:
My 5-year-old and I were playing the game Connect Four the other day and, for the first time ever, she was in a position to beat me. I absolutely won't let my kids win a game for the sake of winning, but when I see that they've gotten into a position to win on their own, I'm willing to point it out (yes, I am that generous).

All my daughter had to do was put her checker in a specific spot and it would guarantee a win on her next turn.
I excitedly explained, "You're going to win! You did it on your own! I didn't let you win at all! Look. If you play right here, you are going to win on your next turn no matter where I play next."
She looked at it a minute and realized I was right. A guaranteed win if she played where I showed her.
Then she played somewhere else.
I was flabbergasted that my little girl, who has long been desperate to beat me at Connect Four, didn't take the guaranteed road to victory. I literally couldn't understand it.
I blurted out, "What are you doing?! You FINALLY could have really beaten mommy! WHY didn't you play where I showed you?"
She shrugged, then replied, "Because I wanted to play over here."
Reminder: Our Kids Aren't Purely Rational Creatures
My daughter's response was positively maddening because it was so illogical. Why give up the win just because you "want" to play somewhere else? It didn't make sense.
But it made me reflect on the fact that humans are not purely rational creatures. There are all kinds of reasons why we make the decisions we make, and that includes the decisions we make about our spiritual life.
This is precisely why, no matter what we do, our kids may become atheists.
If you've been reading my blog for a while, you know I'm passionate about equipping Christian parents with an understanding of secular challenges and helping them address these with their kids. I strongly believe that if we aren't intentional in how we disciple kids today, we are failing them in the most important area of their lives. So does it sound contradictory that I'm now saying no matter what we do, our kids may become atheists?
It shouldn't.
It's simply an acknowledgment that even when we line up the checkers of truth and point clearly to how our kids can "win" spiritually, they may choose to do something else.
Dr. Gary Habermas has offered a framework that further illuminates this reality. He suggests there are three kinds of spiritual doubt that people deal with in determining their faith:
Intellectual doubt is doubt about the facts of Christianity. It's when you question the information you have and/or are presented with new information that makes you question it. The intellectual challenges to faith are everywhere today, having been brought to the public's attention by vocal atheists like Richard Dawkins.
Emotional doubt is doubt created by subjective feelings that aren't necessarily tied to the facts. For example, your child may understand 1 million important facts about the truth of Christianity, but after he or she loses a friend to a terrible disease, none of those facts may matter. The looming emotional question of why God could allow such a thing may be beyond the reach of all the intellectual reasoning in the world (at least for a period of time).
Volitional doubt is choosing to doubt even when one doesn't have apparently reasonable cause to do so. It's analogous to my daughter choosing to play in the wrong place just because that's what she wanted to do. Pride is a significant factor here.

Research shows that the exodus of youth from Christianity today is primarily due to intellectual barriers to faith (see David Kinnaman's You Lost Me, for example). Kids are leaving home unprepared with basic facts and information about why there is good reason to believe Christianity is true and are subsequently losing their faith when they are presented with compelling information that challenges what they previously believed.
There is no excuse for Christian parents allowing their kids to leave home subject to so many intellectual doubts.
First Peter 3:15 tells us that we should all be prepared to give a reason for the hope we have. Not just people who happen to have a Master's degree in Theology or Apologetics. Not just people who happen to have some time and energy left over after taking their kids to their 13th extra-curricular activity for the week. All of us.
My book, Keeping Your Kids on God's Side: 40 Conversations to Help Them Build a Lasting Faith, is written explicitly for that purpose: to give parents the critical information they need to equip their kids with so their kids can encounter intellectual challenges with confidence.
Does that mean our kids won't become atheists, as long as we give them enough information? Of course not. Remember, there are still emotional and volitional doubts that are part of the picture (as well as intellectual doubts that some will continue to have). We can help them build a lasting faith, but ultimately their faith is not in our control.
That said, we should never be discouraged away from putting all we can into our kids' spiritual development. Here's why.
(The following is an excerpt from the final paragraphs of my book.)
The time and consideration we give to our kids' faith development is an investment, not a purchase.
With a purchase, a person gives with the expectation of a certain and specific return.
With an investment, a person makes contributions, knowing that there is also a risk of that investment not resulting in the desired outcome.
Make no mistake: It's an investment of our training efforts that God has asked us to make with our kids (Deuteronomy 6:6-7). There are no guaranteed outcomes, as with a purchase. For a long time, I didn't fully grasp that difference. I envisioned certain outcomes for my children based on the effort I was putting into their spiritual development. When they didn't live up to my expectations, it resulted in my frustration and even anger. It made me not want to do anything more because it didn't seem worth it.
Then I realized one day that I was pursuing results, as if I could purchase those outcomes with the currency of my efforts. I was immediately convicted of the error in that thinking and realized I needed to become an investor. I felt liberated--newly free to do the job God has given me without the burden and illusion of control.
So go be an investor. Put in all you've got. Then pray that God will take that and make it grow, all for His glory.
Learn more about Natasha's New Book, Keeping Your Kids on God's Side: 40 Conversations to Help Them Build a Lasting Faith