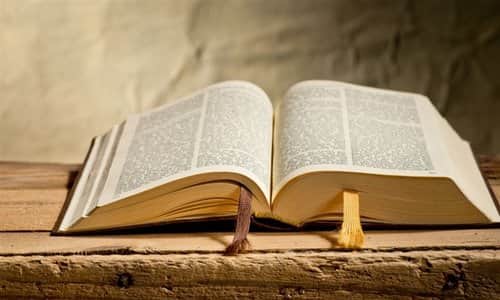 By PNW Staff July 20, 2018
Share this article:
The results of the Barna and American Bible Society's annual State of the Bible survey are in, and the results show are an interesting glimpse at the role of scripture in American society in 2018.
Though Americans are increasingly accessing the Bible through technology, print remains dominant, perhaps more so than for any other book. Here are some of the key conclusions from the annual State of the Bible survey:
1. Bible Access Trends
Since 2011, the percentage of Americans who read the Bible in print form has fluctuated above and below 90% but has landed right back at the 89% where it was when the question was asked in 2011, despite the increase in electronic access.
Those accessing the Bible over the Internet has grown from 40% in 2011 to 57% today and those using smartphone to access the Bible have increased from 20% up to 55% now. Bible apps for smart phones did not even appear on the survey in 2011 and now 42% of Americans use them to read the Bible on a regular basis.
2. Bible Readership Remains Consistent
Since the survey began in 2011, regular Bible reading has not shown a statistically significant change. Daily Bible readers, which includes print, screen and even audio Bible use, are at 14% of the American population followed closely at 13% by those who read or listen to the Bible several times per week. Another 8% read or listen to the Bible one time per week and another 6% just once a month.
Less frequent Bible users, just a few times per year, account for another 8% of Americans. Bible use in church services was discarded for this question, so only engaging with scripture elsewhere counts for the purposes of this survey, and the numbers add up to 35% of Americans who read or listen to the Bible at least once a week and 27% between several times a week to daily.
3. Most Active Readers Are Baby Boomers in the South and in Cities
The Southern states show Bible usage at 55% while the Northeast drops that down to 40% with the Midwest coming in between at 49%. In a surprise generational shift, Baby Boomers bested the elder generation 51% responding as regular Bible readers while those in the Greatest Generation trailed at 48%.
Perhaps an even larger surprise was the fact that Millennials are reading the Bible at a rate of 47% compared to 45% of Generation X, challenging the belief that younger generations are drifting away from Christianity. City dwellers also came out ahead of suburbanites 54% to 42%. While the regional geographic breakdown shouldn't come as a surprise, the split between urban/suburban and the generational trends is cause for closer study.
4. A Majority of Curious Americans
The study indicates that as many as 66% of people are curious to find out what the Bible has to say about many different topics and 29% responded that they were very curious. So even those who aren't taking the time to regularly read their Bibles, they are still curious and receptive to its message. Those with children, those without advanced degrees and those who attend church on a regular basis expressed the most curiosity to know more.
5. People Try to Apply the Bible to Their Lives and Believe It Helps Them Grow
Perhaps even more encouraging than the large numbers of Americans who regularly read their Bibles, the survey indicates that 53% of Americans who read the Bible at least once a week give a significant amount of thought to how they can apply the wisdom and commandments from the Bible in their own lives.
This is what is most important, after all, taking the Bible from just another book to the actual living Word of God. Likewise, more than half of regular Bible readers feel that reading their Bibles has helped them grow spiritually.
6. The Bible Continues to Transform Lives
Most heartening of all is the fact that 58% of adult Americans believe that the message of the Bible has transformed their lives, and 28% agree with that statement strongly. This speaks to the transformative power of the Holy Scripture and its ability to raise people up out of darkness and into the grace of the Lord.