Beware The Ministry Of Truth: Do We Want The Govt Deciding What Is Fake News? 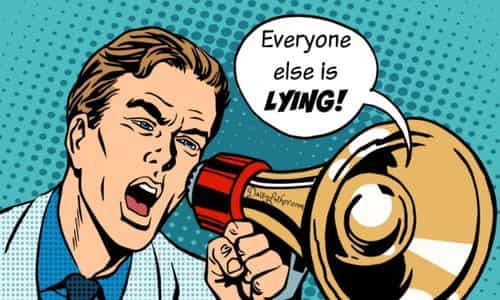 By Aaron Kesel/Activist Post July 27, 2018
Share this article:
The infamous moniker "fake news" has been pushed since the 2016 election and lawmakers all over the world are now seeking to trample on human rights in a bid to stop "fake news."
Russia is the latest to propose draconian legislation to stop the spreading of "fake news."
Russia has proposed the insane notion of fining social media companies. Under the new legislation, websites would be responsible for deleting inaccurate user comments, The New York Times reported.
If passed in Russian parliament, the new law would require websites with more than 100,000 daily visitors and a comment feature to remove inaccurate information posted by users within 24 hours of the post. If websites fail to comply, the sites could face a fine of up to 50 million rubles or ($793,000).
Artem Kozlyuk, the founder of anti-censorship site Roskomsvoboda, told The New York Times that although the bill is being packaged as a way to boost public safety and stem harmful misinformation, these types of efforts typically end the same way, with the "expansion of the government's powers and censorship."
Earlier this year, the Russian telecom regulator announced it was preparing a draft decree designed purely and simply to block all content that contains false information.
Since July 2016, content aggregators have been required to verify the veracity of reports that they publish if they do not come from media outlets registered in Russia. The Russian Foreign Ministry has posted a new section on its official website dedicated to debunking fake anti-Russian news stories published by international news outlets.
Earlier this year, Malaysia passed a law that criminalized the spread of fake news that allows for a prison time of up to six years for offenders, while Egypt's parliament recently approved legislation that will treat popular social media accounts and blogs as traditional media outlets putting more pressure on citizens.
Meanwhile, in the U.S. last month, the state of California proposed a bill to consider creating a "fake news" advisory group in order to monitor information posted and spread on social media, CBS reported.
Senate Bill 1424 would require the California Attorney General to create an advisory committee by April 1st, 2019. Further, the council would need to consist of at least one person from the Department of Justice, representatives from social media providers, civil liberties advocates, and First Amendment scholars.
The advisory group would be required to study how false information is spread online and come up with a plan for social media platforms to fix the problem. The Attorney General would then need to present that plan to the Legislature by December 31st, 2019. The group would also need to come up with criteria establishing what is "fake news" and what is just biased information.
The Electronic Frontier Foundation opposes the bill, calling it "flawed" and "misguided." The group argues the measure would make the government and advisory group responsible for deciding what is true or false. It also points out the First Amendment prevents content-based restrictions, even if the statements are "admittedly false."
In recent years (increasingly at a rapid rate in the last few months especially), we have seen a visible crackdown on freedom of speech in a number of countries seeking to silence political opinion and news including Egypt, France, Germany, Indonesia, Brazil, Italy , Singapore, Philippines, Russia, India and of course China.
Article 19, an organization formed in 1987 to defend free speech, stated in an article that "a number of countries around the world prohibit the dissemination of false information, even if it is not defamatory in nature." It adds, however, that these laws against fake news are "rare in the more established democracies and have been ruled unconstitutional in some."

The U.N. Human Rights Council has "reiterated that false news provisions 'unduly limit the exercise of freedom of opinion and expression," notes Article 19.
The U.N. council has upheld this even in cases of news that may cause public unrest, on grounds that "in all such cases, imprisonment as punishment for the peaceful expression of an opinion constitutes a serious violation of human rights."
Many alternative news websites were included in an egregious list that labeled the alternative media "fake news" and propaganda following the 2016 U.S. presidential election.
Subsequently, there were certain provisions within the 2017 National Defense Authorization Act that enabled a move to criminalize 'fake news, propaganda' on the Web; it was covertly signed into law by former U.S. President Barrack Obama.
Last year, a House of Representatives resolution H.RES. 191 by Democrats called for "opposing fake news and alternative facts."
No matter what country you live in, or what your personal political beliefs are, as citizens we should all collectively agree that allowing our governments to tell us what is and isn't propaganda or "fake news" is dangerous. It's just one step closer to 1984, where a Ministry Of Truth is established like the one proposed in California decides what the public can and can't view.
Originally published at Activist Post - reposted with permission.