The Unreliable Sunni Alliance Will Not Lead To Peace 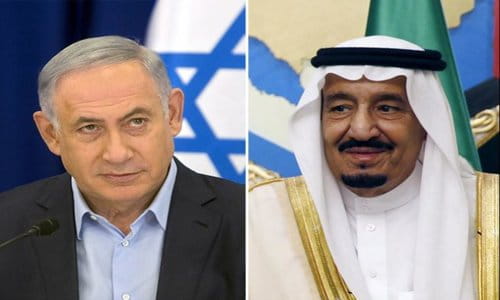 By Ofir Haivry/JNS.org January 12, 2019
Share this article:
In recent weeks, officials in Israel, the United States and the Arab world have been more outspoken about an emerging alliance between Israel and Sunni Arab countries, welcomed and encouraged by the Americans. Such an alliance is supposedly a counterweight to Iranian expansion; in reality, it is a dangerous development with ephemeral, meager benefits at the cost of tangible drawbacks.
Indeed, the Iranian threat towards Israel is growing as Tehran continues spreading its tentacles in Iraq, Syria, Gaza, Lebanon and Yemen. Turkey’s Islamist turn under President Recep Tayyip Erdoğan has negated it as a potential partner against Iran.

As an alternative, officials in Israel and the United States are trying to forge an alliance with Sunni-Arab countries, chief among them Saudi Arabia, Egypt and Jordan. But these are weak, unstable regimes, who invest most of their resources in suppressing domestic opposition.
An alliance with them is being sold to us as a counterbalance against Iran, but the vision of joining the Sunnis is fundamentally unrealistic. The confluence of interests with them is limited and temporary, not worth the price they will demand, and regardless these Sunni states aren’t capable of providing the goods.
Even though Israel and the Sunnis agree on the Iranian threat, they have almost no other interests in common. From an economic or military standpoint, they have little to offer us; and from their end, any overt cooperation with Israel is always met with immense public blowback.
Will the Sunnis fight alongside us in a war with Iran, or at the very least openly support us in any way? Of course not; it’s far more plausible that under pressure from their “streets,” they will converge with our enemy, even if only in appearance.

After all, even the “moderate” Sunni regimes still adhere to a pan-Arab ideology that considers Israel a foreign element. They recognize our presence and cooperate in specific areas, but true and full normalization with Israel would controvert the basis of their existence.
Even when Sunni leaders want a relationship with Israel and derive actual benefits from it, they are essentially incapable of openly saying or doing anything on behalf of the “Zionist entity.” The Saudi crown prince sees us a lifeline against the Iranian threat, but saying so in Arabic will undermine his rule.
In a recent interview, the Egyptian president blurted out a couple of sentences about tight security cooperation with Israel and immediately backtracked fearing public backlash.
The Jordanian king, who relies heavily on Israel to prop up his weak regime—not to mention stave off a mass water crisis—comes out against us in rhetoric and diplomatic measures whenever the opposition in his country gets stronger.
So if they won’t or can’t help us, maybe they can avoid actively hurting us? Here, too, the answer is negative.

A Sunni alliance with Israel, even covert and delicate, would exact a hefty price from us in diplomatic concessions, and handcuff us when we need to act militarily in Syria or Gaza, which has already happened.
During the Gulf War in 1990, Israel didn’t retaliate after Iraqi Scud missiles hit Tel Aviv because it had to preserve Arab support for the United States.
The prize we received for this restraint was the Madrid Conference of 1991, where unprecedented pressure was applied against us to make diplomatic concessions. Now, too, there are those who say we must accept the dangerous Saudi peace initiative or make other concessions for the sake of a Sunni alliance.
It’s critical that we realize we must contend with the threats around us on our own and make it clear to our American friends that the Sunni alliance isn’t just ineffective, but also entirely unreliable. Putting stock in this alliance will only end in buyer’s remorse.
Some Bible prophecy teachers believe the next prophetic event could very well be a conflict between Israel and it's Sunni neighbors as recorded in Psalm 83.  Will this alliance backfire bringing about such events? Find out more here.
Originally published at JNS.org - reposted with permission.