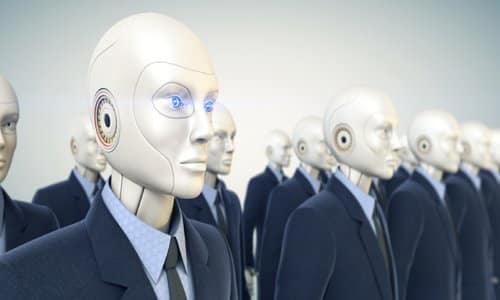 By Jonathon Van Maren/Bridgehead.ca January 30, 2019
Share this article:
Over the past couple of weeks, Tucker Carlson has ignited a firestorm within the American conservative movement by not only questioning the infallibility of the free market, but also by highlighting an inconvenient fact: Sometimes, economic pressures hurt families, and perhaps it is time for conservatives to re-examine some of our ideological commitments in the light of what is best for the foundational institution of our society and the essence of our social stability.
He has also pointed out, much to the chagrin of a panoply of pundits, that corporations are now often arrayed against the little guy and are almost universally committed to pushing a socially "progressive" agenda on the country, using the forces of the market to bully social conservatives and silence Christians.

There has been much squawking and outrage in response, particularly when Tucker Carlson suggested that the government should consider breaking up the monopolies of corporations like Google, which have the most tremendous and unprecedented amount of power over individuals in all of recorded human history--and that governments might even consider preventing corporations from outsourcing entire work forces with new technology like driverless cars in order to ensure that whole populations are not left behind and the resulting social unrest does not tear us apart.
For perhaps the first time, Carlson pointed out, companies like Google have far, far more power over freedom of speech and the exchange of ideas than any government does. They also possess far more information about us than the government does, and thus in some ways have more power.
Establishment conservatives are often uncomfortable with these facts due to their long-term electoral alliance with Big Business and their instinctive suspicion at any suggestion that the government might have any larger role to play (an instinct I share.)
It is time, Carlson warns, to recognize that with the technological revolution Western civilization is entering, we are in uncharted waters. A new era will call for new solutions, and certainly for new conversations, despite the fact that he willingly admits not to have a ready solution at hand (an admission that makes many of his points more compelling.)
Further, Carlson want conservatives to recognize the simple fact that these massive corporations do not care about the average worker--and in fact, that much of their progressive, LGBT, anti-gun virtue-signalling is a way of purchasing cultural indulgences to avoid scrutiny for that fact. In many cases, the elites that run these corporations are globalists with no real loyalty to specific nations, and who are simply rootless cosmopolitans interested in stockpiling ever larger stashes of cash.

It is essential for us to remember, Carlson warns, that the Bolshevism of the 20th century can be seen in part as a response to the upheavals of the Industrial Revolution--and that the populists who voted for Trump and Brexit are fully willing to vote socialist next time if their concerns are not addressed. That, after all, is what happened in Venezuela: Populism brought in Hugo Chavez, not a new-found love for socialism.
In the light of this, a new bombshell report in the New York Times from Davos, Switzerland by Kevin Roose titled "The Hidden Automation Agenda of the Davos Elites" seems to confirm Carlson's analysis--and bodes very ill for social stability over the next couple of decades:
They'll never admit it in public, but many of your bosses want machines to replace you as soon as possible.
I know this because, for the past week, I've been mingling with corporate executives at the World Economic Forum's annual meeting in Davos. And I've noticed that their answers to questions about automation depend very much on who is listening.
In public, many executives wring their hands over the negative consequences that artificial intelligence and automation could have for workers. They take part in panel discussions about building "human-centered A.I." for the "Fourth Industrial Revolution" -- Davos-speak for the corporate adoption of machine learning and other advanced technology -- and talk about the need to provide a safety net for people who lose their jobs as a result of automation.
But in private settings, including meetings with the leaders of the many consulting and technology firms whose pop-up storefronts line the Davos Promenade, these executives tell a different story: They are racing to automate their own work forces to stay ahead of the competition, with little regard for the impact on workers.
All over the world, executives are spending billions of dollars to transform their businesses into lean, digitized, highly automated operations. They crave the fat profit margins automation can deliver, and they see A.I. as a golden ticket to savings, perhaps by letting them whittle departments with thousands of workers down to just a few dozen.
"People are looking to achieve very big numbers," said Mohit Joshi, the president of Infosys, a technology and consulting firm that helps other businesses automate their operations. "Earlier they had incremental, 5 to 10 percent goals in reducing their work force. Now they're saying, 'Why can't we do it with 1 percent of the people we have?'"